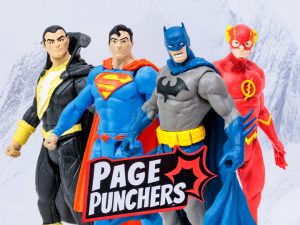 DC Direct x McFarlane Toys are offering a new line of 3″ figures and each includes a comic book. This wave includes Black Adam, The Flash, Superman and Batman, and are priced between $9.99 and $11.99 depending on retailer. Look for these to ship in August 2022. Pre-Orders are available on Entertainment Earth, BigBadToyStore, Things From Another World, Sideshow Collectibles (statues and busts only – they offer 2.5% back for future purchases) and Amazon. 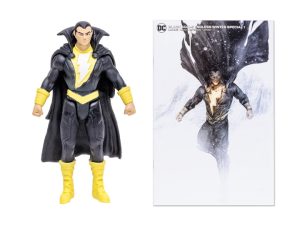 Centuries ago, the same wizard that granted Billy Batson the powers of Shazam!, bestowed mystical powers upon a pure-of-heart youth in ancient Egypt. But when the boy tried to share his power to save his dying uncle, his uncle stole it and became the legendary Super-Villain known as Black Adam! Black Adam has the same magical abilities as his Super Hero nemesis, Shazam!, but Adam’s powers come from the Egyptian gods. Shu grants him stamina; Heru, speed; Amon, strength; Zehuti, wisdom; Aton, power; and Mehen, courage. Black Adam can also fly and is virtually invincible. 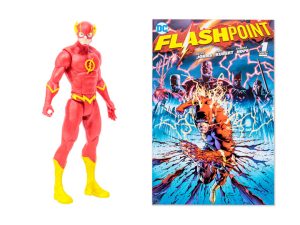 In a freak lab accident, forensic scientist Barry Allen was struck by lightning and doused with chemicals, which gave him the superpowers of the Speed Force. Now he uses these powers to defend his hometown of Central City—and the rest of the world—from the forces of evil as The Flash! The Fastest Man Alive can run up the sides of buildings, across oceans, and around the world at light speed. He can also vibrate his molecules to phase through solid objects! 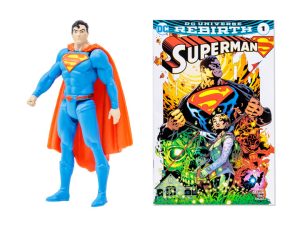 Sent to Earth from the dying planet of Krypton as a baby, Kal-El was found by farmers Martha and Jonathan Kent and raised as their son, Clark. As Clark grew up, the radiation from Earth’s yellow sun gave him extraordinary powers, which he kept hidden. Now fully grown, he uses his powers to protect his adopted world as Superman.

As a child, Bruce Wayne watched as his parents were brutally killed in Gotham City’s Crime Alley. Traumatized by their deaths, he devoted his life to becoming the world’s greatest weapon against crime – the Batman! To become the ultimate vigilante, the Dark Knight disciplined his mind and body to reach the pinnacle of mental and physical superiority in his relentless pursuit of justice!