Hot Toys released solicitations and pre-orders of their upcoming RoboCop 3 – Movie Masterpiece Diecast Series Sixth Scale Figure, which includes two versions, a Special Edition exclusive battle damaged chest armor, and a Collector Edition, and both versions are priced at $375. Pre-Orders are available on Sideshow Collectibles and you can grab the Special Edition by clicking HERE, or the Collector Edition by clicking HERE! 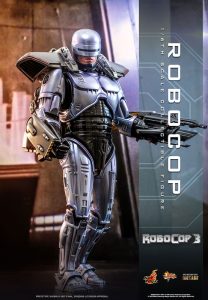 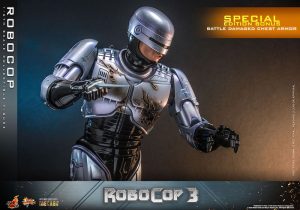 “My friends call me Murphy. You can call me…RoboCop.” – RoboCop

RoboCop is assigned to clean out the less desirable neighborhoods of Detroit by harassing the local residents and must decide if his loyalties side with his developer, Omni Consumer Products, or with helping the citizens of the city he is sworn to protect.

Celebrating the nearly 30 years impact of RoboCop 3, Sideshow and Hot Toys are excited to revisit the truly iconic character – Robocop in sixth scale diecast collectible figure based on this classic Sci-fi movie first released in 1993.

By admin
22 hours ago