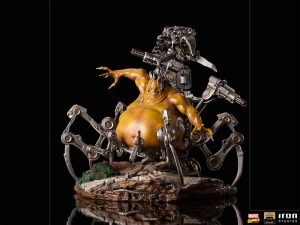 Iron Studios are accepting pre-orders of their upcoming Marvel Comics X-Men Spiral & Mojo Statues, which is part of the X-Men Battle Diorama Series. These can display along with other X-Men statues for a larger diorama display. These are expected to ship in the Third Quarter of 2022.

You can pre-order both at Iron Studios now by clicking HERE!

In addition, if you use coupon code: ToyHypeUSA, you will get $10 off on your order!

He can also be pre-ordered at Sideshow Collectibles and BigBadToyStore.

On top of a fallen fountain in the gardens of Mansion X, she moves gracefully, holding knives and swords in her six arms in complete coordination. Highly specialized in combat, she shows all her skills, with an athletic aptitude and mystical knowledge, as if in a dance, defeating any opponent. Straight from the Mojoverse, Iron Studios presents the interdimensional traveler “Spiral – X-Men – BDS Art Scale 1/10” in one more statue from the X-Men collection. This line composes a grandiose diorama of mutant heroes facing Magneto, Sentinel Robots, and a pantheon of enemies.

Rita “Ricochet” Wayword, a professional stuntman in the past, is a temporal paradox. Attacked by a mutated version of herself from the future called Spiral, she was captured by Mojo, the lord of another dimension, ruled by the entertainment of its inhabitants. In this dimension, Rita underwent physical and mental changes, gaining six arms, some of which are robotic, and an intense enhancement of her mind, allowing her to see and travel through other dimensions and teleport through time. Besides these new abilities, she also acquired mystical knowledge, and under Mojo’s command, traveled back in time and created the events that made her what she is today. With gestures or dance moves, Spiral can teleport herself and countless people across great distances.

Already available for Pre-Order and first seen on Inside Iron Studios Day, August edition, Spiral is added to Iron Studios’ line of X-Men statues where fans and collectors can create their own battle diorama setting with their favorite characters. Stay tuned for all the news that will be announced as they will be added to this collection of so many dimensions and possibilities.

As if he’s come straight out of a nightmare, a burly, misshapen, yellow-skinned being moves like an arachnid. Moved by mechanical paws that come out of a motorized platform to transport his obese body, and supported by a metallic tail, in place of his spine, just like a scorpion, as the tip of his tail releases deadly resources, with claws and particle beam weapons. A fearsome interdimensional sorcerer, master of manipulation and machinist of his universe, he advances, atop a base that resembles the gardens of Mansion X, along with other mutant super-villains, in a diorama setting, alongside Magneto and Robots Sentinels versus the X-Men. For fans and collectors, from the dimension that adds his name, Iron Studios proudly presents its statue “Mojo – X-Men – BDS Art Scale 1/10”.

Mojo is part of a humanoid race called the Spineless Ones (beings without a spine), derived from a planet later named after him, known as the Mojoworld. Located in a compact dimension called the Mojoverse, his species can mentally receive waves of TV program broadcasts sent from Earth, which has made these creatures go crazy, having humans as demons or myths. Once a primitive society, because of one of their scientific geniuses, the Spineless Ones evolved very fast, technologically speaking, becoming dependent and driven by television entertainment. Taking advantage of this, megalomaniac Mojo started creating and producing his shows using slaves as actors in dangerous situations, conquering power among his audience, and becoming the ruler and absolute leader. A constant threat to the X-Men, as they were often abducted by Mojo just for pleasure. With that, he magnified his power.

Always having the help of his main agent, the dangerous Spiral, who will also have her statue from Iron Studios, and, as well as Mojo, is already available for Pre-Order. Fans and collectors will be able to add to their collection another emblematic Marvel villain from Iron Studios’ X-Men collection. A great line of statues on 1/10 scale, which will also bring many new features, and increasingly attracts the highest ratings! 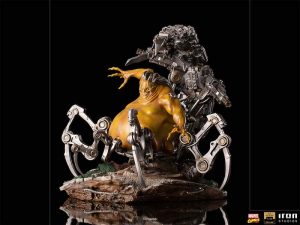 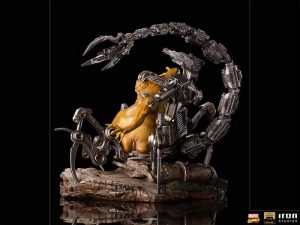 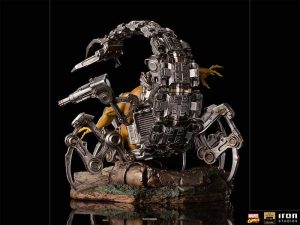 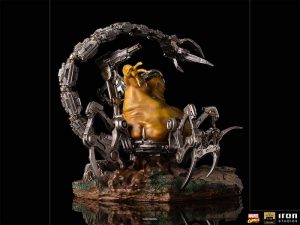 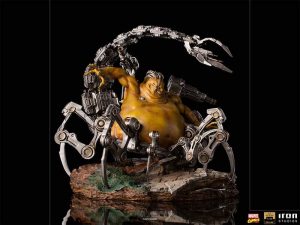 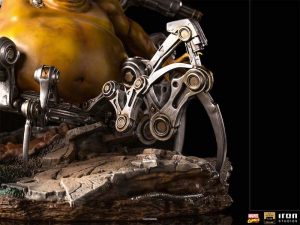 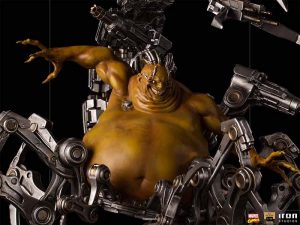 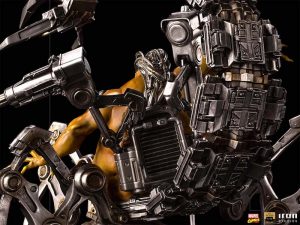 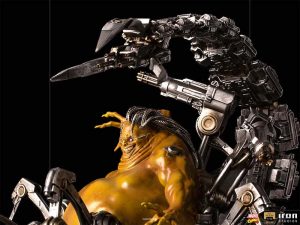 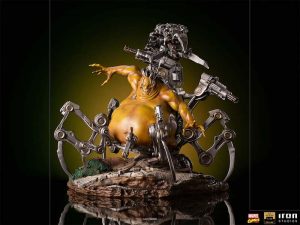 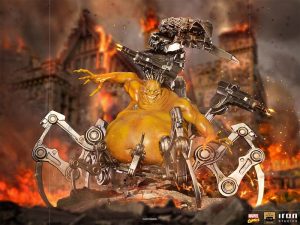 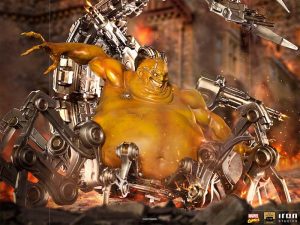 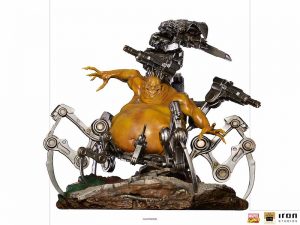 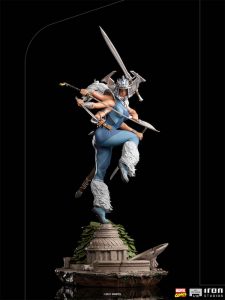 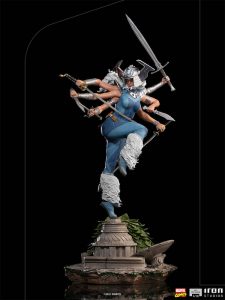 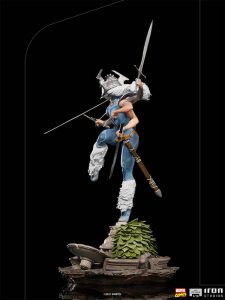 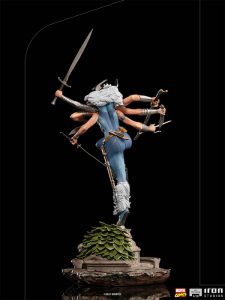 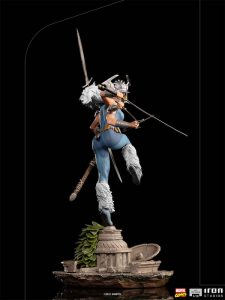 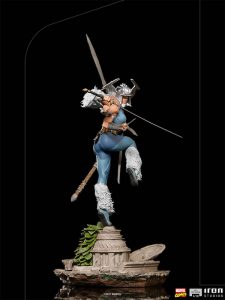 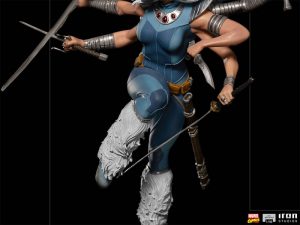 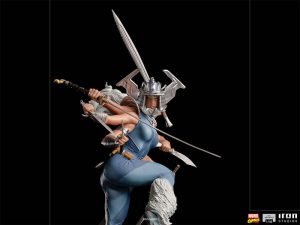 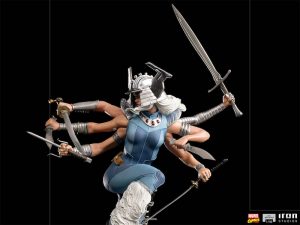 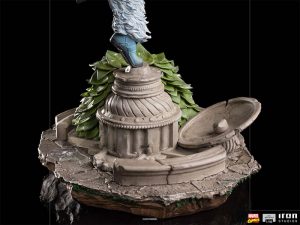 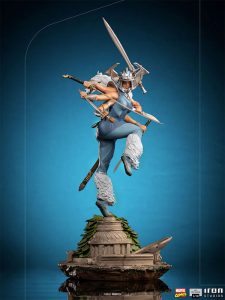 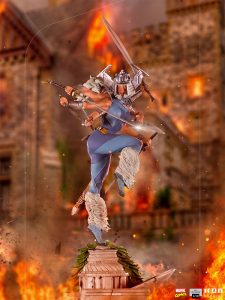 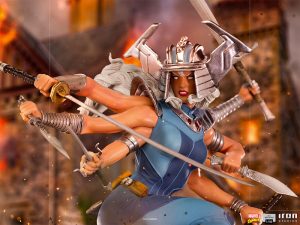 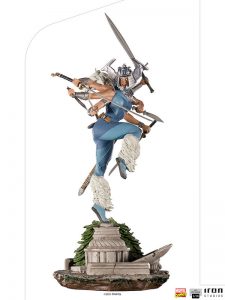