This year for San Diego Comic-Con 2021, Mattel is offering a Jurassic Park. The figure joins their already impressive line-up and will be available to purchase at Mattel Creations starting July 22nd, 2021 at 12 PM EST.

The set is based on the cut scene where Ray Arnold meets his tragic end in the underground bunker by a Velociraptor to the maintenance shed to reboot the power. While the scene wasn’t shown, his arm was found by Ellie Sattler when she left to find him to reboot the power, and found his severed arm just as she was attacked by the same Velociraptor.

The Jurassic Park set is packaged in a box featuring artwork of the maintenance shed or bunker, whichever you prefer to call it, with beautifully done realistic artwork capturing the building, along with the jungle around it. The fence also looks rusty and old, with signage on the front and back. The door of the maintenance shed also has the Jurassic Park logo on top, which looks brand new compared to the building and fence itself. Inside the box, is another box showcasing the maintenance shed, which gives you a closer look at the building. Inside that box, is there The Velociraptor and Ray Arnold are placed, including the diorama scene of the switches to turn the power to the park back on. When you open the box, by pulling the front part downward, you get lights and sounds of film quotes spoken by Ray Arnold, using the voice of Actor Samuel L. Jackson.There are two lights that focus on both Ray and the Velociraptor, and at the end of each line it plays the sound of the Raptor. 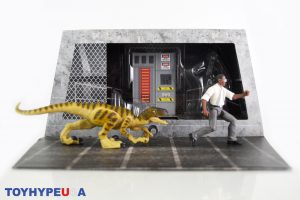 The figures are placed inside plastic trays that are not removable without ripping and cutting into the package, which is probably something you don’t want to do for a convention item. The back panel where the switches are is another item that you probably don’t want to remove from the package, as doing so would require cutting and opening the backside of the package as it’s not possible to simply remove it, due to how it’s placed in the plastic tray. The figures are scaled to 3 3/4″ and are done the same way that other figures are offered in this scale.

Mr. Arnold comes in his white shirt, with light grey stripes, a tie that is hanging down and not tied, dark grey pants, a black belt with a silver belt buckle, and black dress shoes. His articulation is standard for the line, including a ball jointed head, ball hinged shoulders, swivel-hinged elbows, waist rotation, ball jointed hips, swivel-hinged knees, and a swivel left bicep as that is removable. The left arms can be removed and placed into the mouth of the Velociraptor, or on the ground if you prefer.

The Velociraptor itself is a repaint from a previously offered Dinosaur figure, and is given a light grown, with dark brown stripes, metallic green eyes, black toe nails, and a red tongue. The sculpted textures on him look great, and the pose looks as though he is about to jump on Ray Arnold and tear is arm off. His articulation includes swivel arms, swivel hips and a hinged jaw.

Overall, this is an amazing set with a great attention to detail on this deleted scene in the classic 1993 Jurassic Park film. Fans are surely going to want to add this set to your collection.

A question I get a lot of is if I think Ray Arnold will be offered outside of this SDCC set? Well, watch the video and I state my opinion on that.

Additional figures can be found on Entertainment Earth, BigBadToyStore and Amazon. 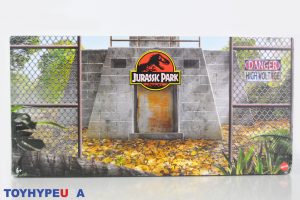 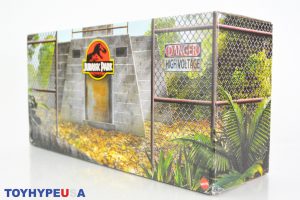 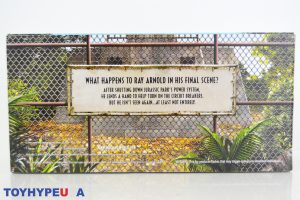 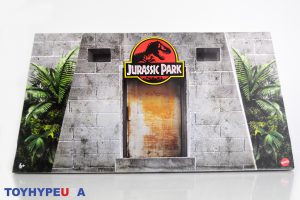 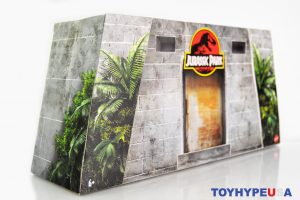 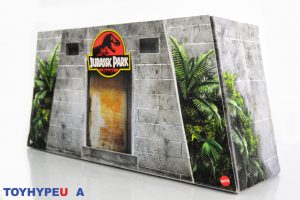 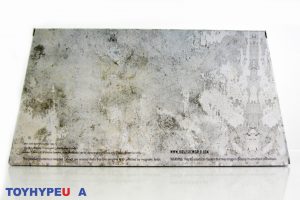 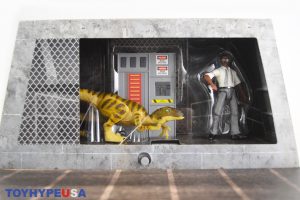 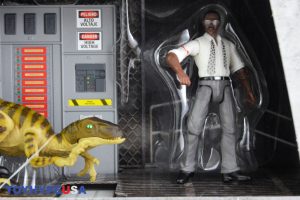 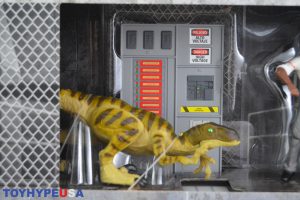 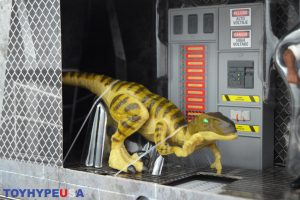 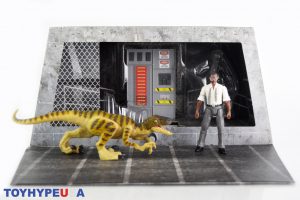 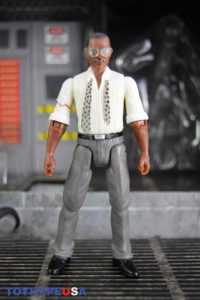 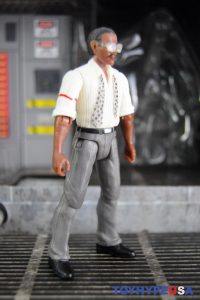 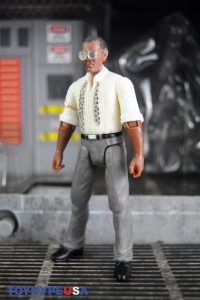 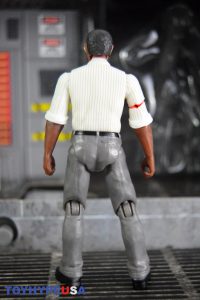 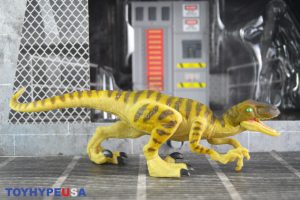 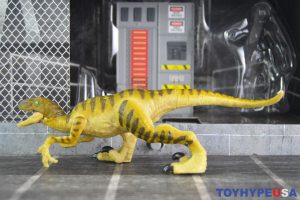 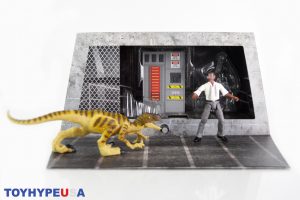 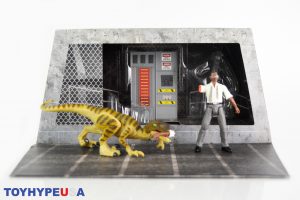 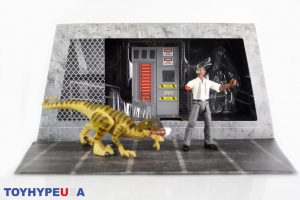 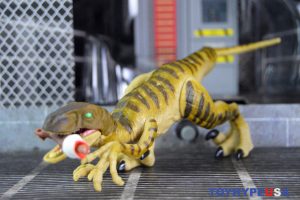 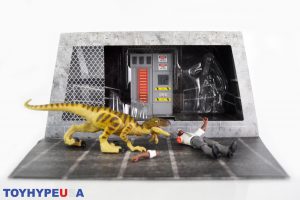 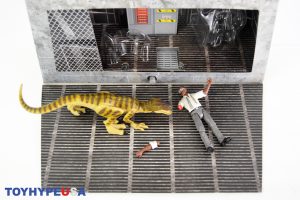 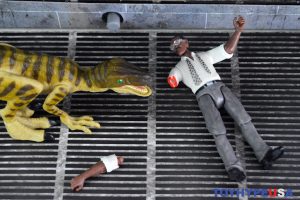 By admin
17 hours ago