Playmates Toys is offering some new Teenage Mutant Ninja Turtles 6″ 2-packs, which is a crossover with Street Fighter for its 35th Anniversary, and these sets are available now. Included in this wave are Leonardo and Ryu, and Michelangelo and Chun-Li. The second wave is will include Donatello and Raphael, along with Gile and Ken. These figures pay tribute to the 1980’s video game, with a screen shot of the game on the back.

Thank you to Playmates Toys for sending along their Teenage Mutant Ninja Turtles x Street Fighter Wave 1 Figures for review.

The figures are packaged in a window box, with artwork and logo’s on the front, images of the characters on the sides, along with additional images, a screen shot of the game and a description on the back. Also on the front are images of the 8 characters included in the series, allowing you to see wave 2. 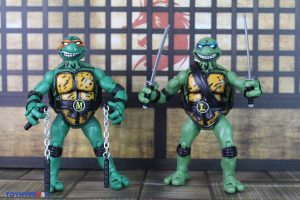 Michelangelo and Leonardo reuse the 2012 figure sculpts that’s been used many times over now, with some new head sculpts and deco that you have not seen before. The deco includes black details on the chests and head sculpts, but is not the pixelated pattern that you saw in the game. Both head sculpts showcase their teeth, with their unique color bandana’s, and the first letter of their name on their belt buckle, with a metallic silver ring around it. Leonardo has a harness across his chest, with sheaths for his katana’s on the back. Michelangelo has a belt around his waist, with holsters for his nunchucks on his back. The accessories are nicely sculpted, with chainlinks for the nunchucks. 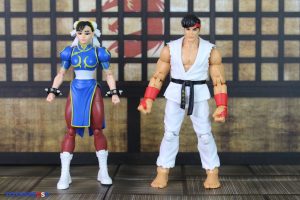 Chun-Li and Ryu is brand new sculpted figures that are also stylized while paying homage to the classic game. Chun-Li comes dressed in her iconic blue and gold tunic with beribboned hair buns and spiked wrist bands. As well as brown pants, white boots, and a white belt around his waist. Ryu comes dressed in his classic white karate outfit, red gloves, and his black belt emblazoned with the four kanji for Wind, Forest, Fire, and Mountains. The head sculpts look great and pay a nice likeness to the characters, with nicely done facial details and deco.

Overall, this is surely a special offering from Playmates Toys that should appeal to both TMNT and Street Fighter fans, especially gamers that are interested in the golden age of gaming. The sculpts and deco look great and pay a good likeness to the characters. These 2-packs are worth adding to you already growing TMNT 6″ collection and will stand out on their own on your toy shelf. Make sure to pick these up today! 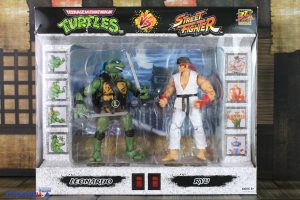 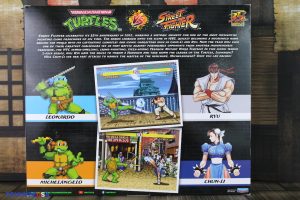 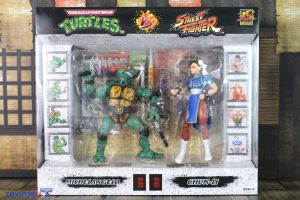 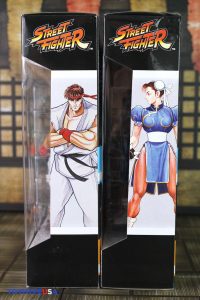 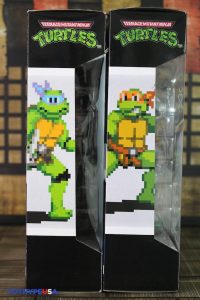 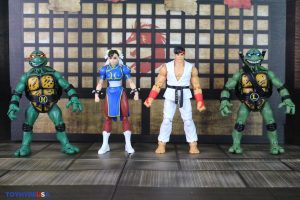 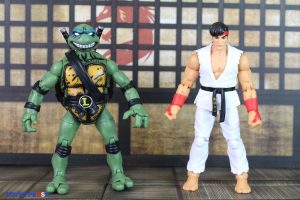 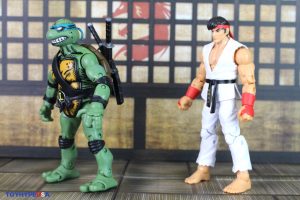 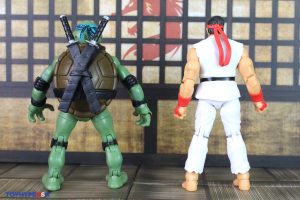 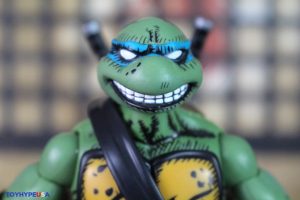 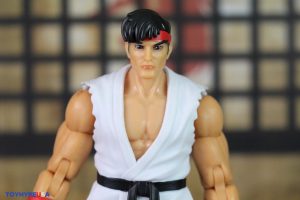 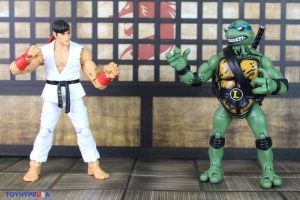 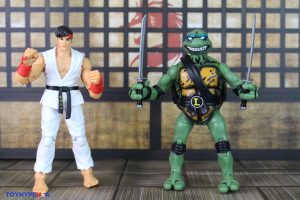 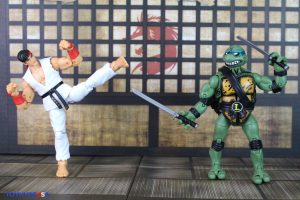 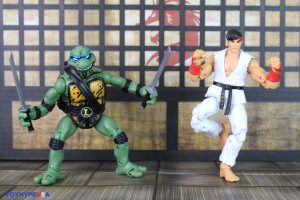 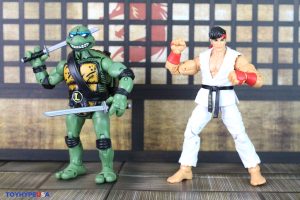 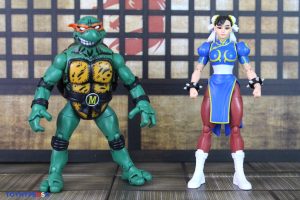 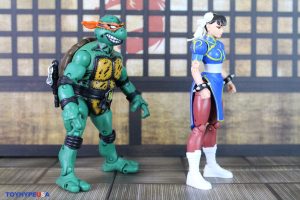 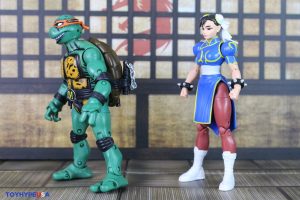 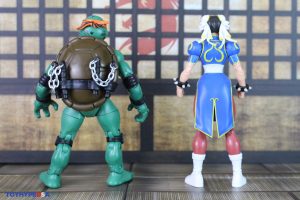 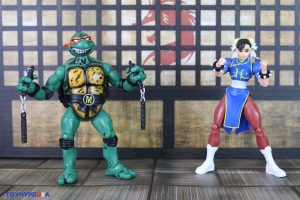 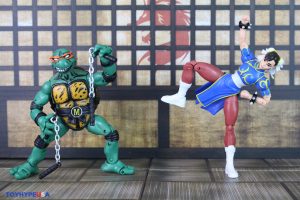 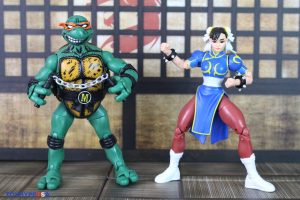 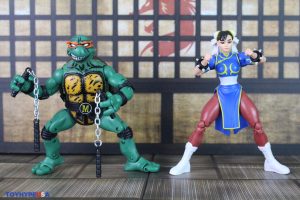 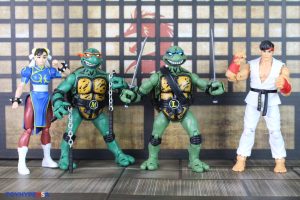