The Four Horsemen are a major toy company right now in the industry, designed and producing some of the best adult targeted action figures and collectibles on the market. They are widely known for their work on their own line, Mythic Legions, but have also designed many other brands such as Masters of the Universe, and designed products for companies such as Super7, Hasbro, Mattel, NECA and others. They are also the masterminds behind Super7’s Ultimate 7″ scale figures, ranging from Teenage Mutant Ninja Turtles, G.I. Joe, ThunderCats, Toxic Crusader, Transformers, Power Rangers, Disney and others.

This years panel gives you a look behind the scenes of the process that goes into designing these figures, along with some tidbits of information.

Mythic Legions figures can be found at BigBadToyStore and Store Horsemen.

Possibility of a Mythic Legions Dragon 7″ scale figure – when the time is right. They feel he needs his own spotlight in the line, and he’s definitely coming at some point.

Talking about the lessons they learned on working on action figures for other brands for other companies, and bringing that into Mythic Legions.

Working on at McFarlane they learned that every figure was tooled from scratch and didn’t have the restrictions and budgeting that larger companies had. Mattel required some shared tooling for budgeting.

2015 Kickstarter – This was the launch of this line. It was originally planned a 3 3/4″ line, but they went with the larger scale. Using shared parts in this line allowed them to introduce new characters and mix and match parts, new deco, etc. Fans took the line beyond than they had hoped.

Creating new parts compared to swappable parts – updated torso’s with more articulation, etc. The evolution of the line is expanding as they are getting better with the design process, with more details. Making a chest plate compared to a new torso is a simpler process and cheaper for the budget. Creating a chain hood head, it’s cheaper to make new faces (face plates) with existing parts for budgeting.

Cosmic Legions – taking the Mythic Legions concept to space. All new universe of characters, same concept with part swaps and some new tooling.

Krampus – first release with the black deco. This was a special drop to get people excited about this new line. The concept had to look like the character, but they can also stylize it without working off one likeness. A new black deco version of Krampus may be coming in a few years. It will likely be different than the one seen last Christmas.

Naming characters – CB and Eric create the names and do it specifically so you can’t pronounce them.

Mythic Legions video game – moving along nicely. All of the environments, characters and things seen in bio’s will be featured

Playsets, Dio’s – Long term goal to introduce one. They have experience with this with Masters (Castle Grayskull and Snake Mountain) 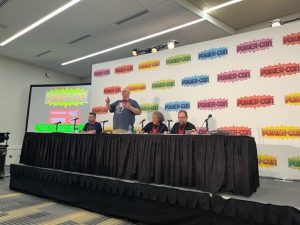 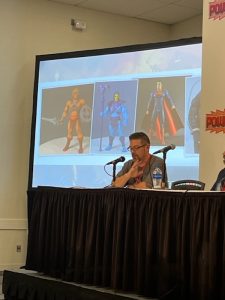 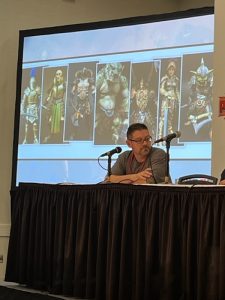 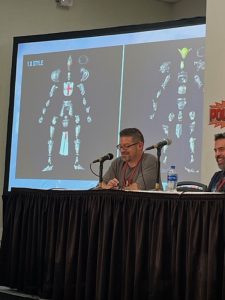 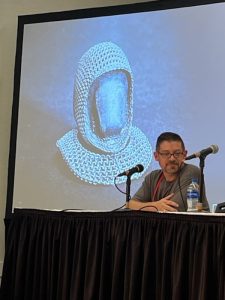 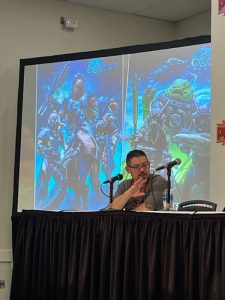 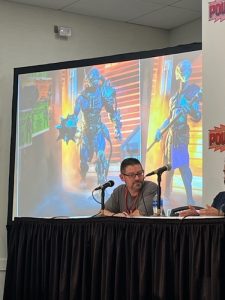 Road Dogg Thinks The New Age Outlaws Could Do One More Match, Jokes That FTR Would Beat Them Up

Next Article:
6 days ago
min read
0 %
Social connect:
or