This item has sold out. Check back soon for another item drop.

When it comes to dominating forces in the world of wrestling there are very few who have reached the same heights as the Big Red Machine Kane.

Kane’s debut is considered to be the greatest in sports entertainment history. As Shawn Michaels and The Undertaker took each other on in the first ever Hell in a Cell match, Kane would make his way to the ring and destroy the cage door. Over the years, Kane would play a variety of roles, from being unmasked to becoming a puppet for the Authority as Corporate Kane. Kane has had one of the most celebrated careers in sports entertainment and is considered to be the greatest Royal Rumble performer in the history of the match with 44 eliminations. He has been a three time World Champion, in addition to holding a variety of titles in WWE. Kane is best known as ‘The Big Red Machine’ in WWE.

Kane has also been a part of some legendary tag teams, most notably The Brothers of Destruction and Team Hell No, with Daniel Bryan. He is a Grand Slam Champion and was the third man to achieve this feat. Kane has also been a part of various movies, such as See No Evil, among others. This hall of famer is truly one of a kind and will go down as one of the greatest big men to ever enter the ring.

Now is your chance to add a hand signed photograph of the big red machine to your wrestling collection. 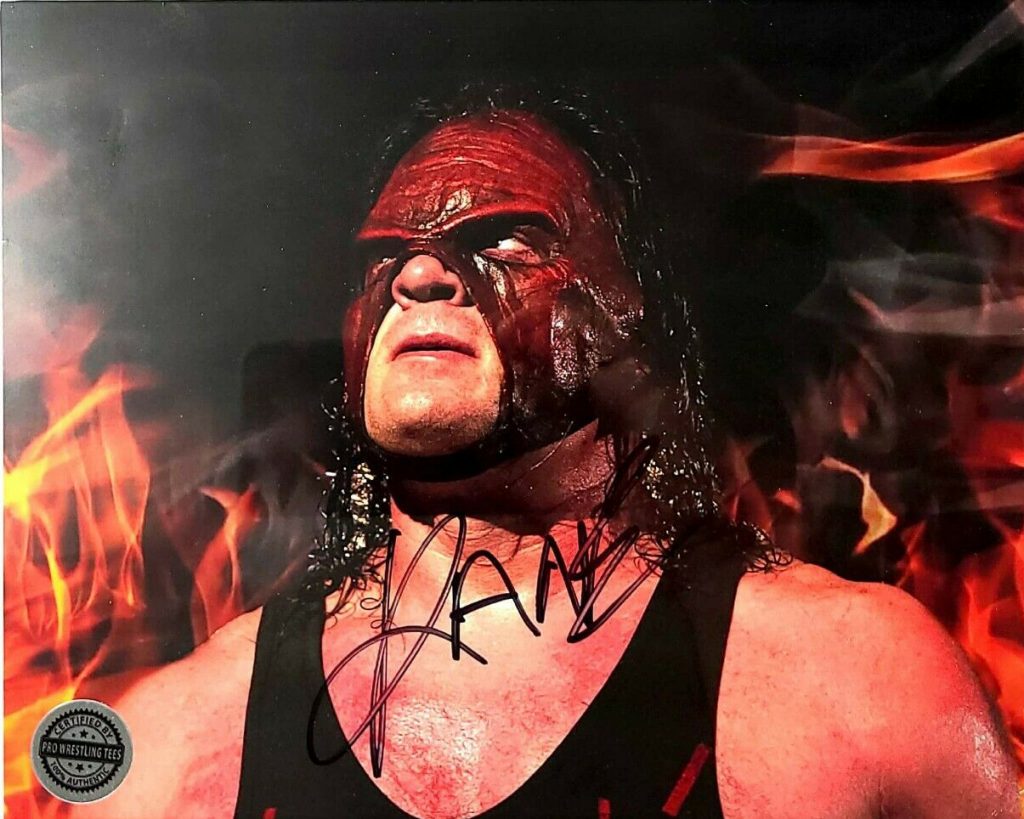 Up your autograph collection game with this hand signed Kane 8X10, specially curated by Action Pak’d. 100% certified authentic by PWT.

Freddie Prinze Jr. Had Plans For Karrion Kross In His Promotion, Shares Advice He Gave Kross About WWE Return