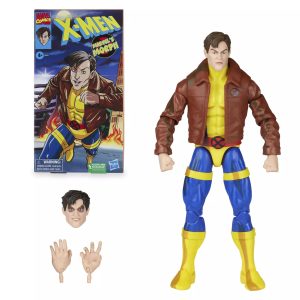 shopDisney has an in-stock listing of Hasbro’s Marvel Legends X-Men Morph 90s Animated Series Figure in-stock for $26.99. You can order the figure now by clicking HERE!

Mutant shapeshifter Morph from the 1990s X-Men: The Animated Series makes his debut as a Marvel Legends action figure! This 6-inch scale figure comes with alternate hands and alternate head inspired by the character’s villainous turn on the show!