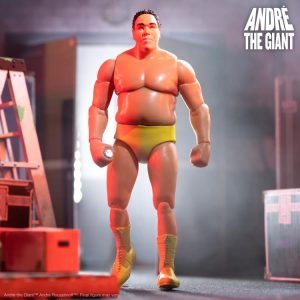 Super7’s newly released Andre the Giant (Yellow Trunks) Ultimates Figure is in-stock now at Entertainment Earth and BigBadToyStore for $54.99. Andre is based on his appearance in 1986 and is priced at $54.99.

If you preorder anything at $39+ on Entertainment Earth, make sure to use coupon code: FREESHIP39 for FREE USA shipping. For in-stock orders, use code: ToyHypeUS for 10% off plus FREE USA Shipping  on orders of $39+.

Making his way to the ring, from Grenoble in the French Alps, weighing in at 520 lbs, he is the 8th Wonder Of The World… ANDRE THE GIANT! The 7’2 legend makes his way back to the Super7 ULTIMATES! line with this made-to-order deluxe action figure! Andre The Giant wrestled all over the globe, but this time around, Super7 pays tribute to his time on the grandest stage of them all. In 1986, Andre outlasted 19 other men in a 20-Man Battle Royal, reminding everyone on the entire roster that he was still a force to be reckoned with. Standing at 8 inches tall and packed in a deluxe slipcase style box, Andre comes in the yellow trunks and boots he wore in that famed match along with an additional head, interchangeable hands, and his signature can of beer. 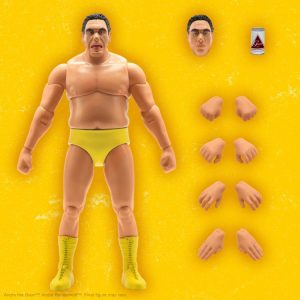 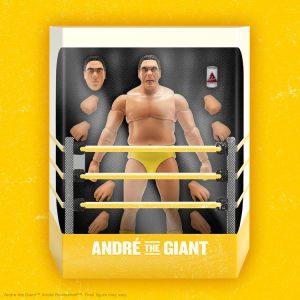 By admin
19 mins ago

LEGO The Lord of the Rings Riverdell 10316 Set

WWE RAW Viewership Back Under 2 Million, RAW Ranks #1 on Cable with Drop In Key Demo Rating