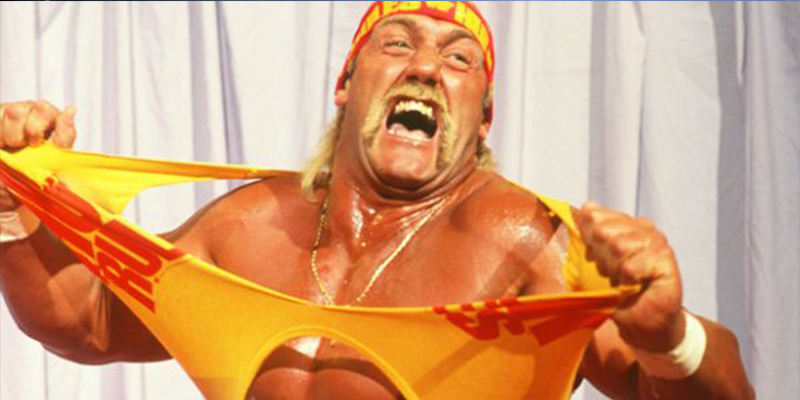 There are a lot of names that often get mentioned when talking about the true GOAT of wrestling. For in ring performers there is only one best of all time in my eyes and that is the Heartbreak Kid, Shawn Michaels. But when it comes to the true greatest superstar of all time who transcends the industry and is the reason wrestling became the global phenomenon that it is there is only one name on top and that is Hulk Hogan. Today’s item is directly from the Hulkster and is at the top of the top when it comes to my wrestling collection.

Growing up I was the biggest “Hulkamaniac” and how could you not be? He had the perfect character, larger than life matches, and was the all American hero. Just watching his entrance video even to this day gives you goosebumps and reminds you of the golden era of wrestling. There will never be a icon as big as Hogan and weather you are a fan or not it’s hard to deny that fact.

He is a 12-time world champion being a six-time WWF/WWE Champion, six-time WCW World Heavyweight Champion, and a former WWE World Tag Team Champion with Edge. His six combined reigns make him the second longest-reigning WWF Champion of all time (after Bruno Sammartino) and the longest-reigning of the 1980s, having held the title for 1,474 days from 1984-1988. His six combined reigns in WCW make him the longest-reigning WCW World Heavyweight Champion of all time as well, with a 469-day reign from 1994-1995. Hogan won the Royal Rumble in 1990 and 1991, making him the first man to win two consecutive Royal Rumbles. The list of accolades can go on and on.

This brings us to today’s item from my collection vault which is one of my most cherished possessions. There are a many things about Hogan that stick out to any wrestling fan – including his entrance music, the bright yellow and red, and his classic ripping of his shirt before matches. 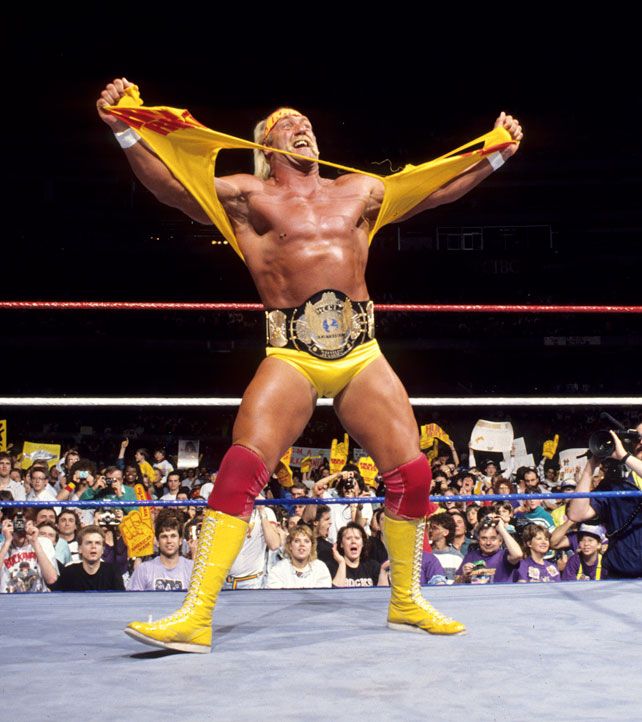 Once the shirt was ripped you knew it was time for Hogan to go to work. He has said in the past that early in his career he decided to rip the shirt off once to save time before a match and the crowed popped so much he kept it going and the rest is history. 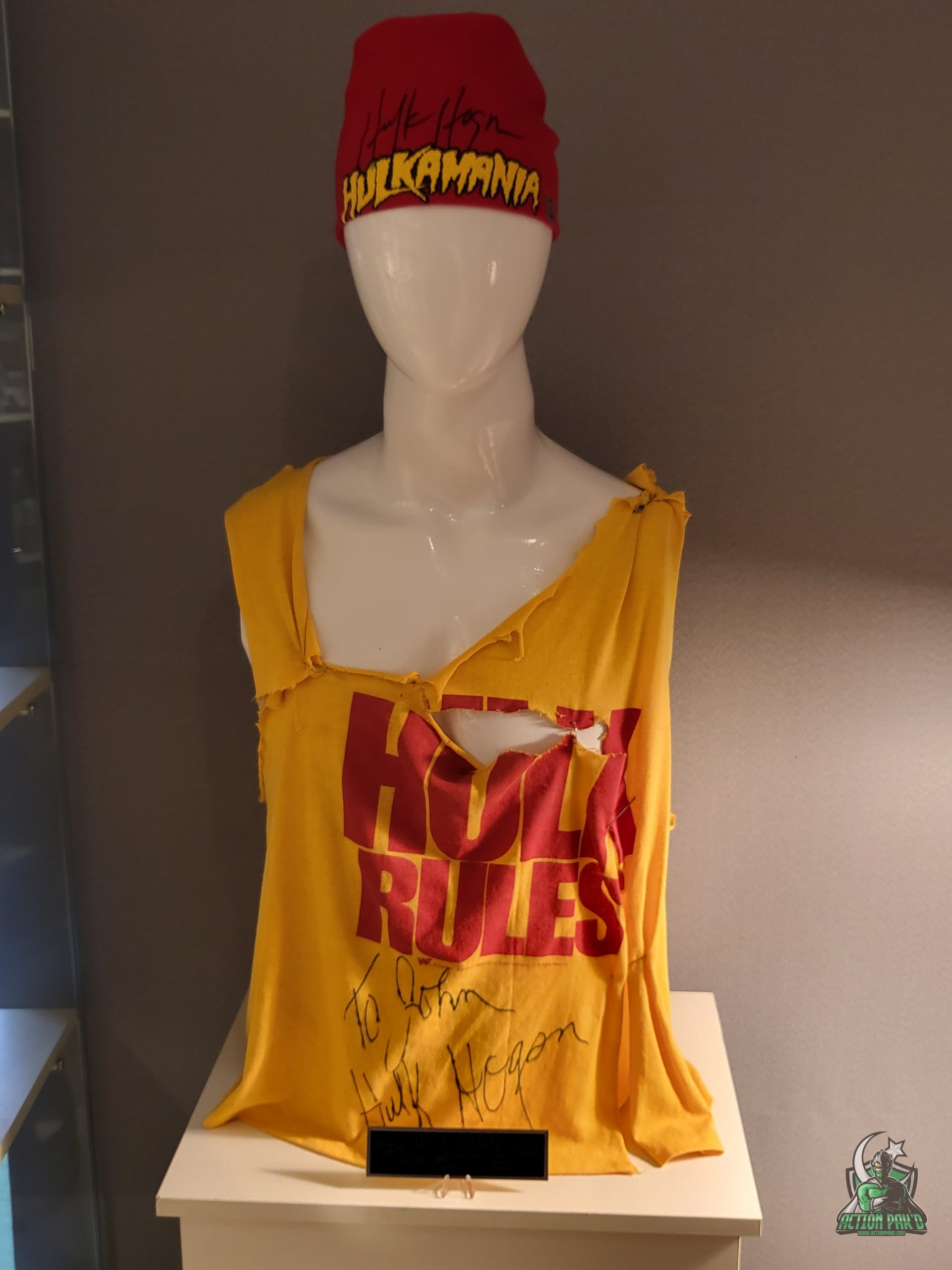 Today’s item is from the Immortal One himself. What we have here is a ring worn, ripped, and autographed shit from the legend. The shirt was manufactured by WWF in 1988 and worn by Hogan in the ring around 1989/1990. Though many shirts were worn by Hogan throughout his career the majority of them were kept by Hogan or WWF themselves and seeing them in private collections is quite a rare thing. 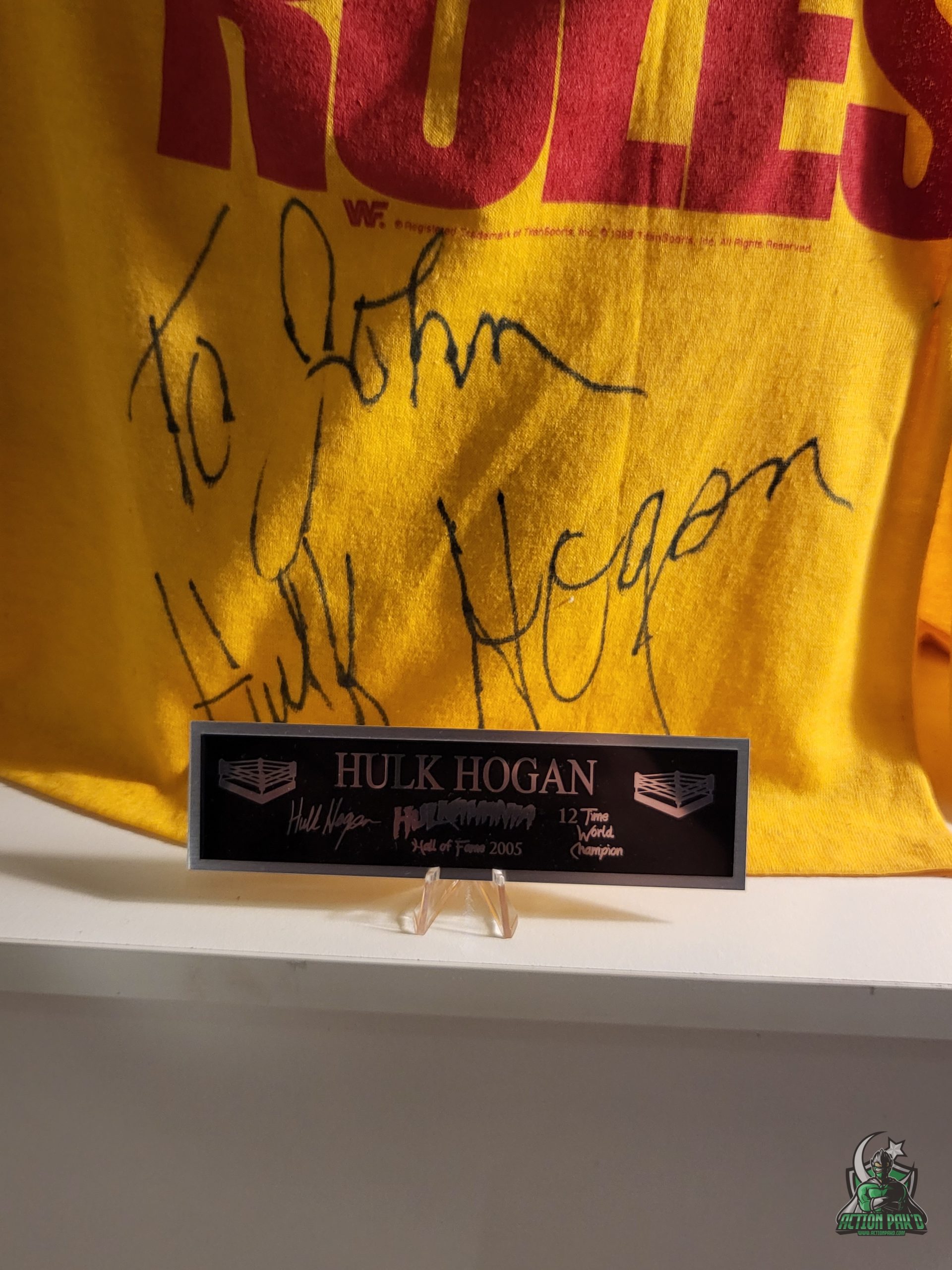 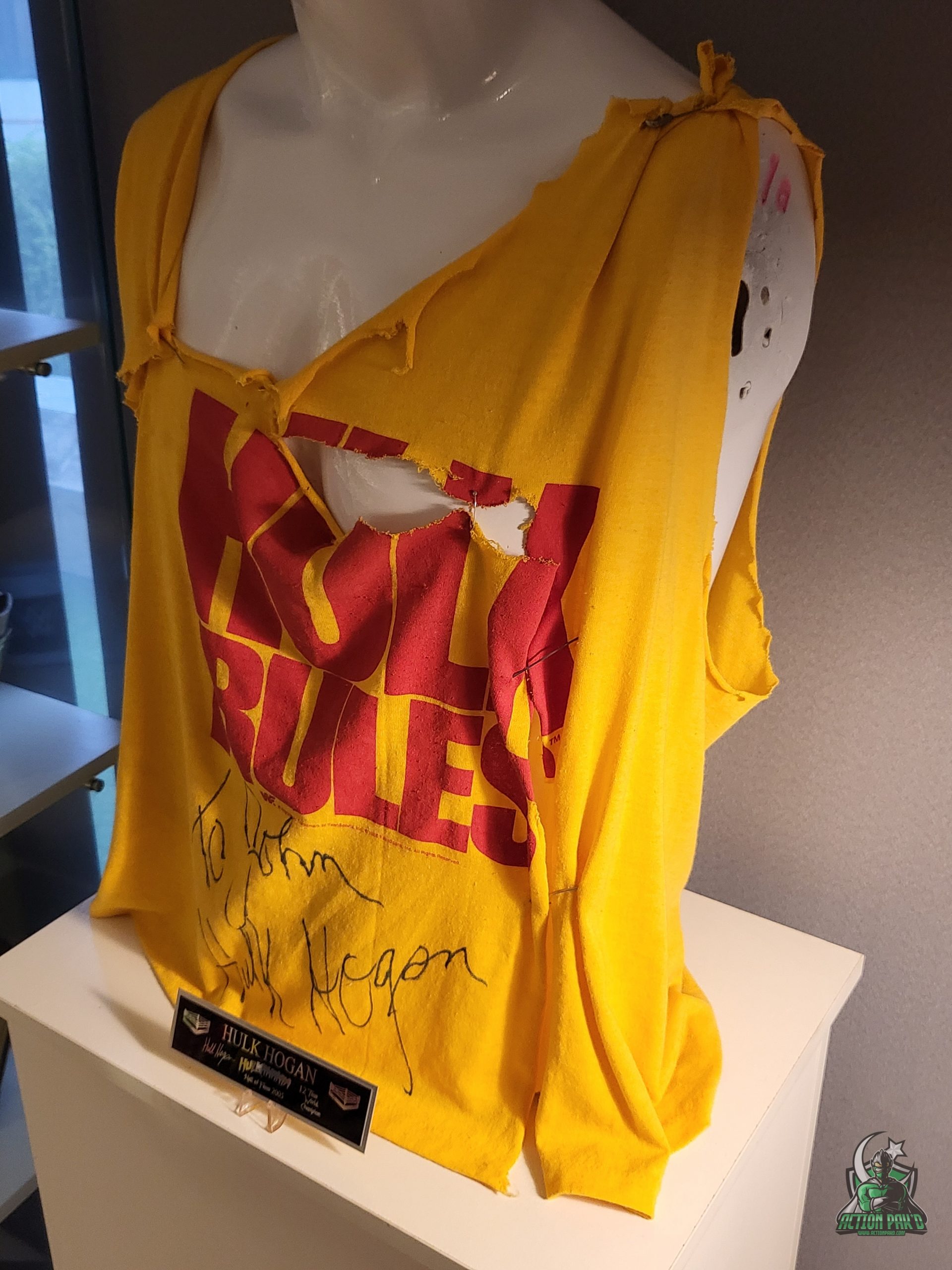 Anything attached to Hogan that was used/worn in ring is extremely desirable among collectors and prices on the very limited number of items that have come up for sale over the years have been skyrocketing in value. Being the huge fan of his that I have been for over 30 years acquiring this item has been a dream come true. I obtained the shirt from someone who worked as WWF security during the late 80’s and early 90’s. He worked with Hogan for a number of years and was gifted this shirt after a match. The person in question also had it autographed to him (John) and signed by the Hulkster as you can see on the front with a nice large and clear early Hogan signature. 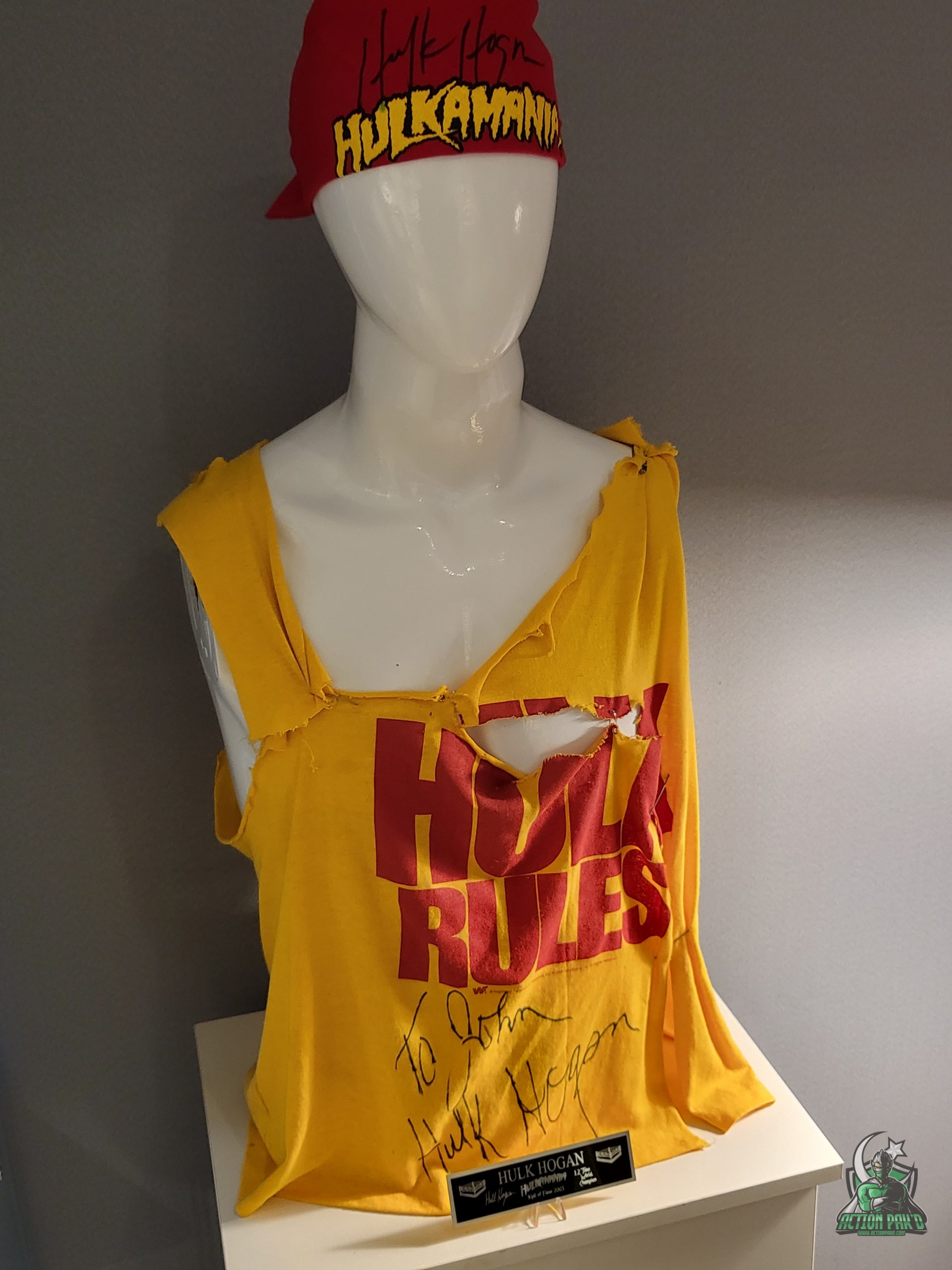 When it comes to grail wrestling items and icons of the business it does not get much bigger than this. I am honored to have this piece and consider it one of if not the highest grail in my wrestling collection. Did you enjoy this post? Great! Keep following actionpakd.com for all of my unboxing and collecting news updated daily. If you are a fellow collector in Pakistan of action figures, collectibles, and more then join the AP community on Facebook by clicking here.  I post regular unboxings, giveaways, reviews, and more.