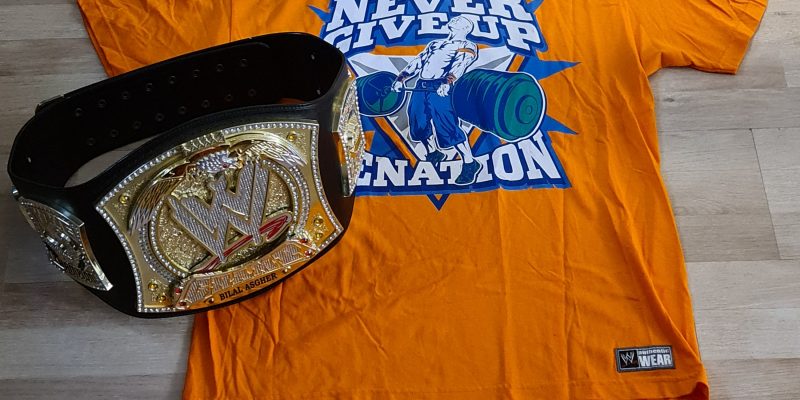 Today I am going into my collection vault to pull out two very rare and unique items. Several years ago I attended a WWE RAW LIVE event in Chicago and was lucky enough to be sitting front row, ring side. As I did with any event that I had the chance to site close to the ring, I had my WWE belt and a marker with me, just incase. Tons of great matches that night with John Cena in the main event. The story of how I got both of items is two fold.

Before the match started, I was holding up a large sign that I had made that said “John Cena’s Paki Brother” (don’t ask, was just something I did at the time to get his attention). After doing his pre match ritual he proceeded to take off his shirt and throw it directly to me at ringside. I was shocked to say the least to receive his ring worn shirt which must be XXXXL in size as it is gigantic.

Here is a video showing him point directly towards me right before he threw me his shirt. He noticed my sign and I think got a kick out of it (around 13 second mark).

Here is the ring worn shirt. I plan to get it framed soon as I have had it packed up for quite some time. No, I have never tried it on for those wondering but I think you could easily fit around 4 normal sized people inside! 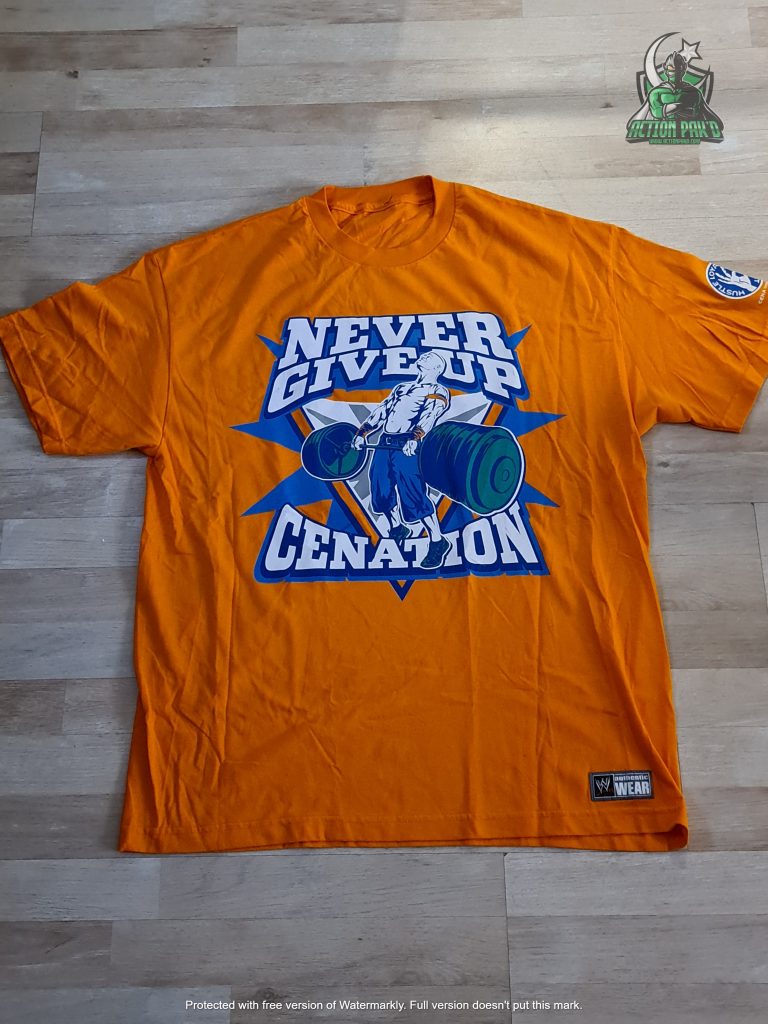 The match ended with Cena getting the pin. After the match he left the ring and started making his way towards me, giving high fives to some fans as he was ready to go backstage.

I quickly saw the opportunity and pulled out the marker I had on hand and joined the rest of the crowd chanting “CENA..CENA…CENA”. To my surprise he came right up to me and said “Nice sign.” Yup, I was floored. I quickly asked him to please sign my belt, handed him the marker, and he proceeded to autograph it on the spot (you can hear me fanboying out as you would expect hah!). Here is a video below of him signing my belt!

This entire night was definitely one I won’t forget anytime soon.  Truly a one of a kind moment and two items that will remain cherished in my collection vault. 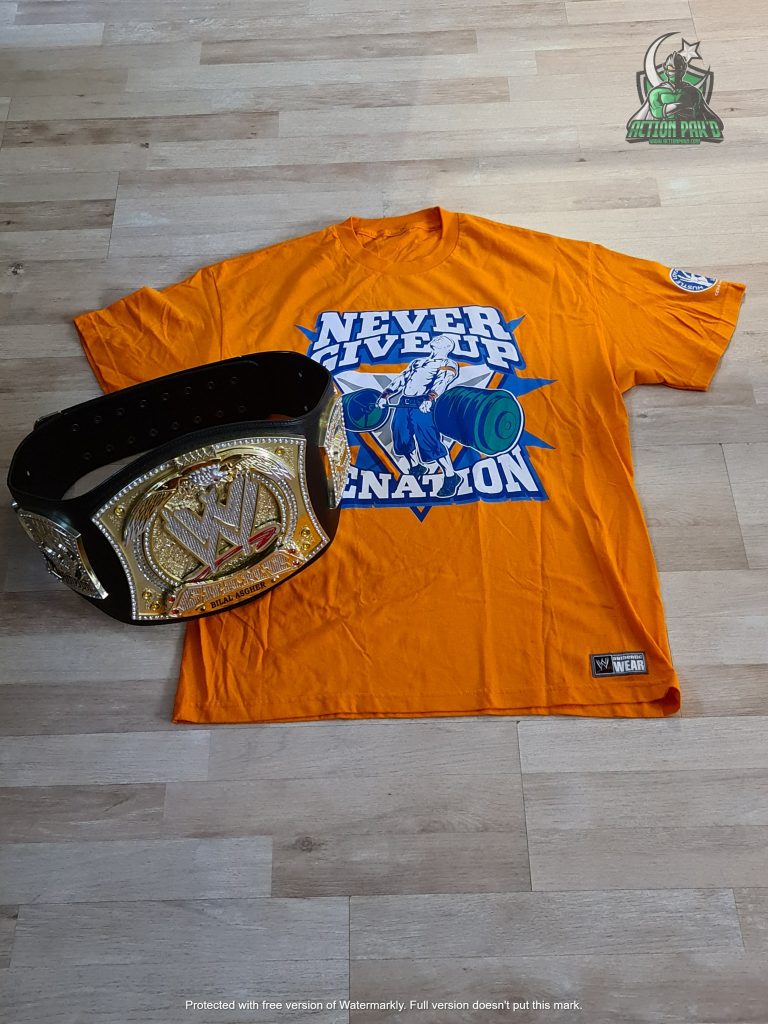 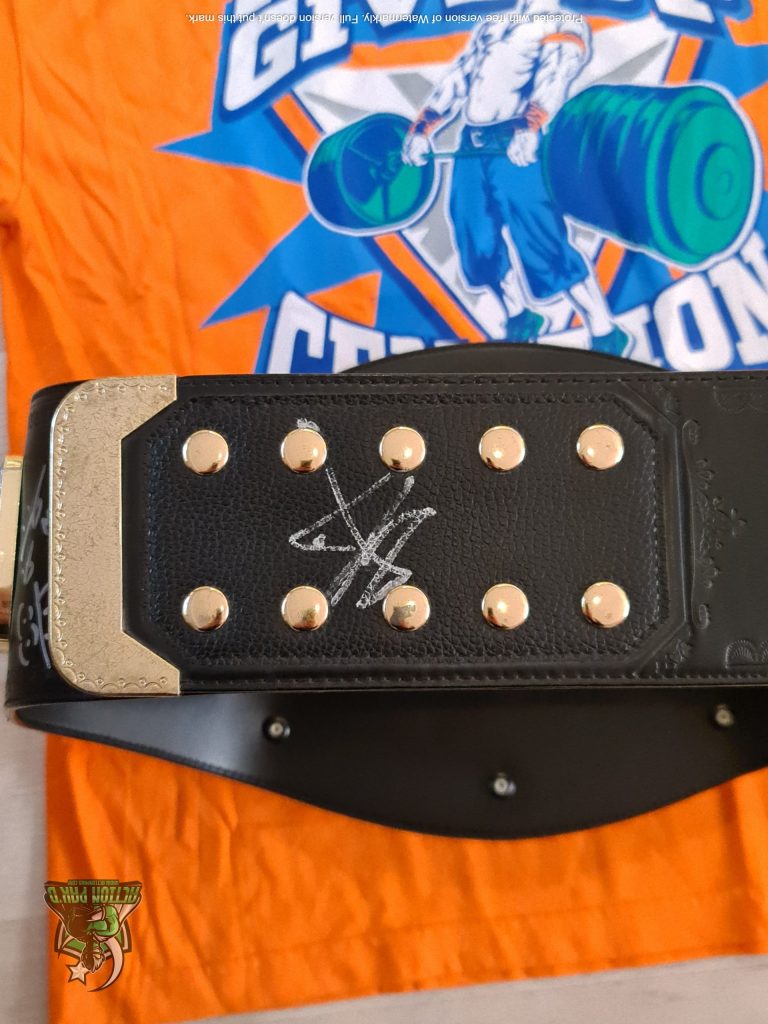 Did you enjoy this post? Great! I unbox and share items every few days so keep following actionpakd.com for all of our updates. If you are a fellow collector in Pakistan of action figures, collectibles, and more then join our new community on Facebook by clicking here for regular unboxings, giveaways, reviews, and more.