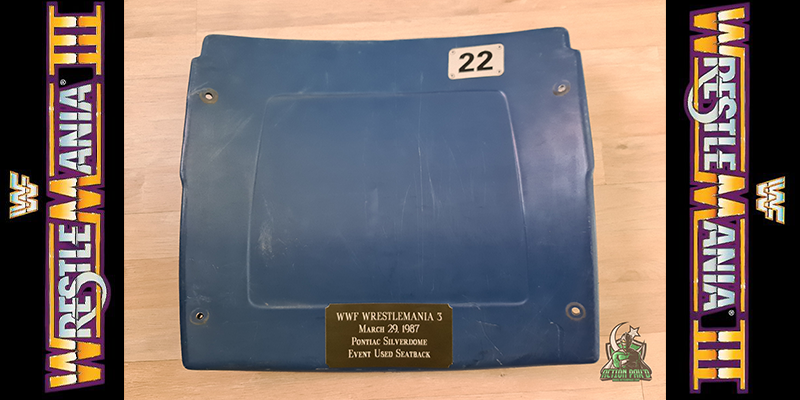 I have been very fortunate to gather a large amount of rare wrestling items over the years and this one is definitely up there with the rarest. WrestleMania 3 held on March 29th, 1987 saw one of the most historic matches ever with the “slam heard around the world” when Hulk Hogan body-slammed Andre the Giant to retain his WWF Championship. This match in particular is often considered the most monumental match in the history of the WWF for what it did for the company going forward and increasing its fan base & viewership like never before. The item we are looking at today is not only tied to this event, but was actually from the event itself. More on this after a little backstory. 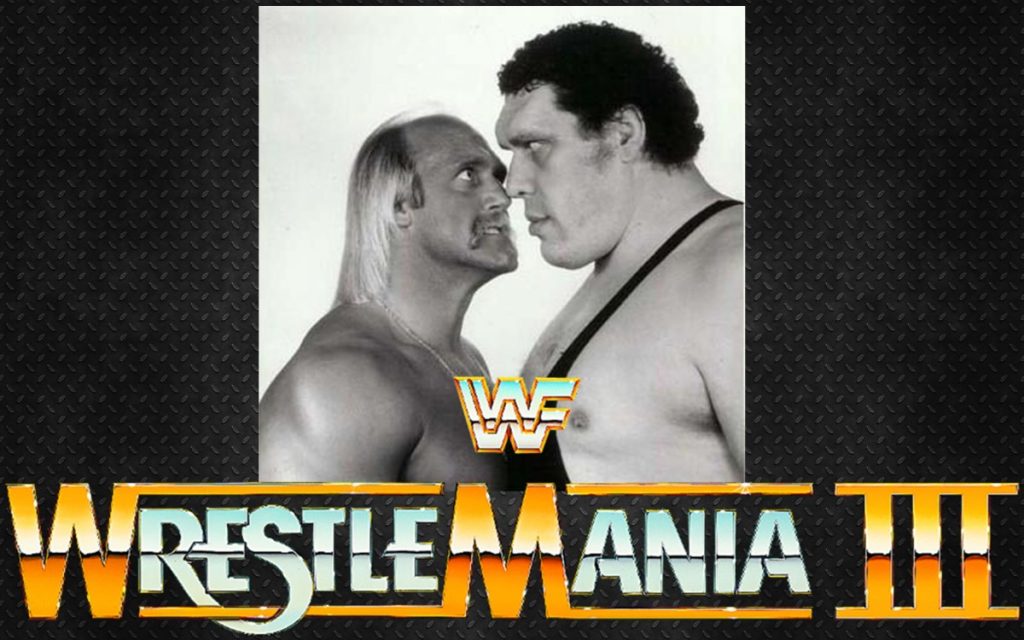 WrestleMania III is particularly notable due to the WWF record attendance of 93,173 and the largest recorded attendance of a live indoor event in North America at the time.  The event is considered to be the pinnacle of the 1980s wrestling boom, with almost one million fans watching the event at 160 closed-circuit locations in North America and the number of people watching via pay-per-view estimated at several million. “

The Hogan vs Andre match had everyone on the edge of their seats as no one thought Hogan could defeat the dominant giant and that this may be the end of a short lived “Hulkamania.” As we of course now know, this was not the case and turned out to be the start of the “Hulkamania explosion” taking over the world and catapulting Hogan into a global phenom.

Along with the Hogan vs. Andre match there were a number of stand out performances, in particular the match between Macho Man Randy Savage & Ricky the Dragon Steamboat. Among wrestling aficionados this match is often considered the greatest technical wrestling match in WM history and is a marvel to watch in case you have not seen it before.

The arena where this event was held is no more. It was demolished a while after WM3, taking with it historic memories from days of wrestling past. Luckily one of the people involved with the remodel saved a few of the ring side seatbacks (the back portion of the seat) from the arena from the 1st and 2nd row of seats. The same seats that had fans over 30 years ago watch history unfold in front of their eyes, and that is the item being shared today. 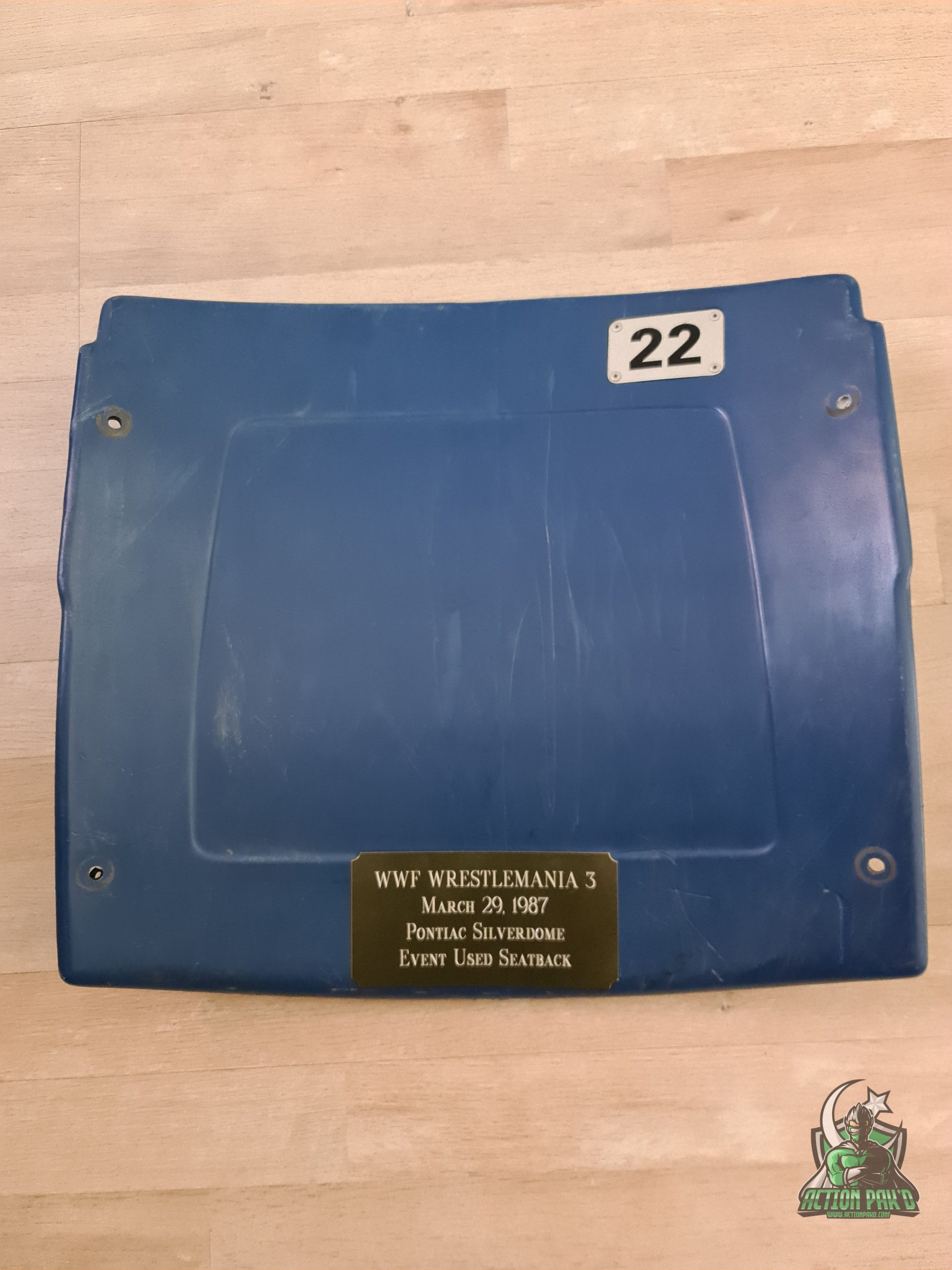 This is a event used ringside seatback from the historic Silverdome that most notably saw WrestleMania 3 as well as many other wrestling events. As some of you know I am all about one of a kind and unique wrestling relics and this is an item that is a part of wrestling history. To imagine being in that arena and seeing the unstoppable force (Hogan) face the immovable object (Andre) for one of the most historic moments ever for wrestling fans. (the gold plaque was added on later to the chair to mark its significance.) 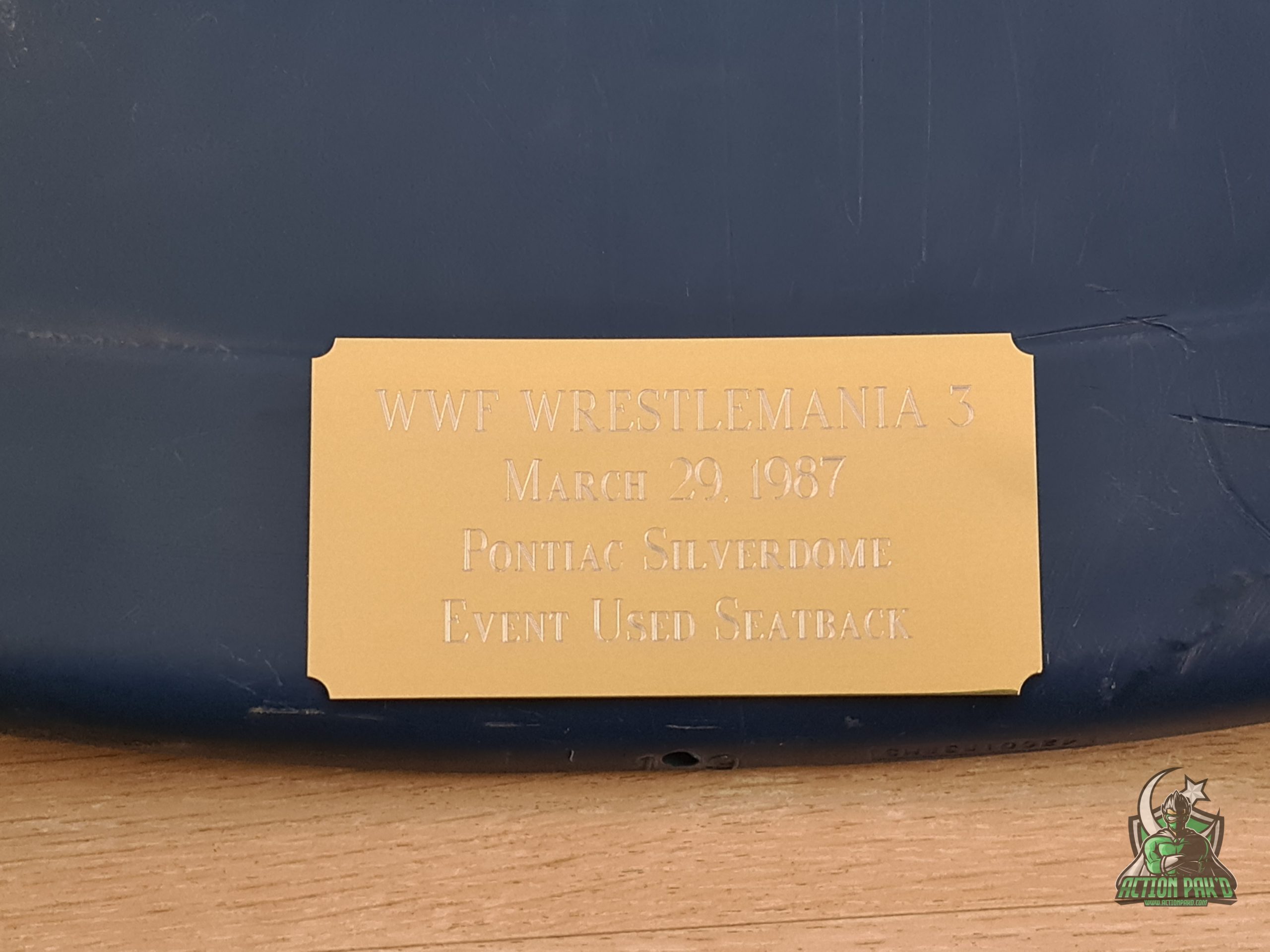 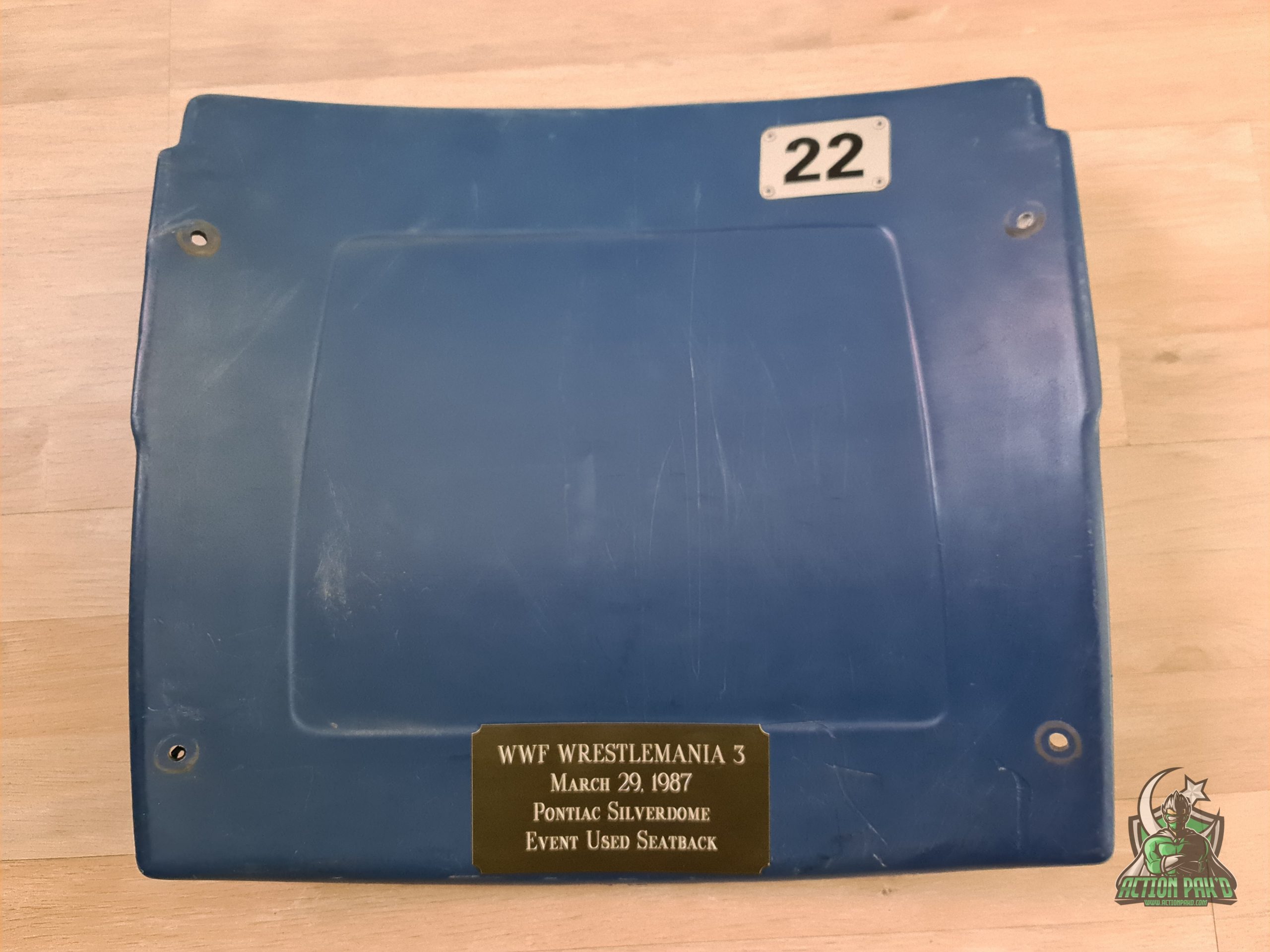 Very few of these seats remain and I have only seen a very small handful other examples in my years of collecting. An item some might find odd but to me it is about the story, the legacy behind the event and what took place that night in March, 1987.  I hope to one day get this signed by Hogan and other participants from this event. It is a honor as a wrestling fan and collector to have this literal piece of history.

Did you enjoy this post? Great! I unbox and share items every few days so keep following actionpakd.com for all of our updates. If you are a fellow collector in Pakistan of action figures, collectibles, and more then join our  community on Facebook by clicking here for regular unboxings, giveaways, reviews, and more.