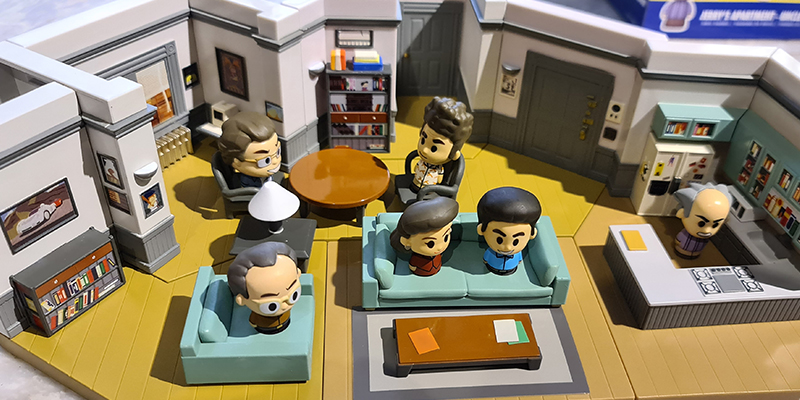 Today’s unboxing is a newer entry into the collectible world from everyone’s favorite pop maker Funko. The Mini Moments series recreates famous scenes/moments from TV & film with mini characters and set models. What I am unboxing today is the full set of Mini Moments from perhaps the greatest comedic tv show ever made – Seinfeld. 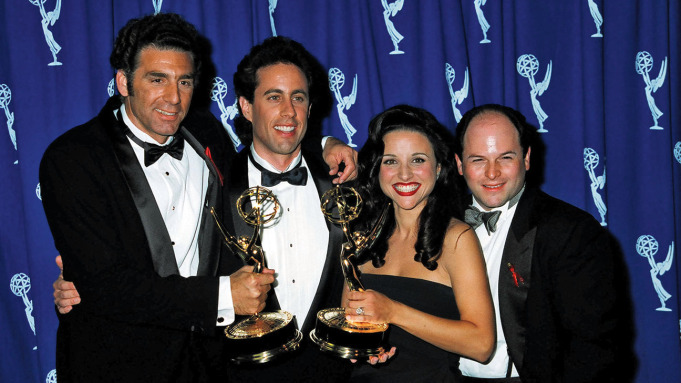 While this show was enormously popular in the US, many here in Pakistan may not be familiar. In that case I am jealous since you have pure gold awaiting for you to watch! Seinfeld is widely regarded as one of the greatest and most influential sitcoms of all time. It has been ranked among the best television shows of all time by numerous outlets and has won countless awards. If you are not familiar do watch this series! Ok back to the unboxing. 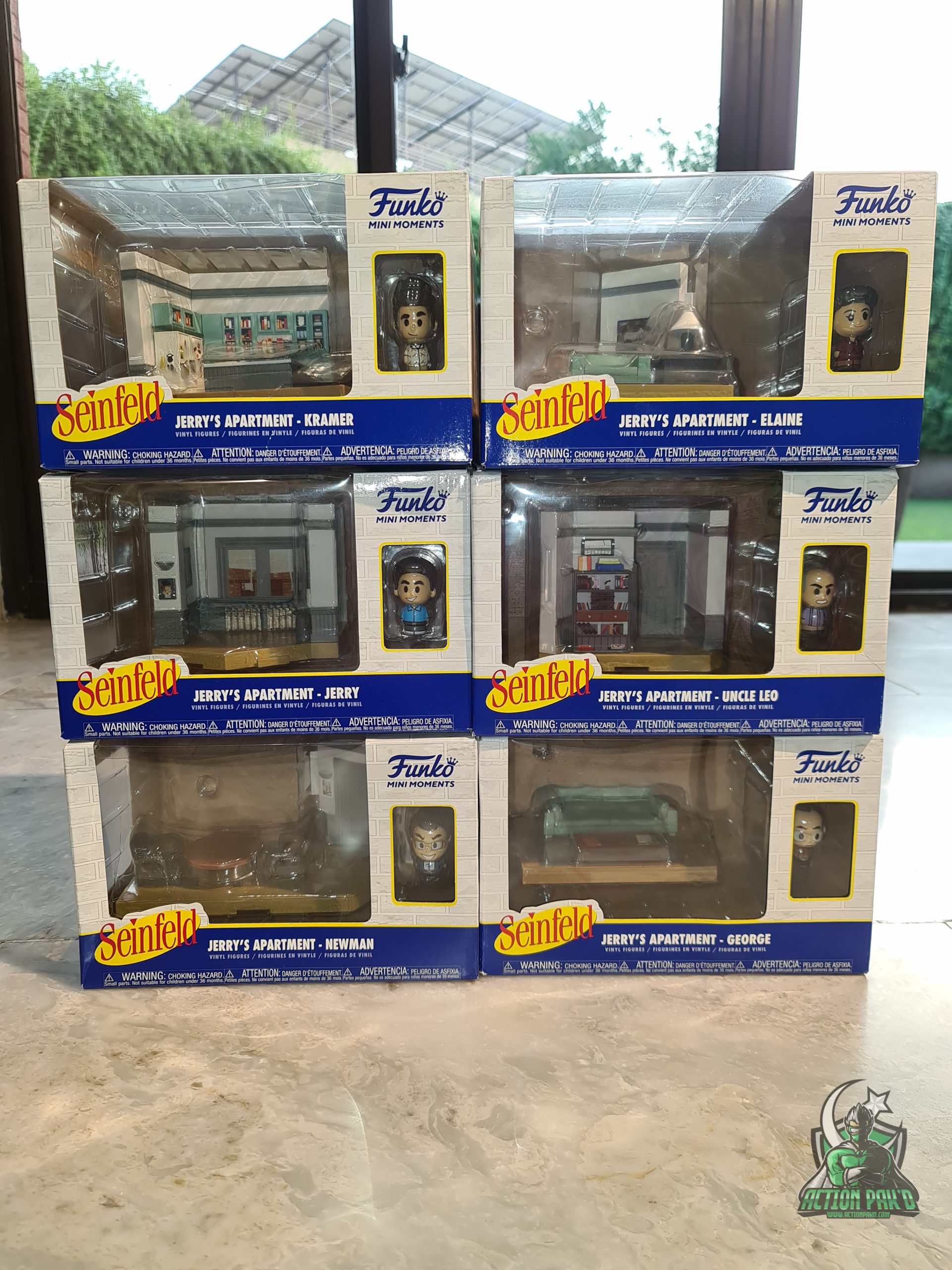 “Bring Seinfeld to life in the comfort of your own home, by collecting the new Funko Mini Moments Seinfeld set! Each character comes with a piece of the set so that you can recreate Jerry Seinfeld’s iconic New York apartment in your collection. Your Seinfeld Mini Moment comes with a piece of the set and a character, and there’s a chance you might find the chase variant of that character!”

In total we have 6 character sets. Each set has a character from the show and a piece of Jerrys (the main character who the show is based on) apartment. Collect all 6 and build his entire living room layout – and that’s exactly what we are doing. If you watched the show you know that Jerrys apartment was the main base for everything and a iconic set in TV history. The sets include Jerry, George, Kramer, Elaine, Uncle Leo, & Newman. 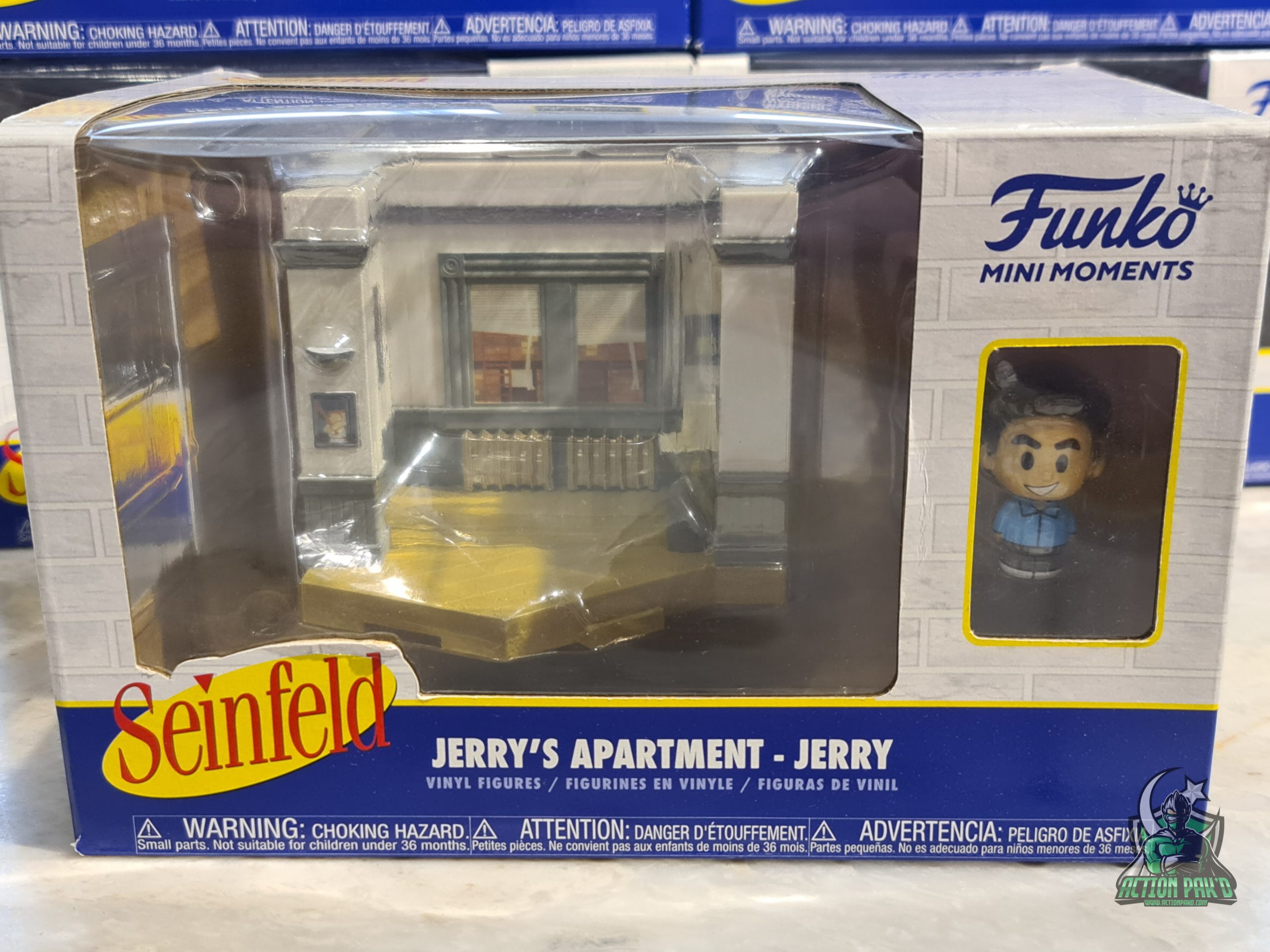 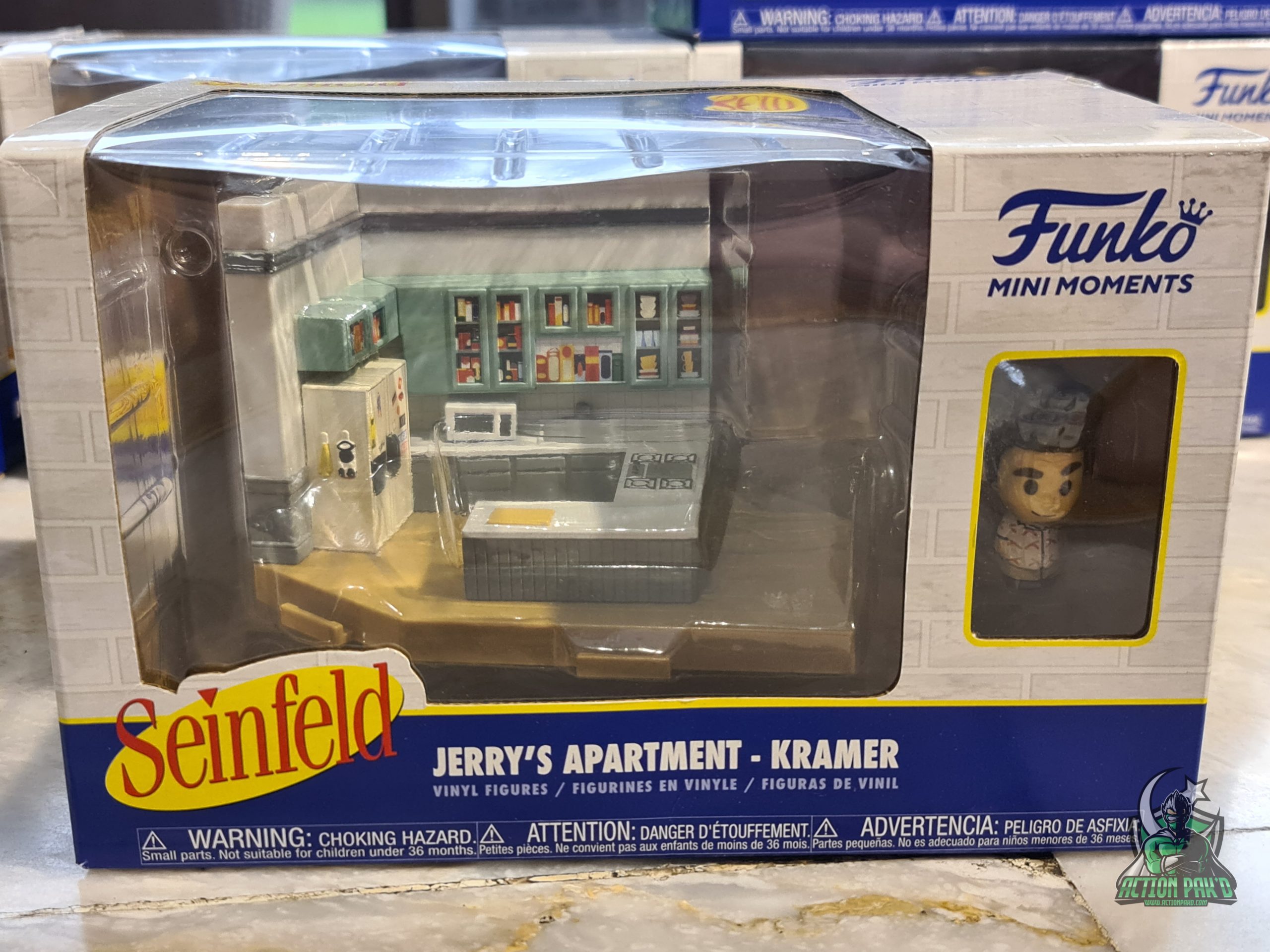 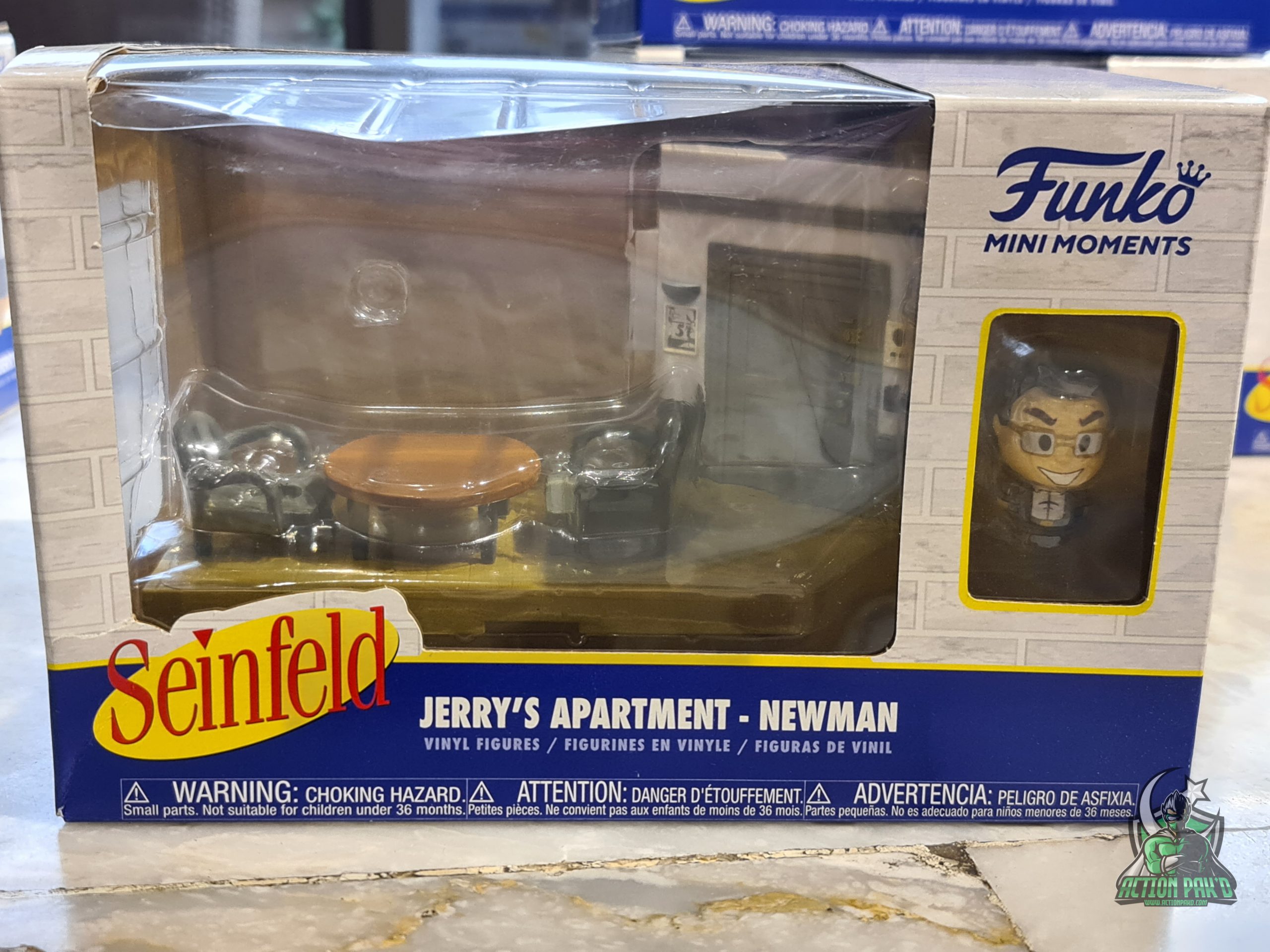 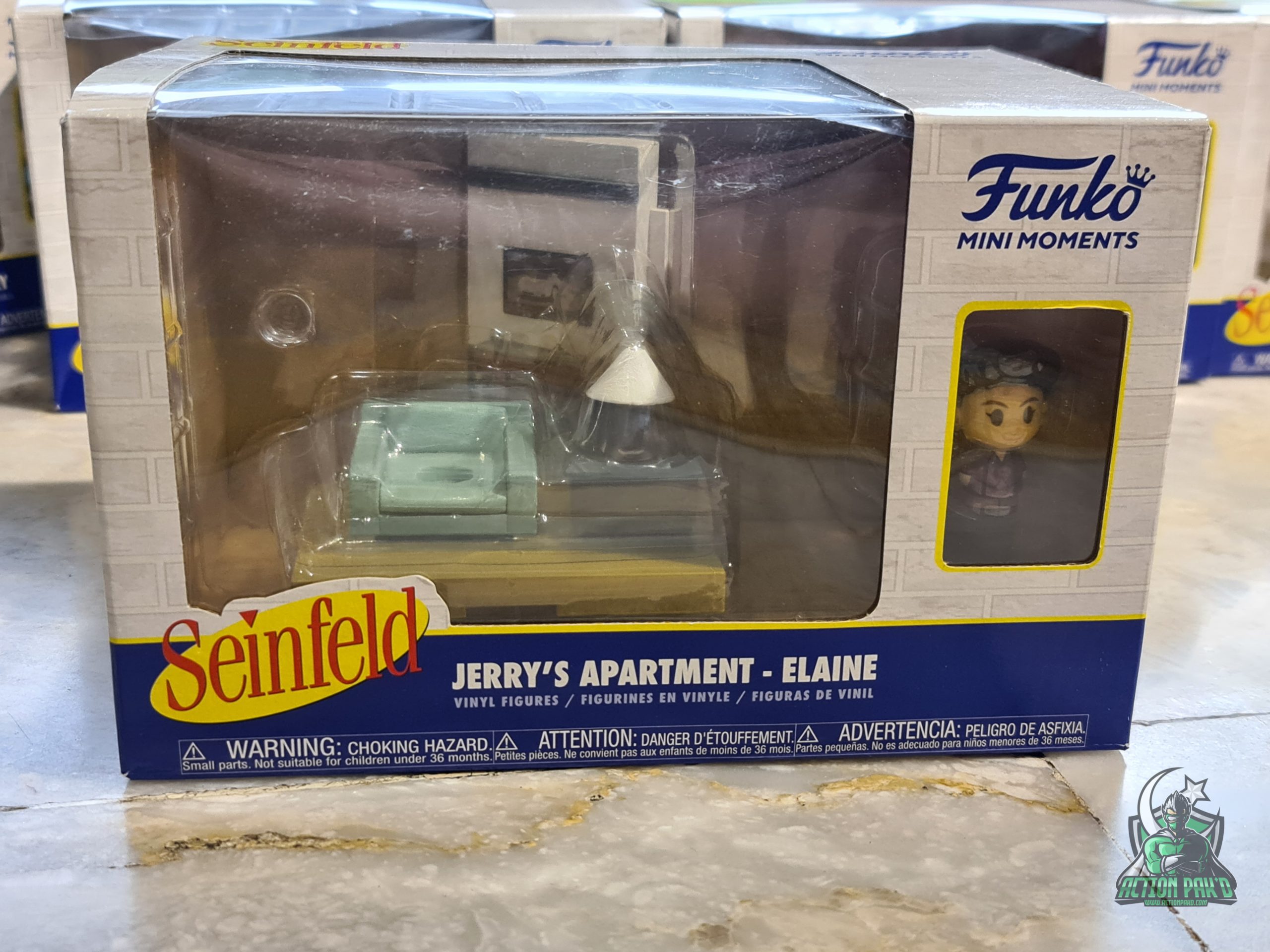 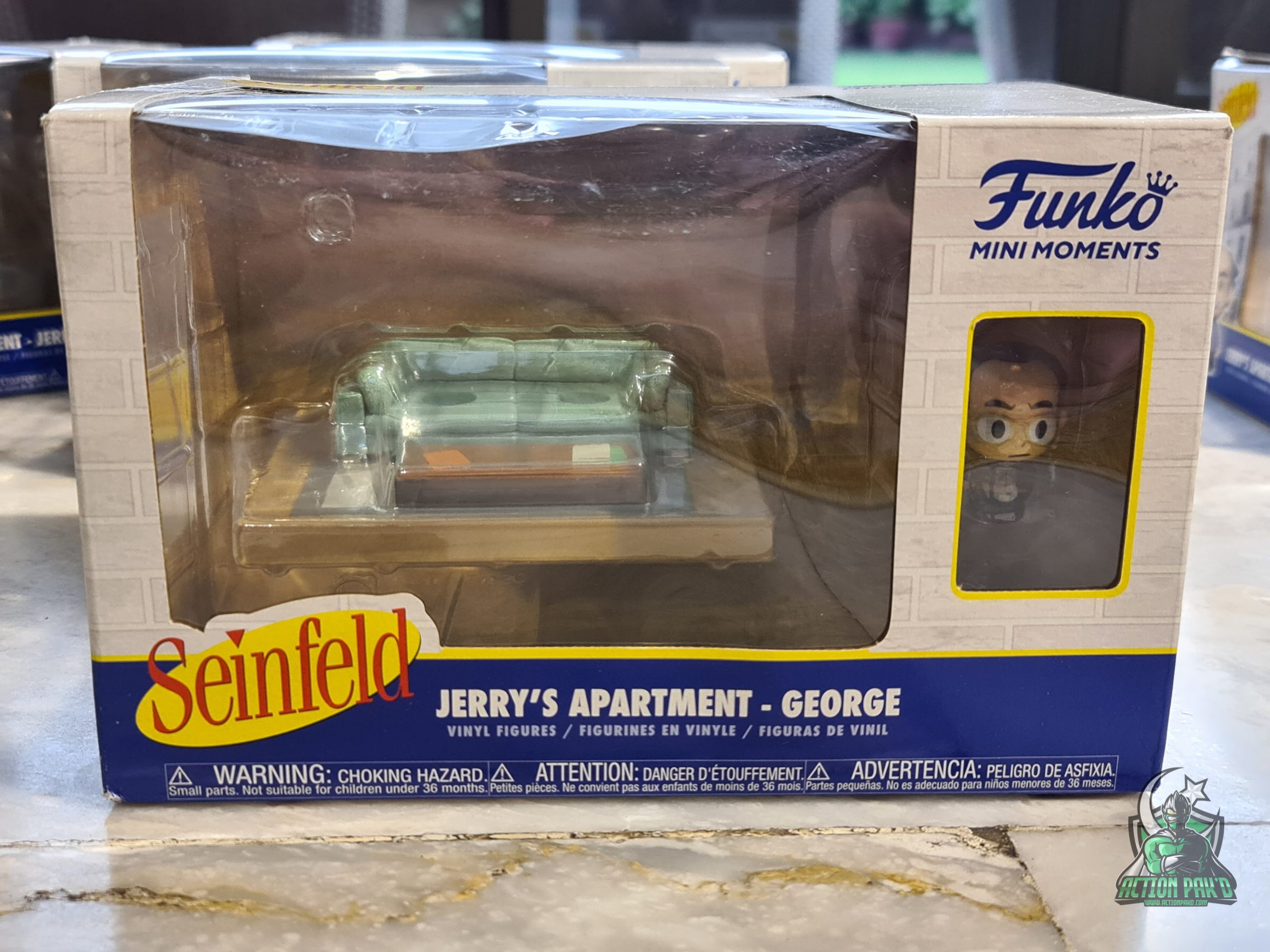 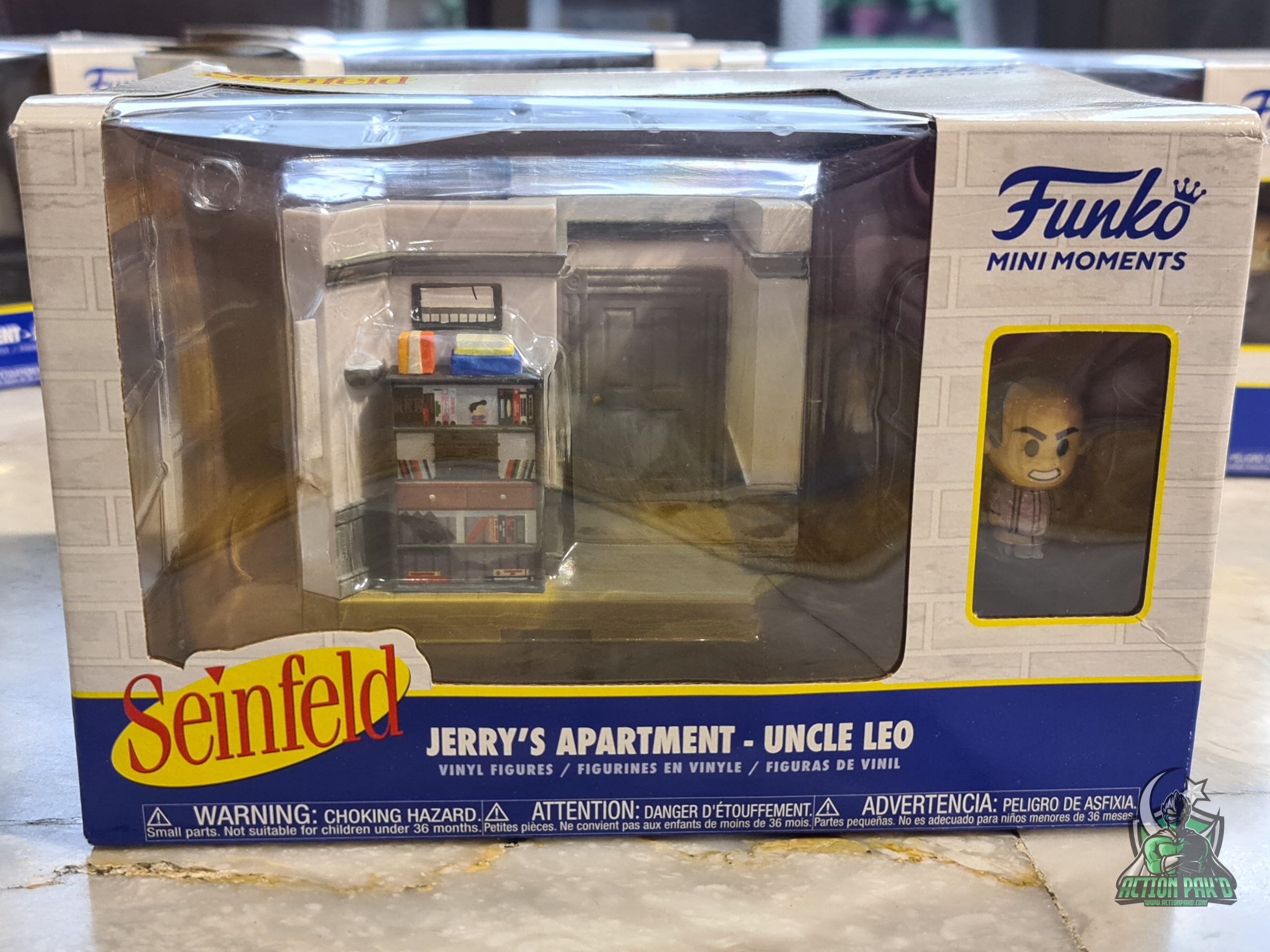 The back of each box has some details on the full character set to build Jerry’s apartment. 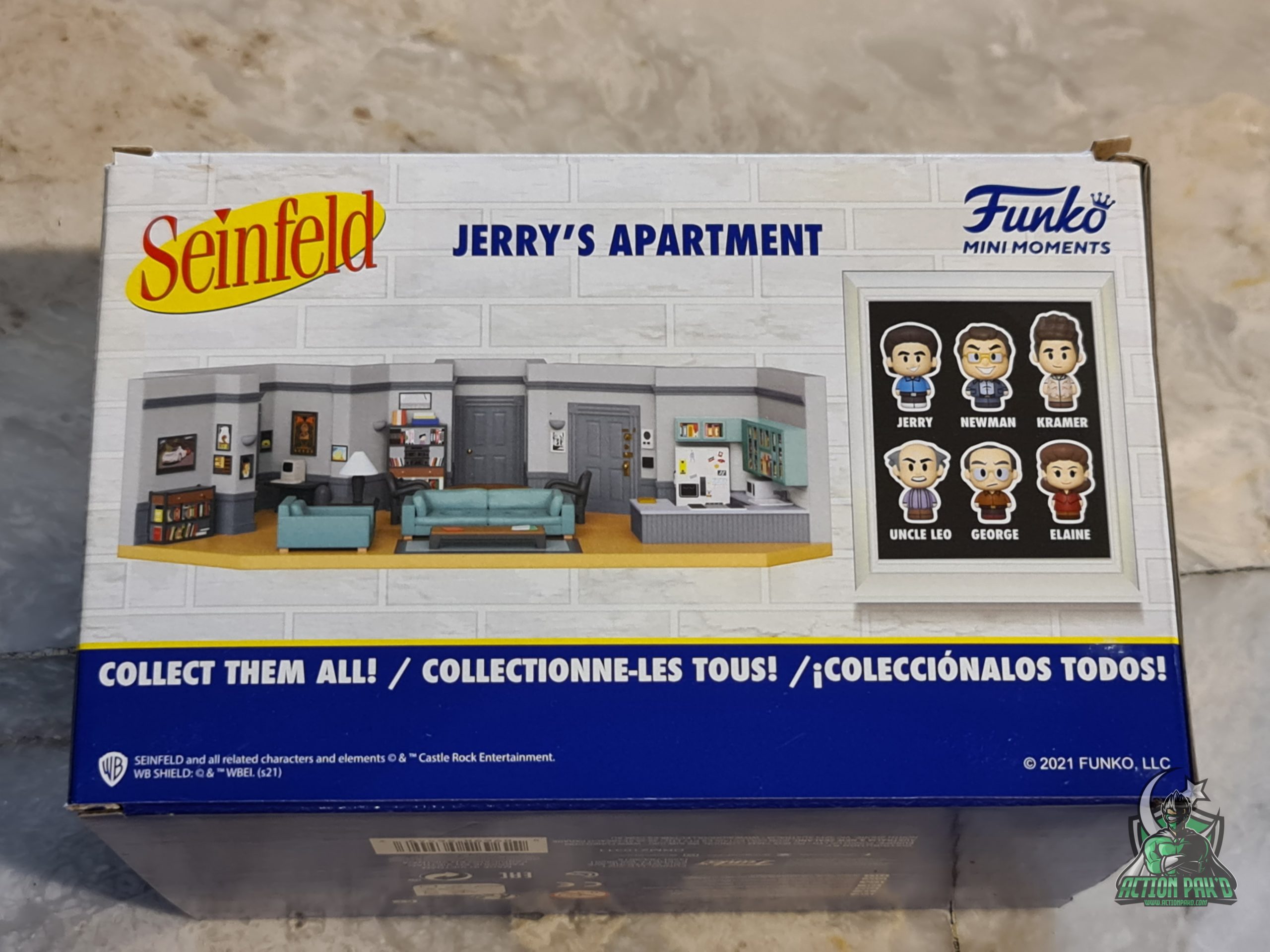 Inside each, as expected, is the mini figure and set piece which all combine together to form the full set. 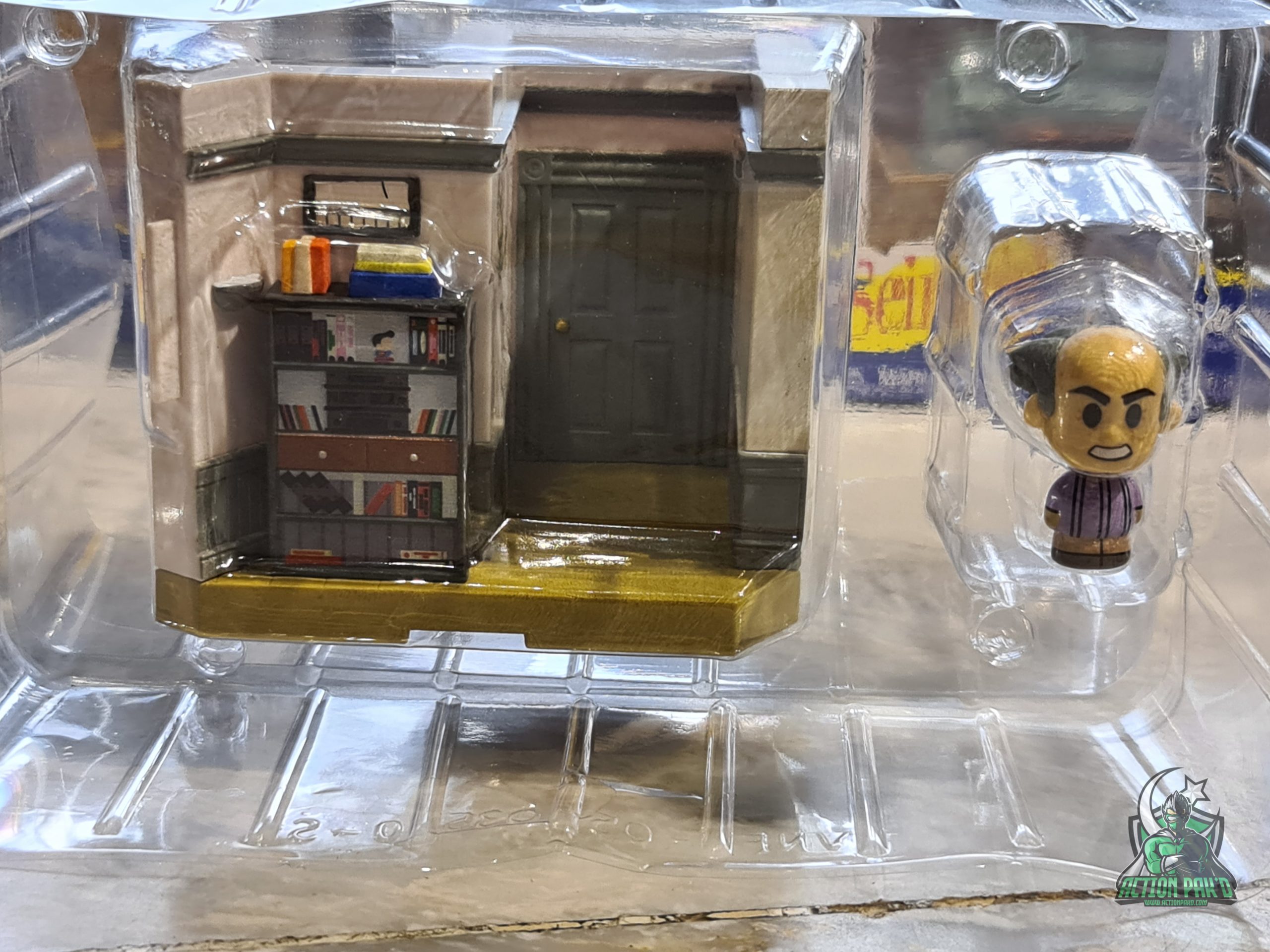 Let’s get to building! Here are all 6 set pieces, now time to snap them together. 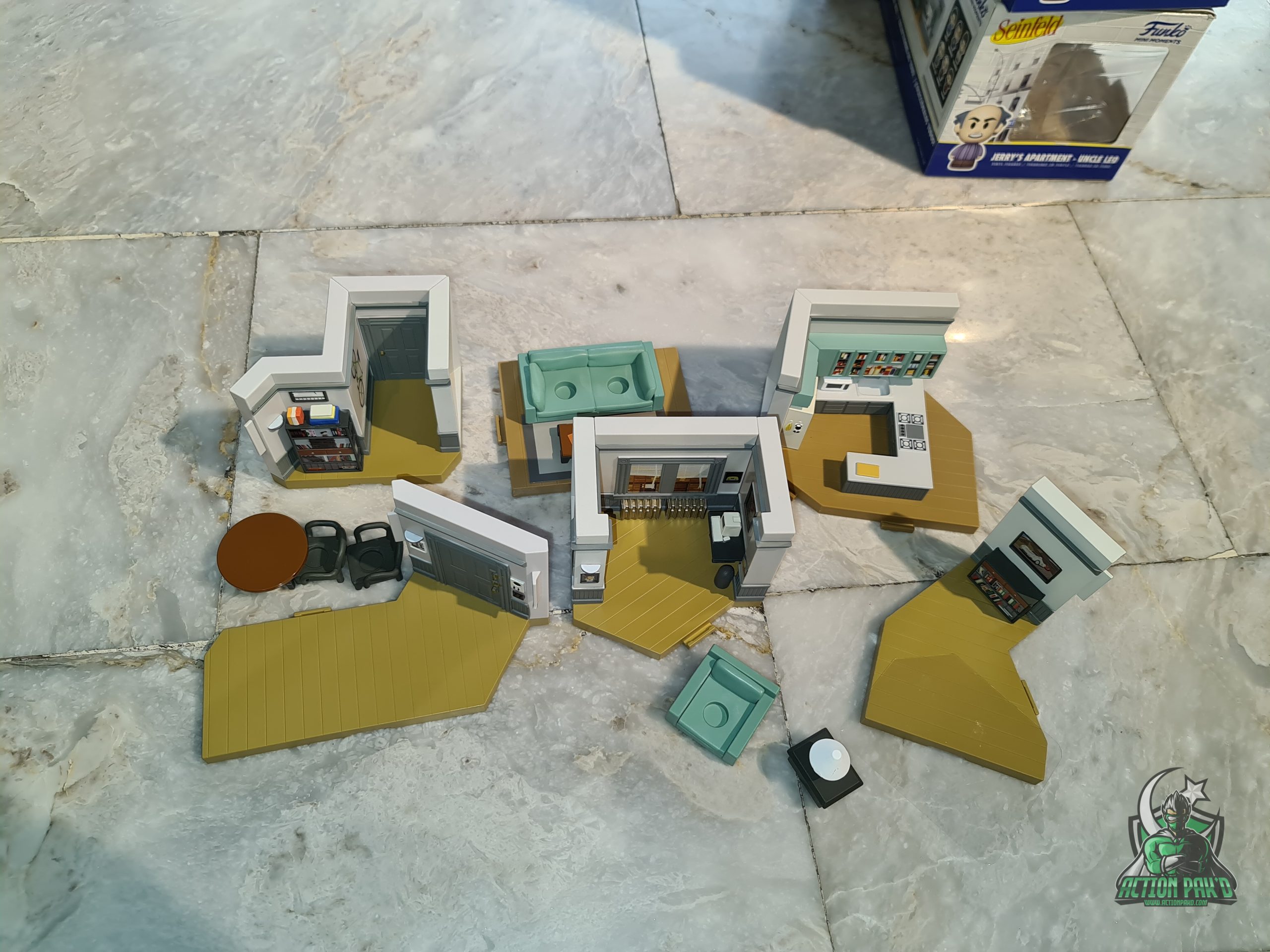 Once combined these form a pretty awesome replica of the apartment along with all the small details and nuances it contained such as the computer desk, book case, kitchen, and living area. 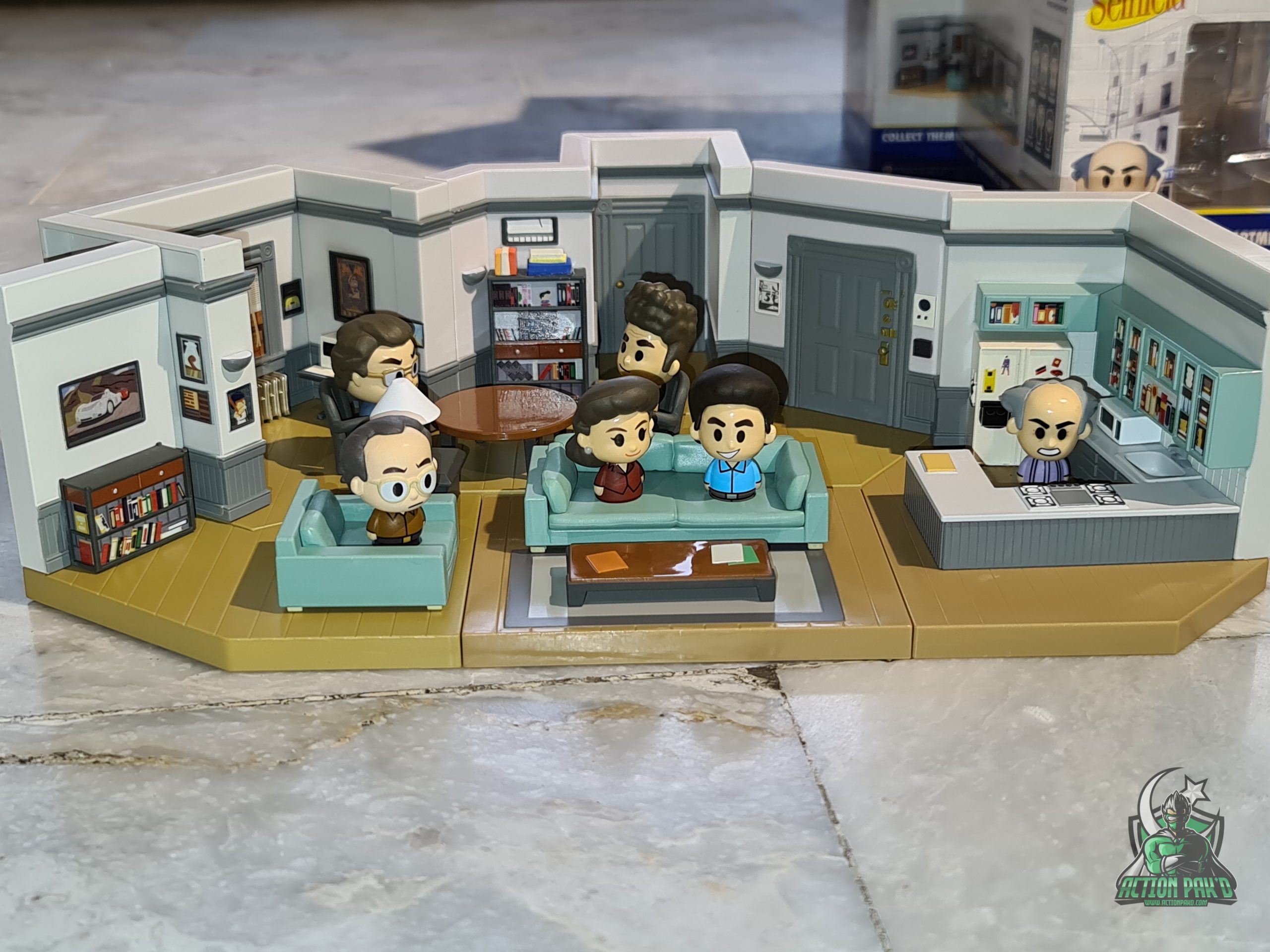 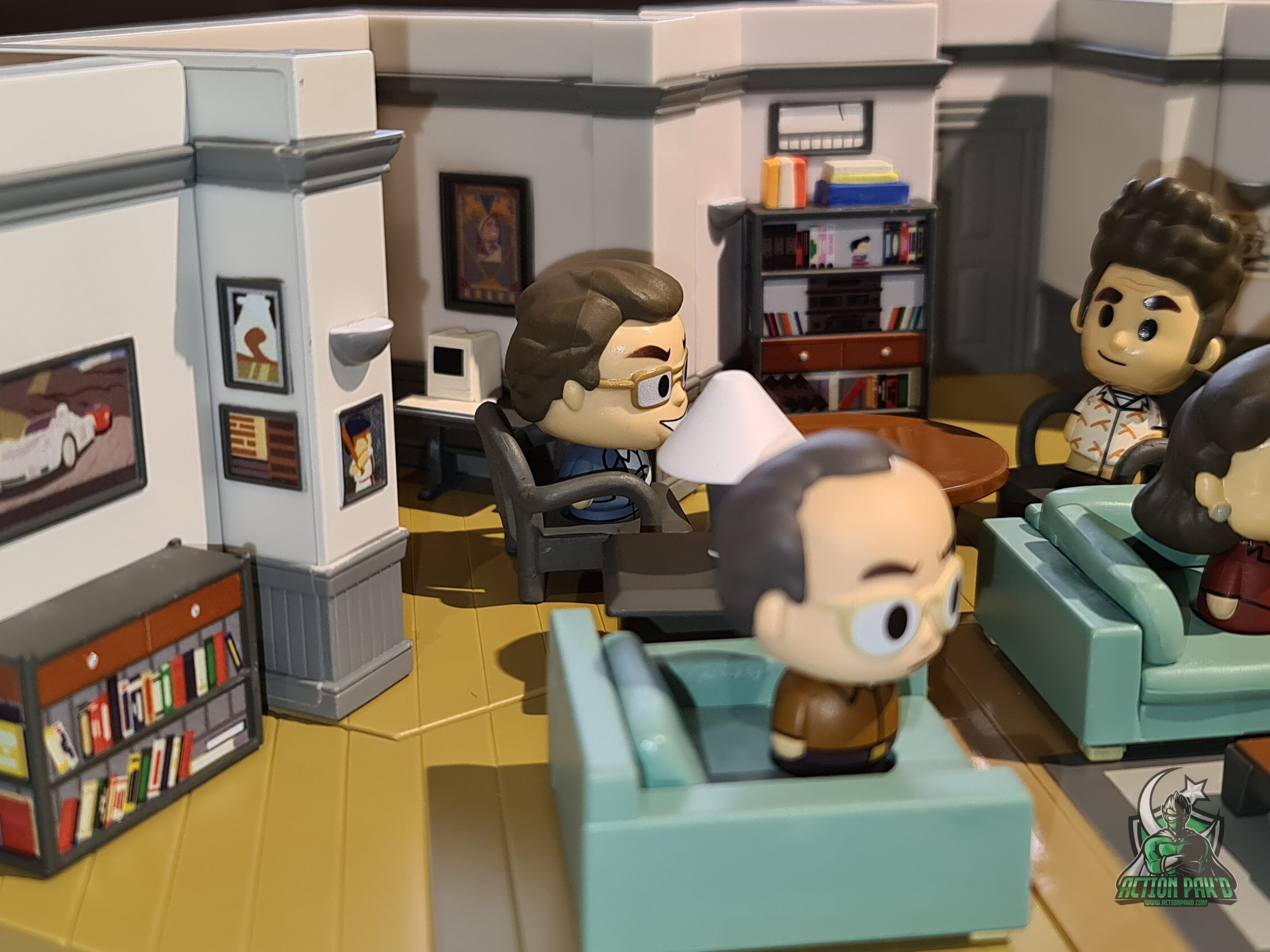 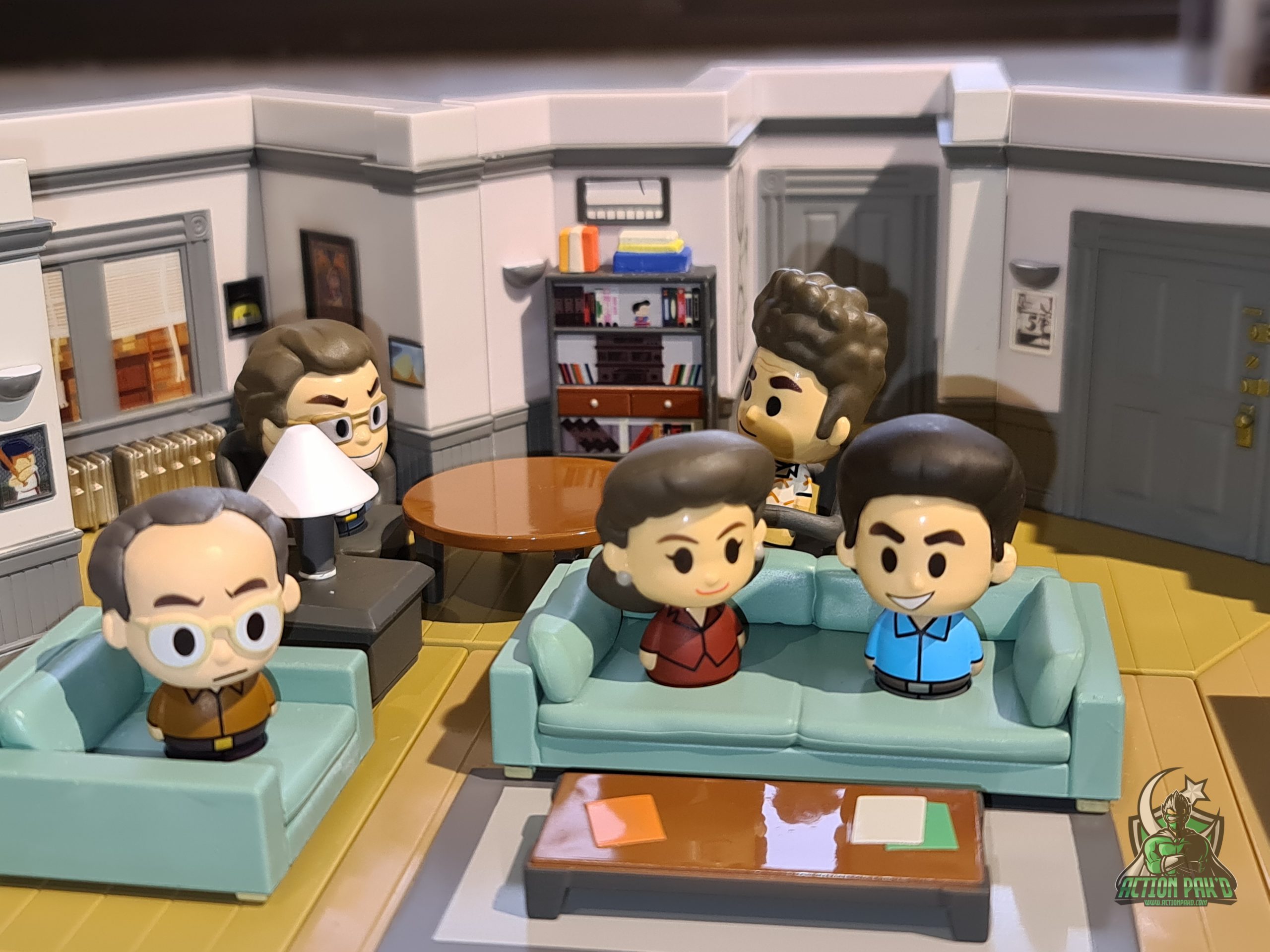 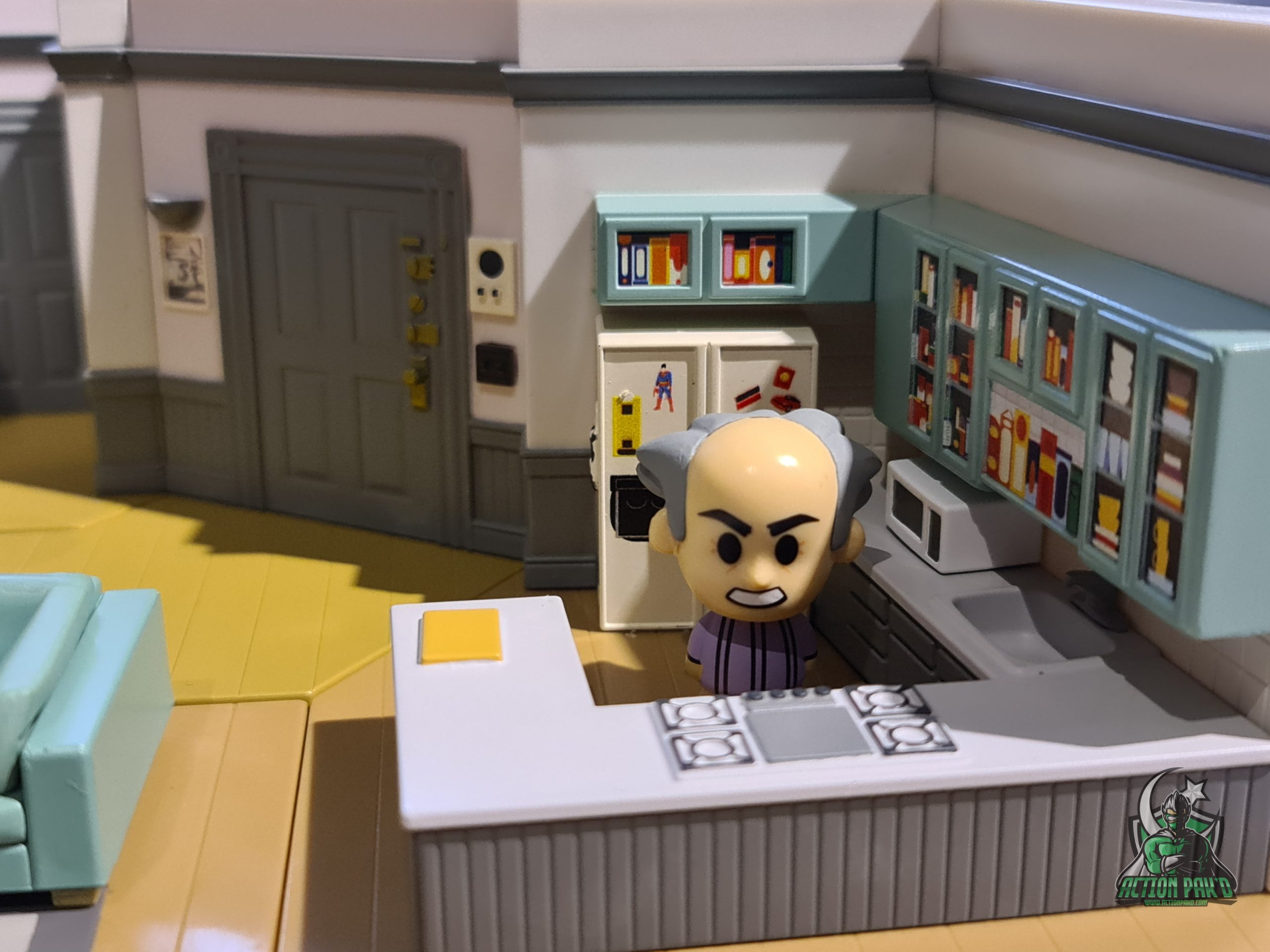 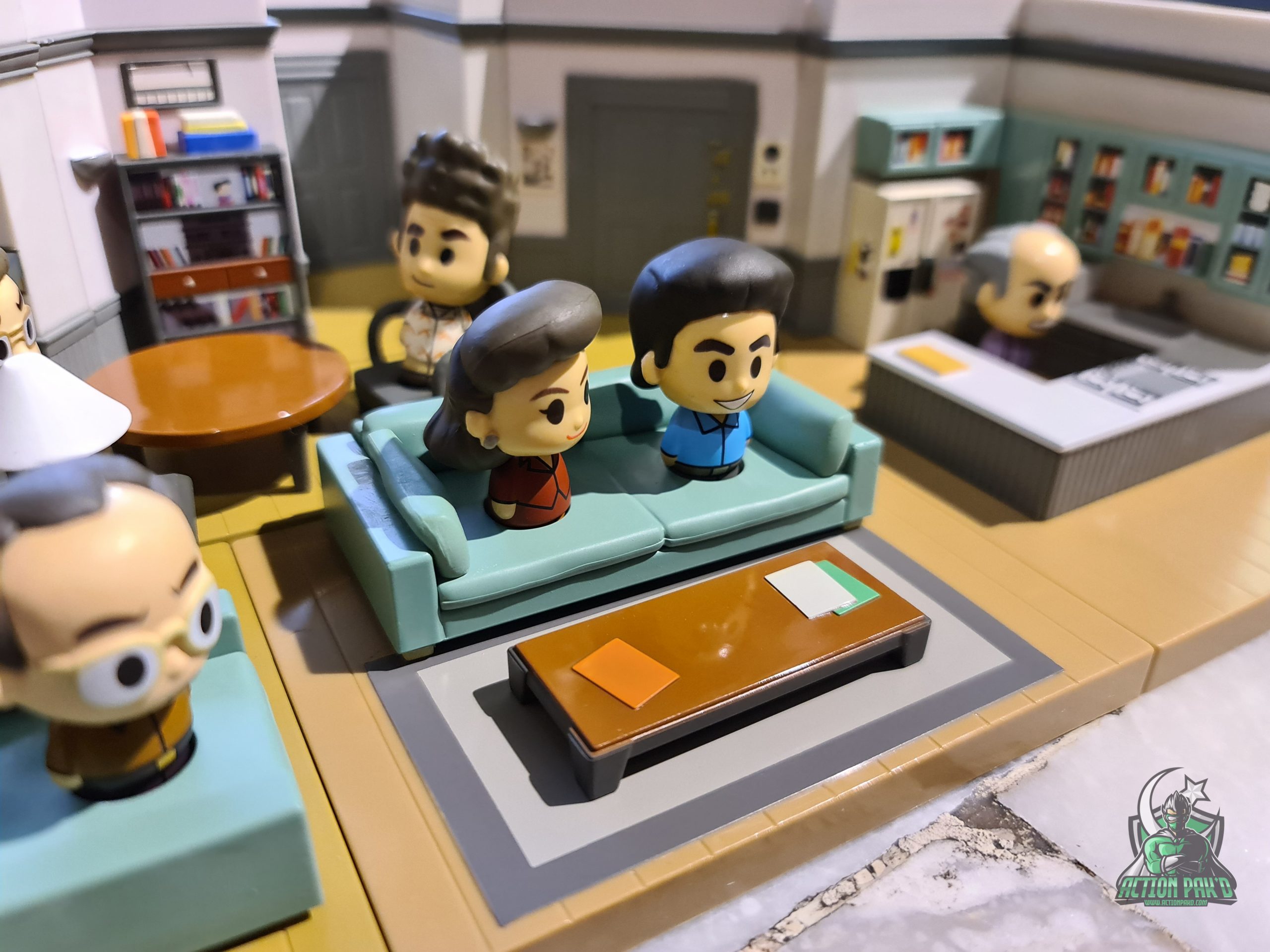 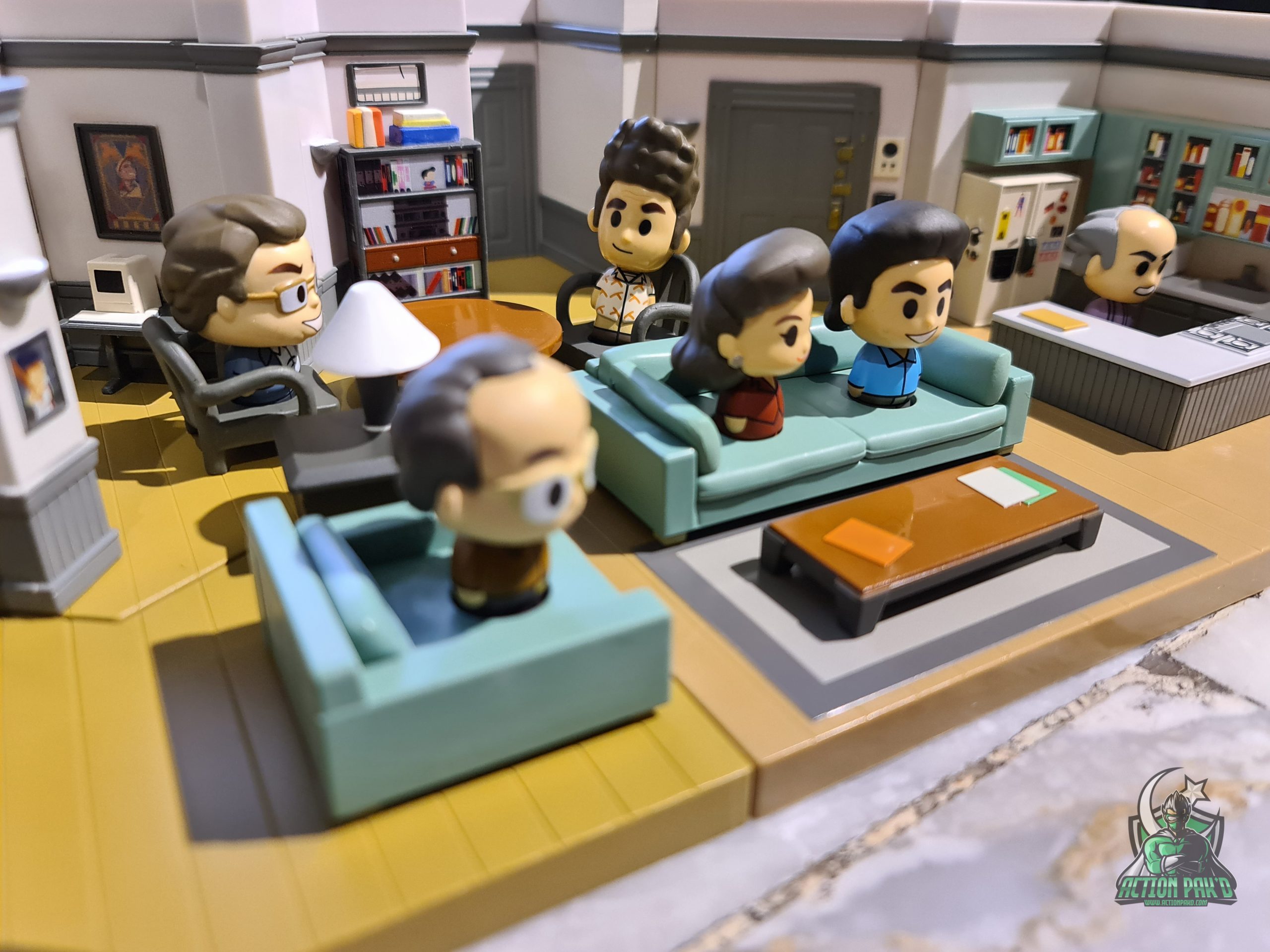 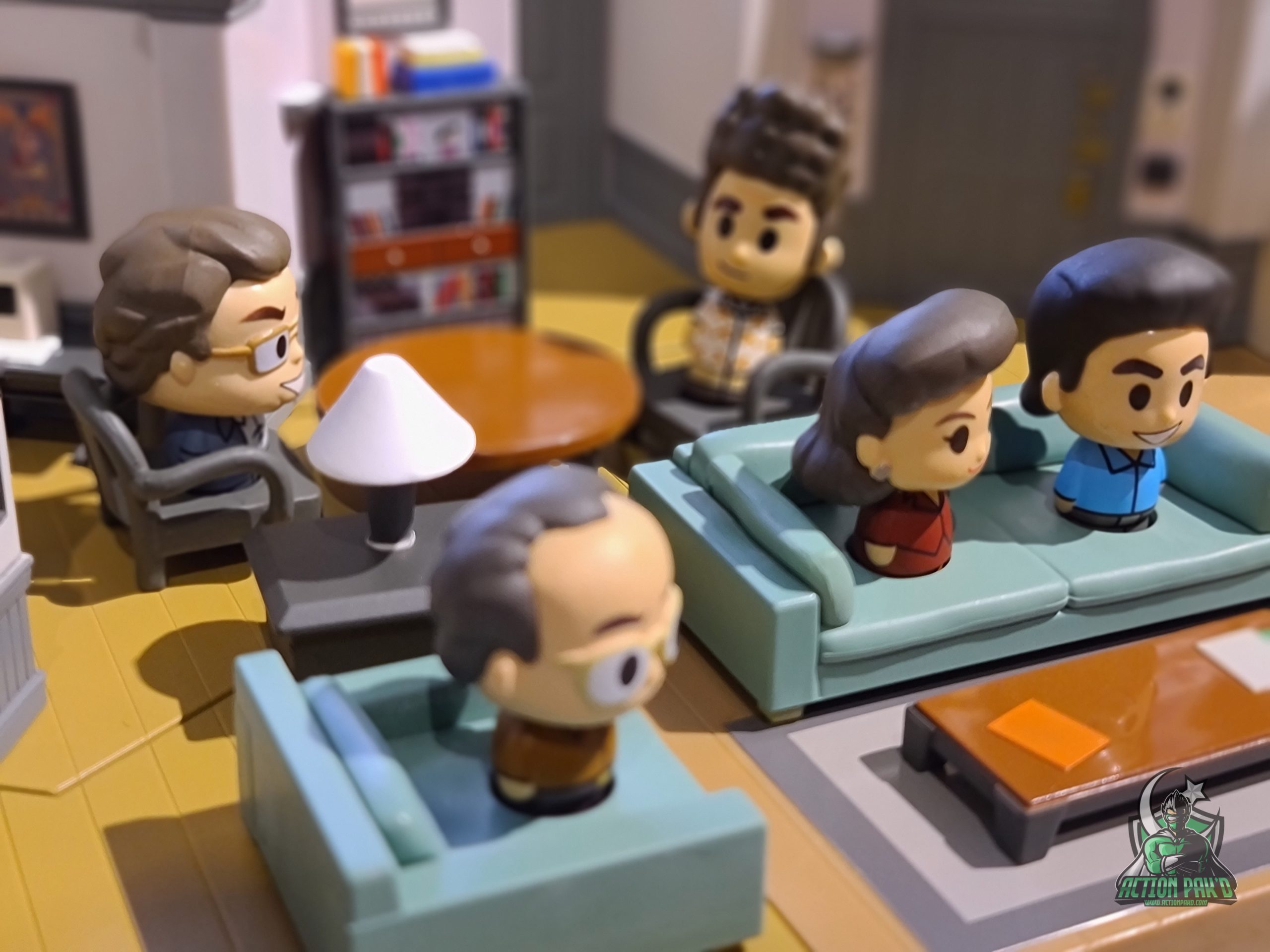 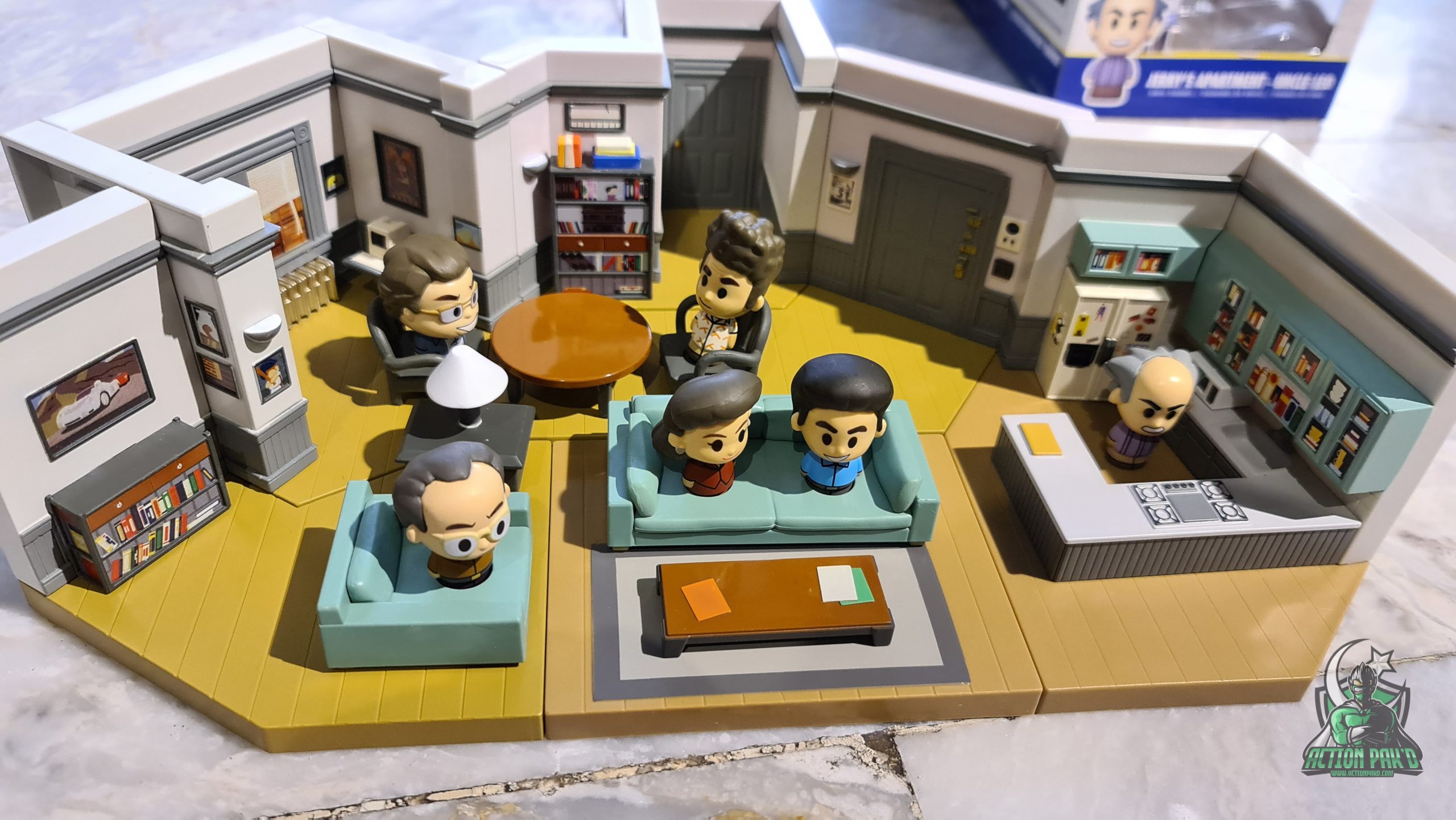 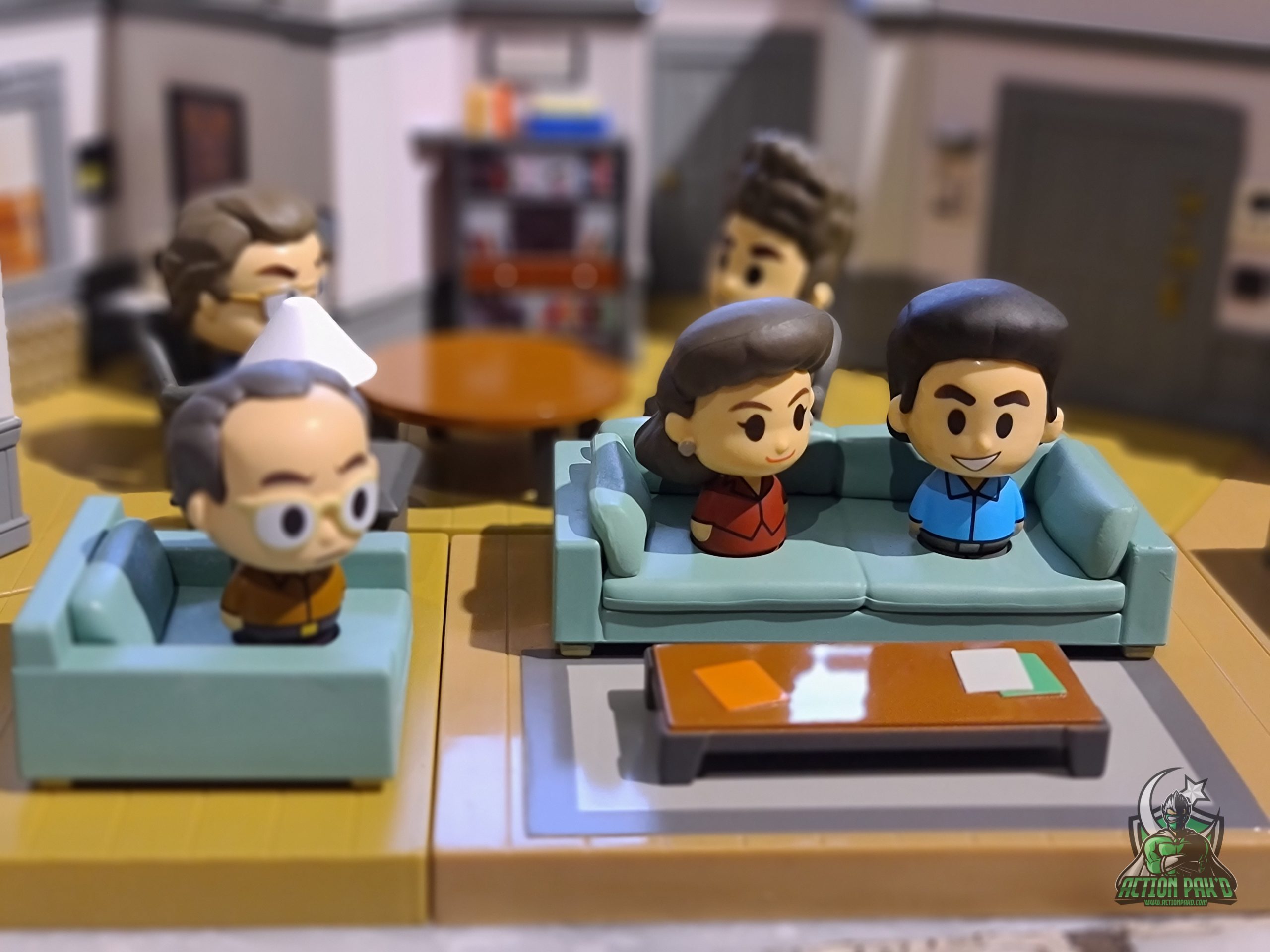 Here is a quick video showing the full set of 6. This would look great under a display case or in a acrylic box and in my opinion is a must have for any Seinfeld fan.