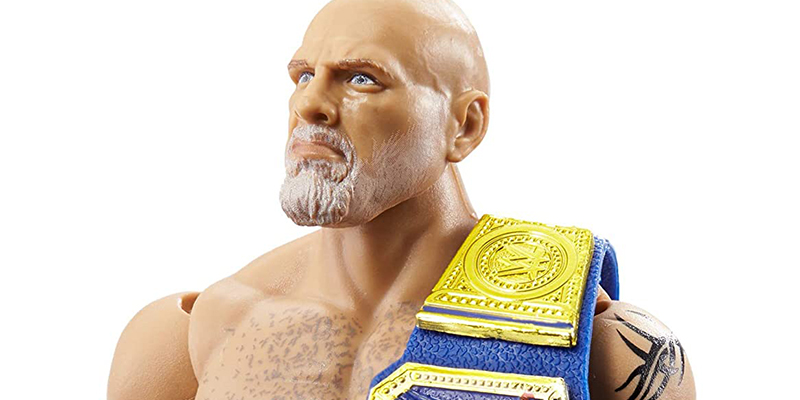 Continuing with the recent WWE unboxings here on AP, today I am checking out a WWE WrestleMania Elite figure of the one and only GOLDBERG. After many years away from wrestling Goldberg returned for several matches in the WWE over the last few years including capturing the WWE Universal Championship which is included with the figure. 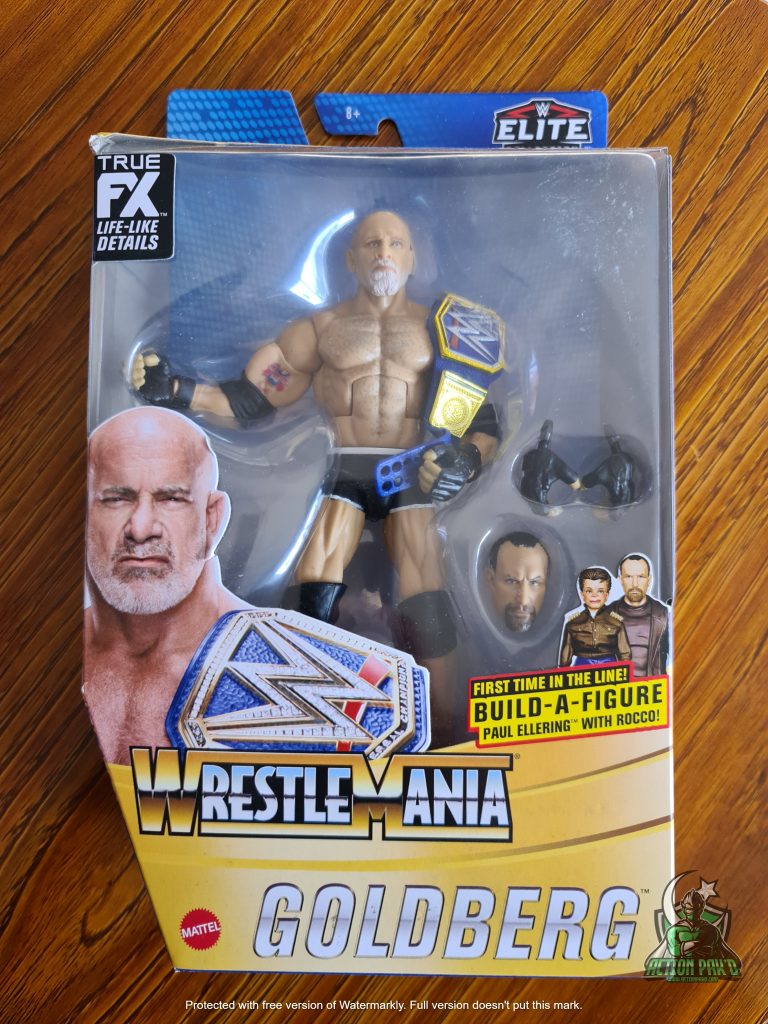 As we can see on the back card, this figures is based on his Wrestlemania 36 attire/look where he defended his belt against Braun Strowman. This series of elites also includes some awesome figures of Edge, Chyna, and one of the best Shawn Michaels ever made (unboxing of HBK coming soon). 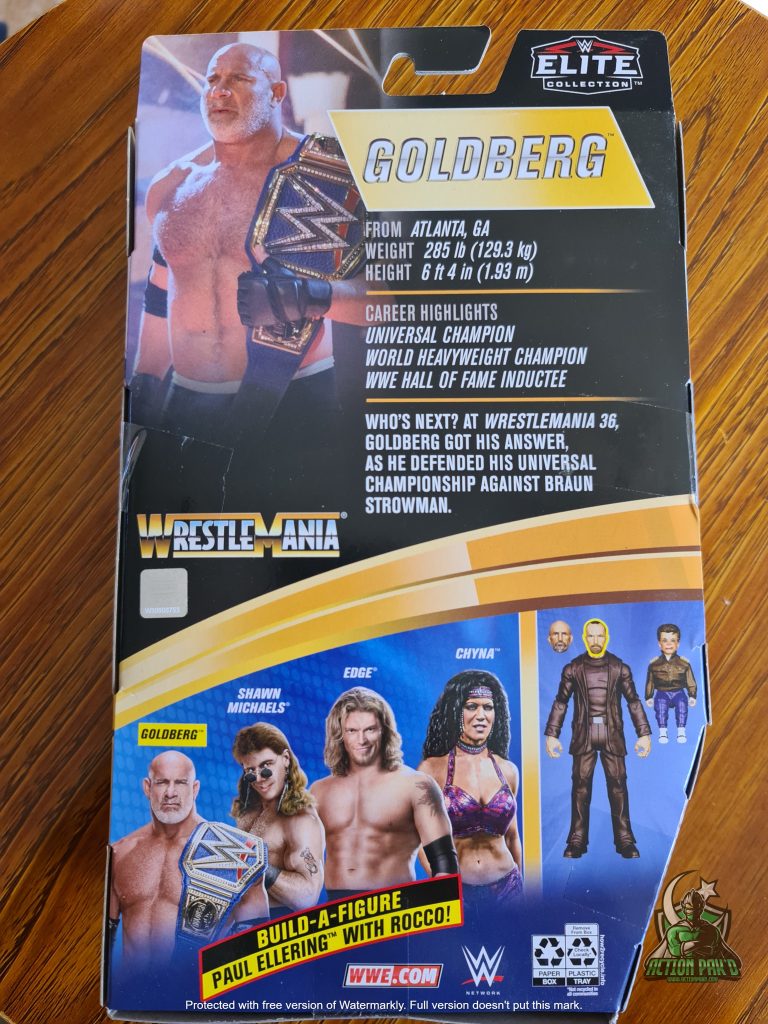 This true-fx elite figure comes with a great head scan of the hall of famer that shows the intensity he brought to the ring. Classic Goldberg attire with the black trunks, gloves, pads, and boots. As a part of this elite series, it also has the build a figure of Paul Ellering pieces included. 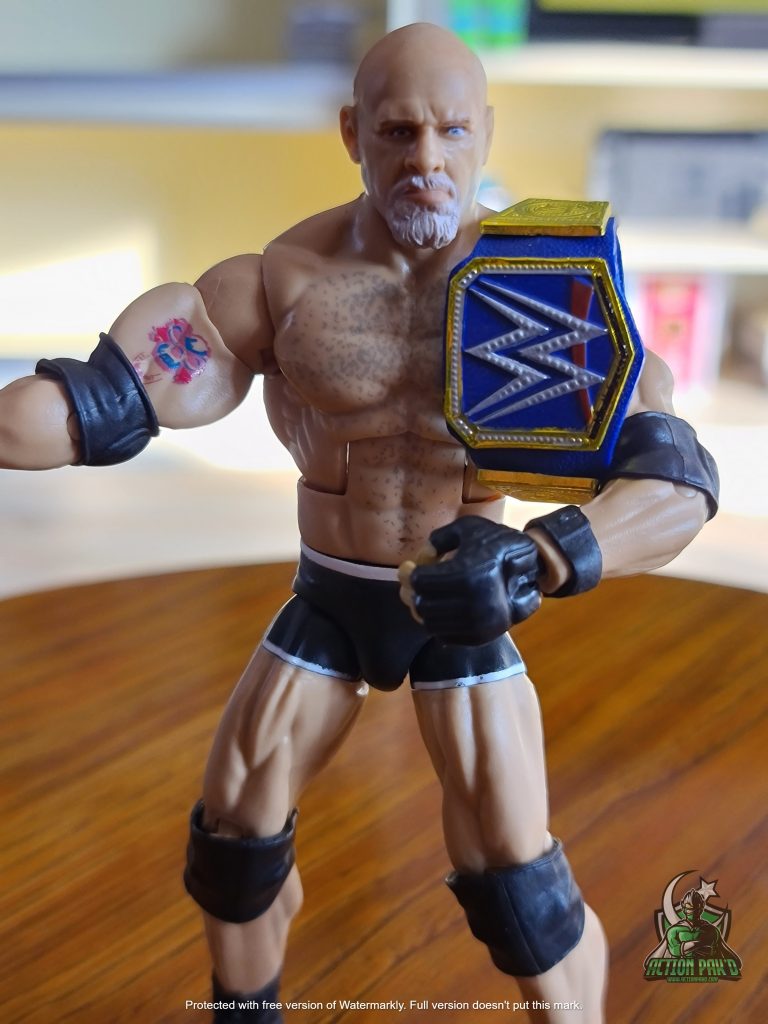 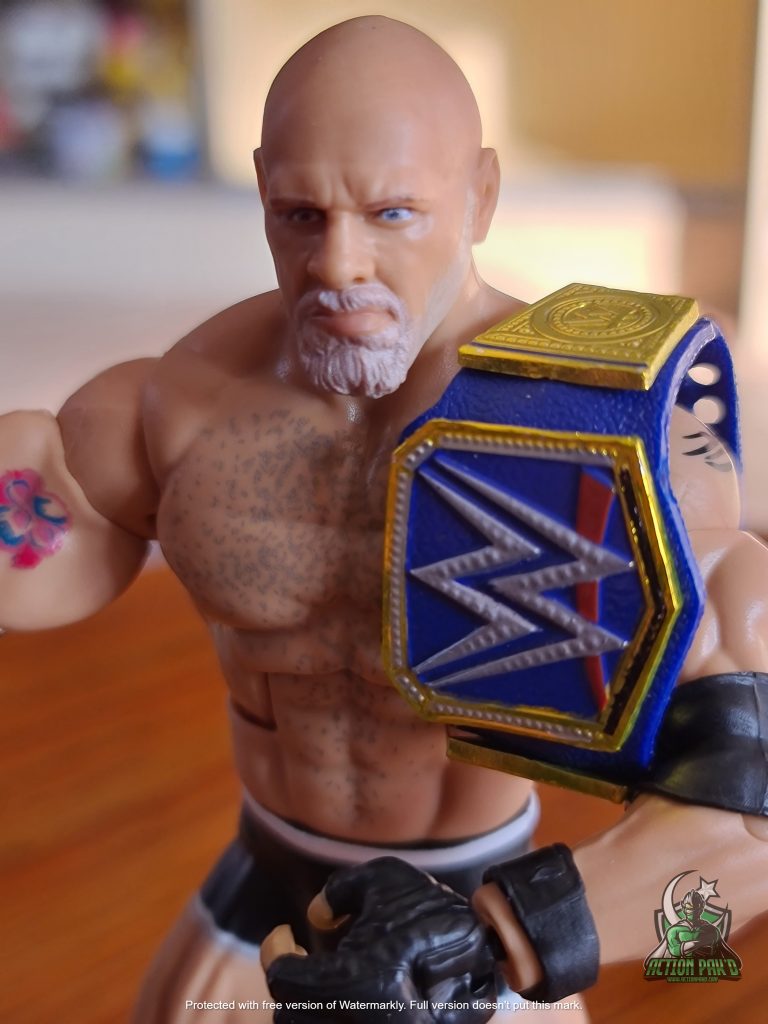 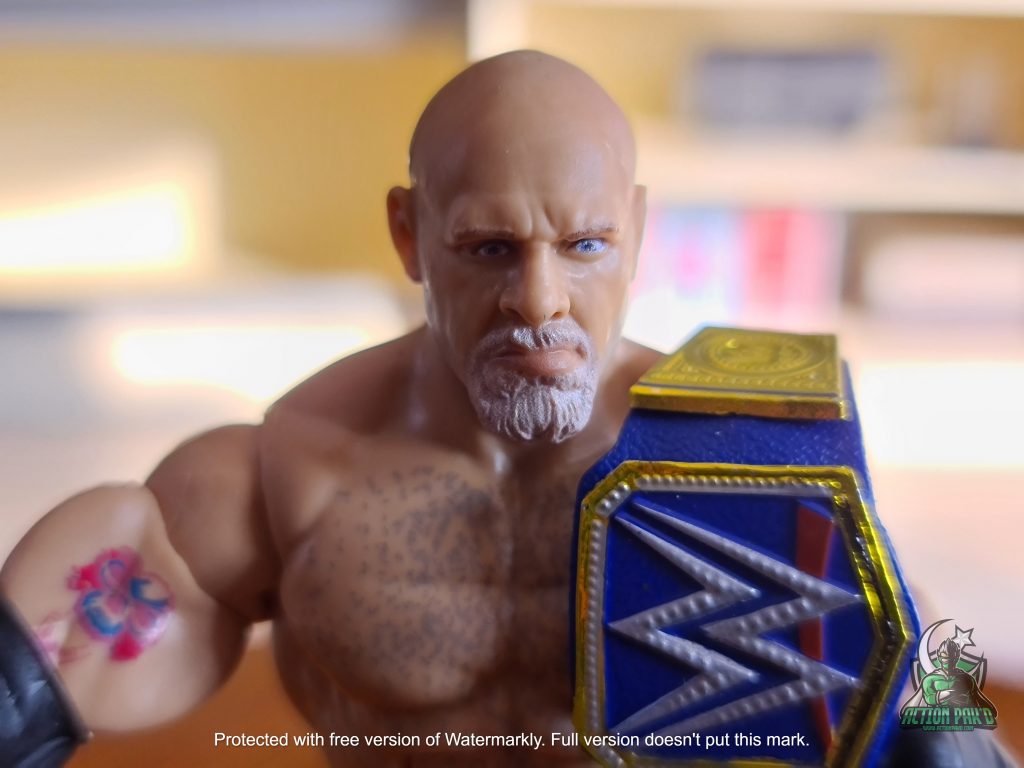 There have been many Goldberg releases over the years but this is one of the best yet. Only one question remains – WHO’S NEXT? 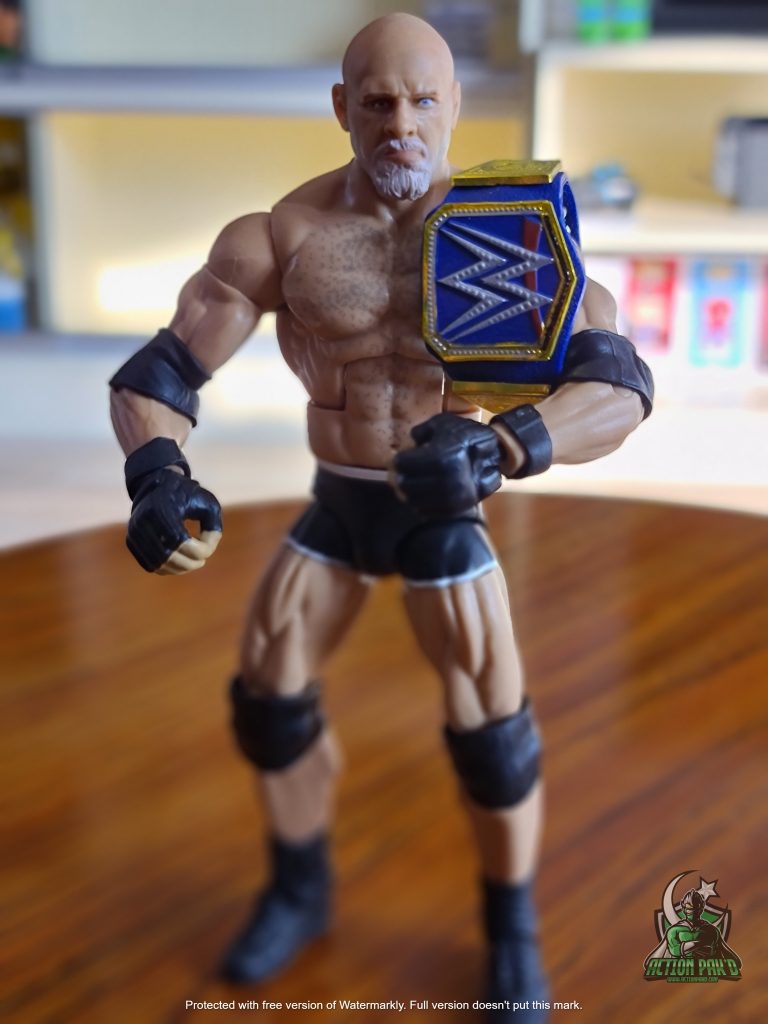 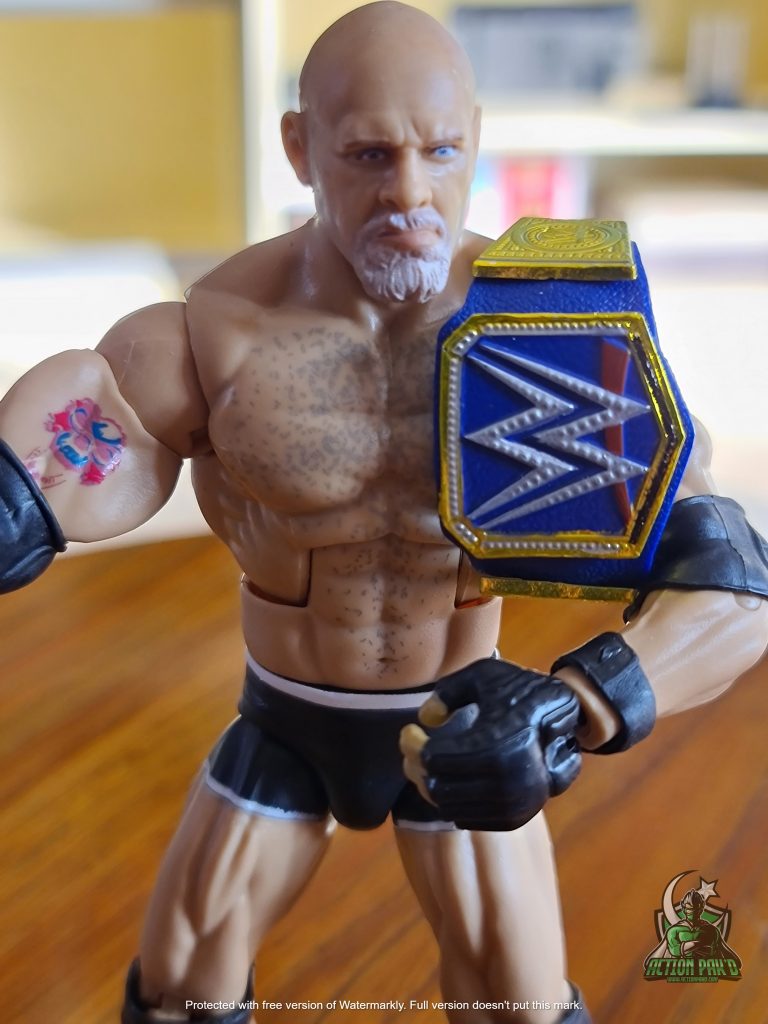 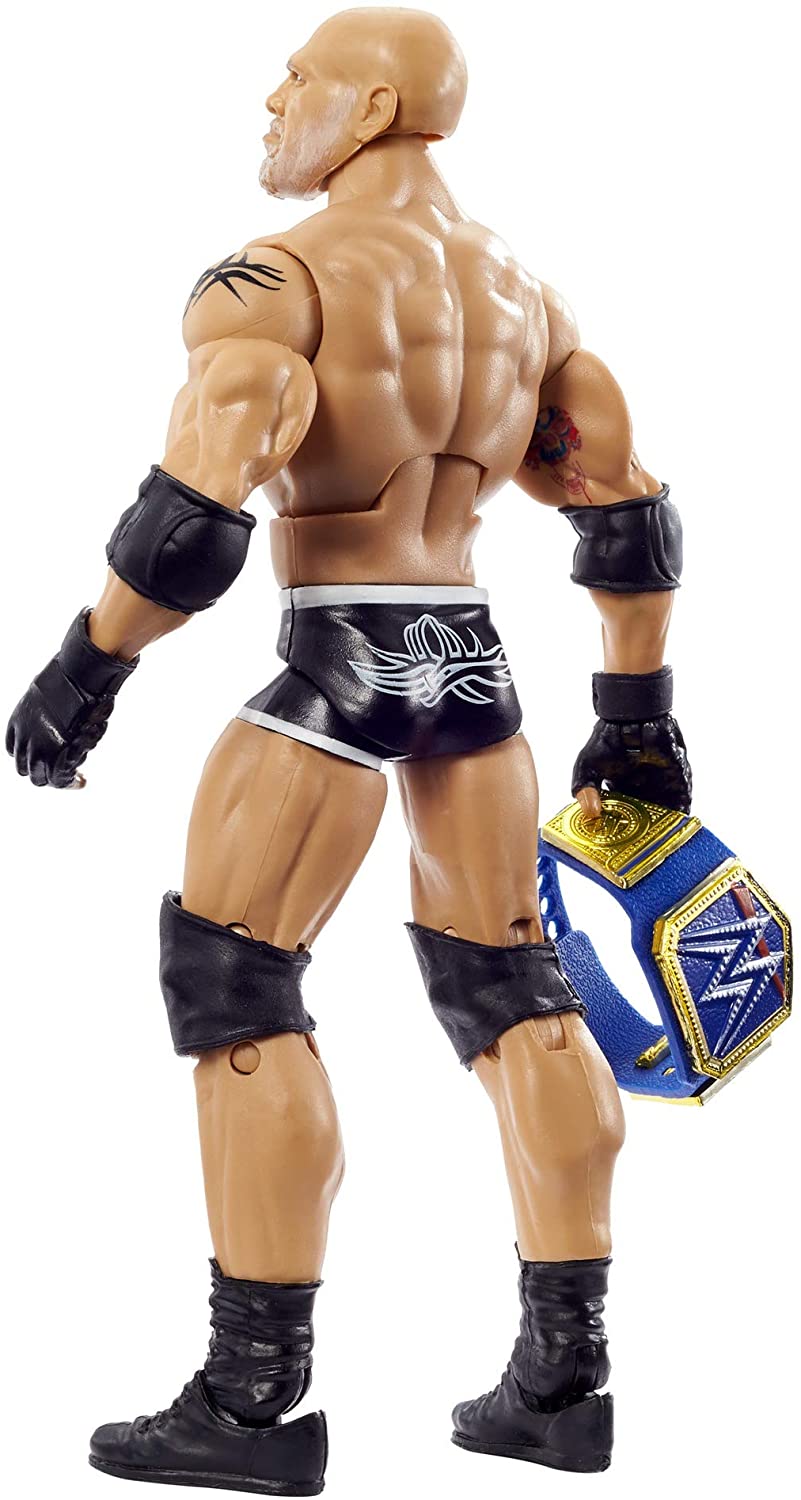