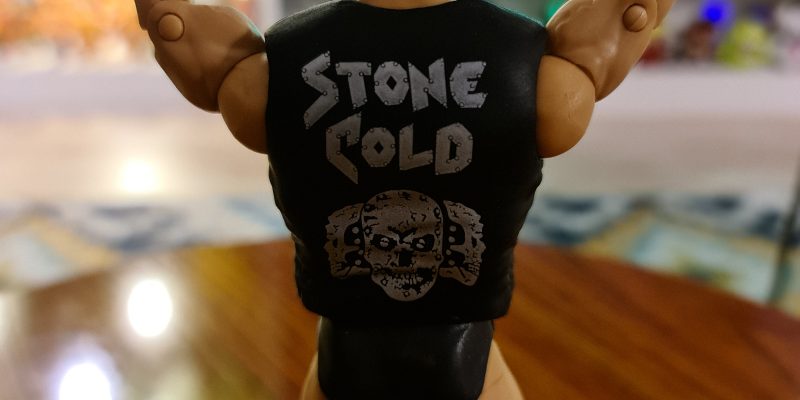 Who can forget one of the most groundbreaking times in wrestling history. When the Texas rattlesnake gave his epic speech at the King of the Ring event in 1996 and became “Stone Cold.”

The first thing I want to be done, is to get that piece of crap out of my ring. Don’t just get him out of the ring, get him out of the WWF because I’ve proved son, without a shadow of a doubt, you ain’t got what it takes anymore! You sit there and you thump your Bible, and you say your prayers, and it didn’t get you anywhere. Talk about your psalms, talk about John 3:16…Austin 3:16 says I just whipped your a**!

Today’s unboxing is a special one as I take a look at the WWE Stone Cold Steve Austin Ultimate Edition figure. The series of UE figures has really taken the wrestling figure game up a notch with better details, face scans, and some great accessories. This figure is no different and packed with some awesome items. Let’s check out some quick details and get to it. 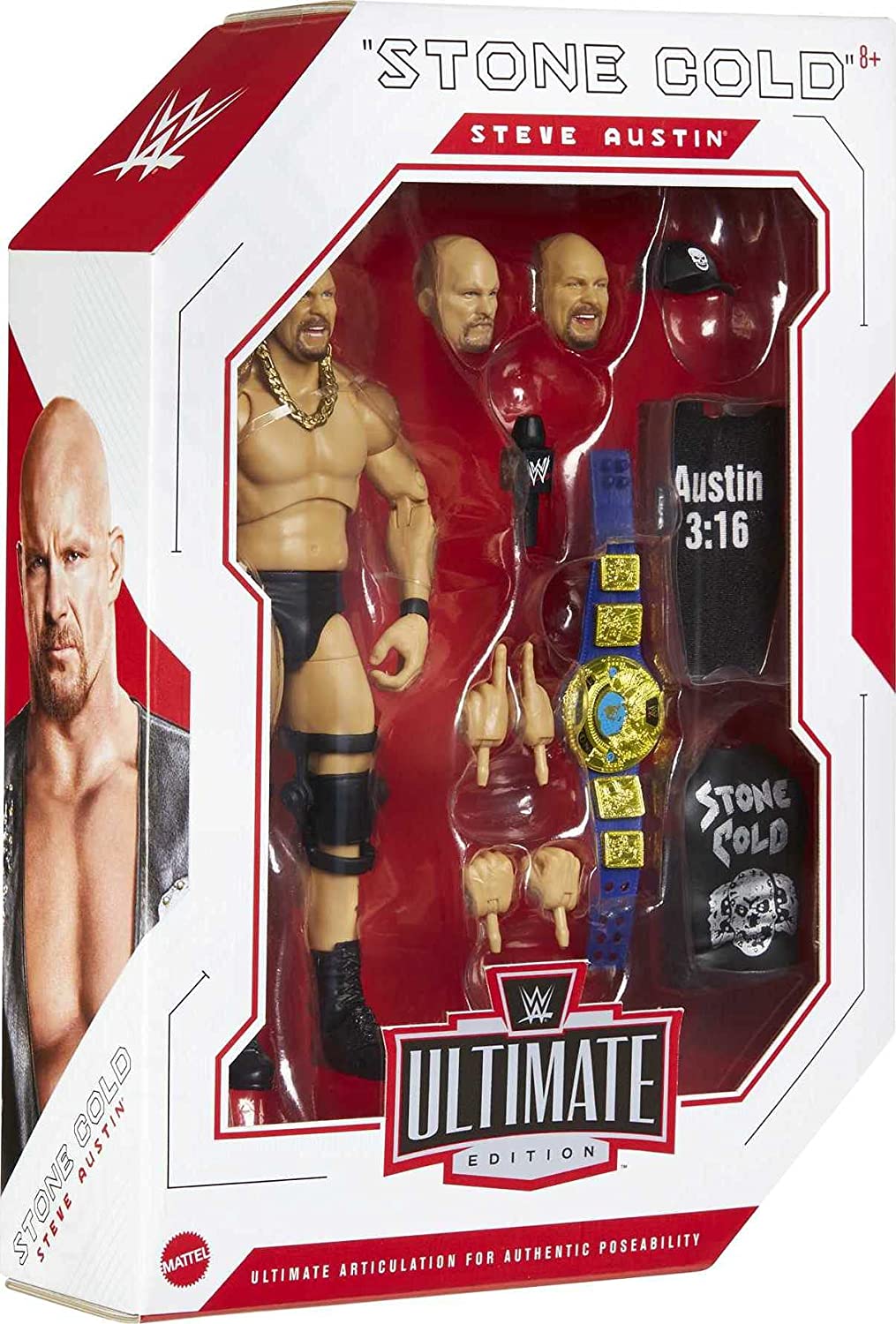 As I have mentioned many times before, I love the packaging on the UE figures. Nice large clear window with a consistent box design which is great for in-box collectors. The front shows the contents inside and this one sure has a some great extras. The sides and back show images of Austin along with some details on the former multi-time champion. 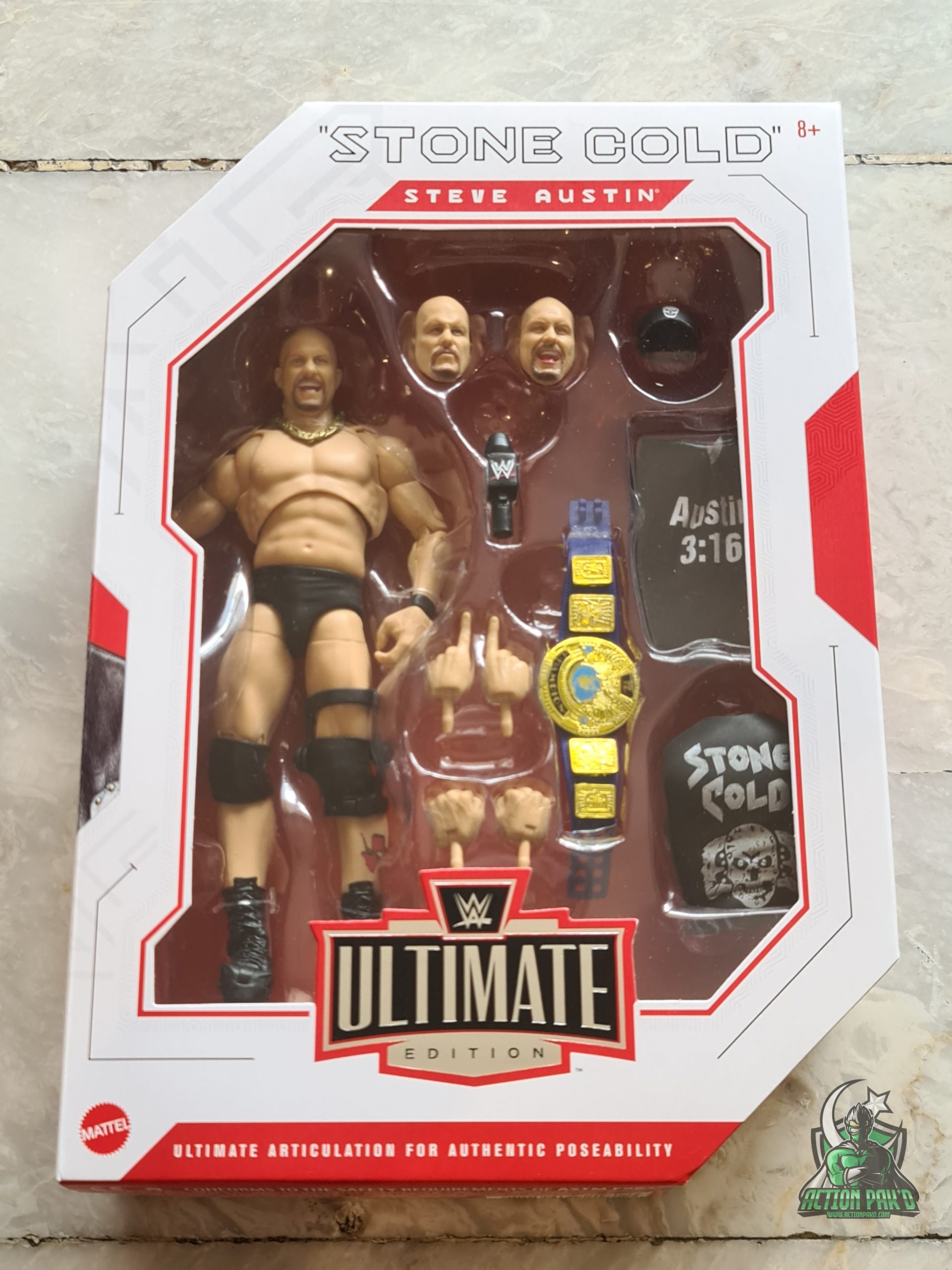 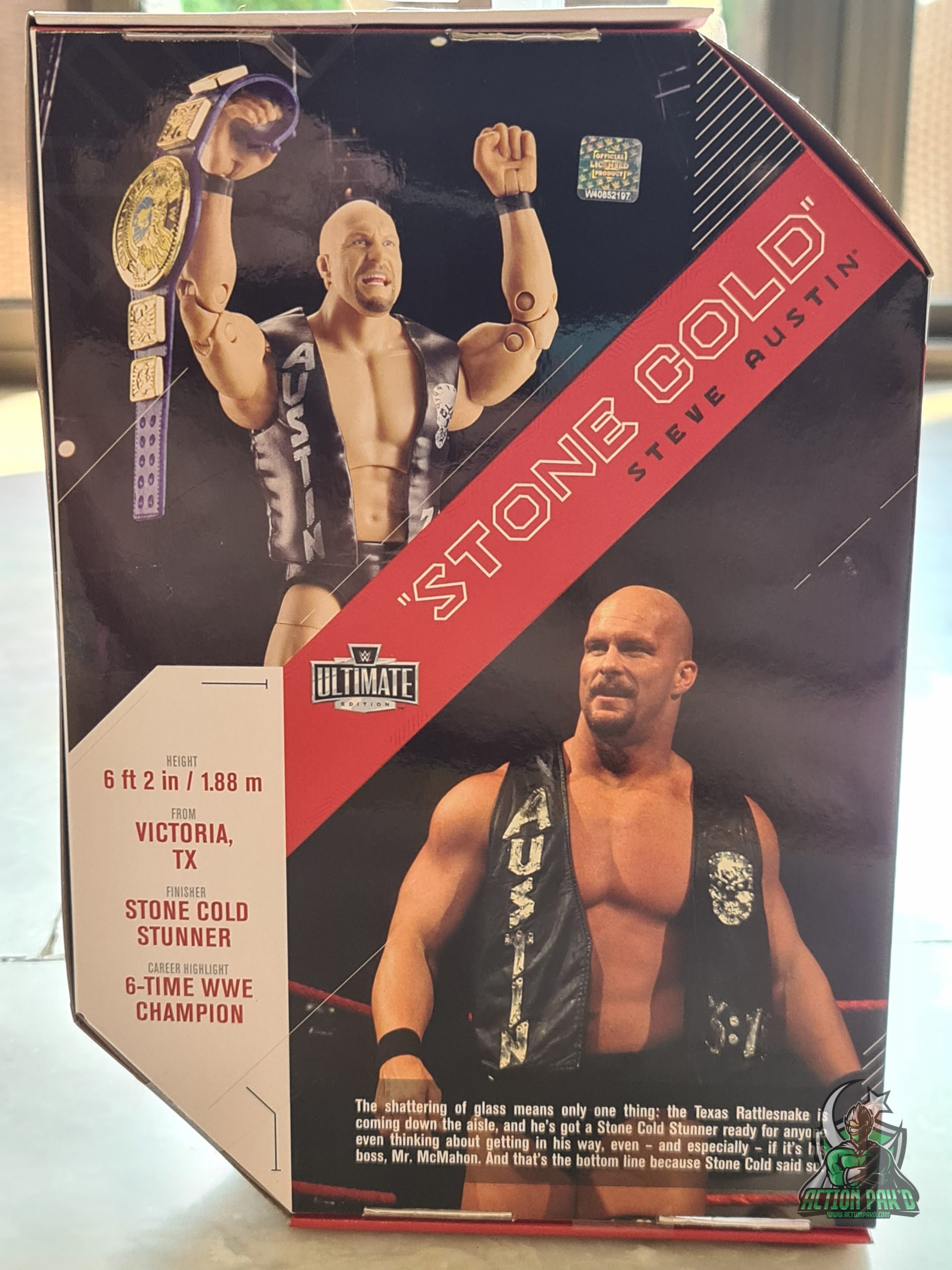 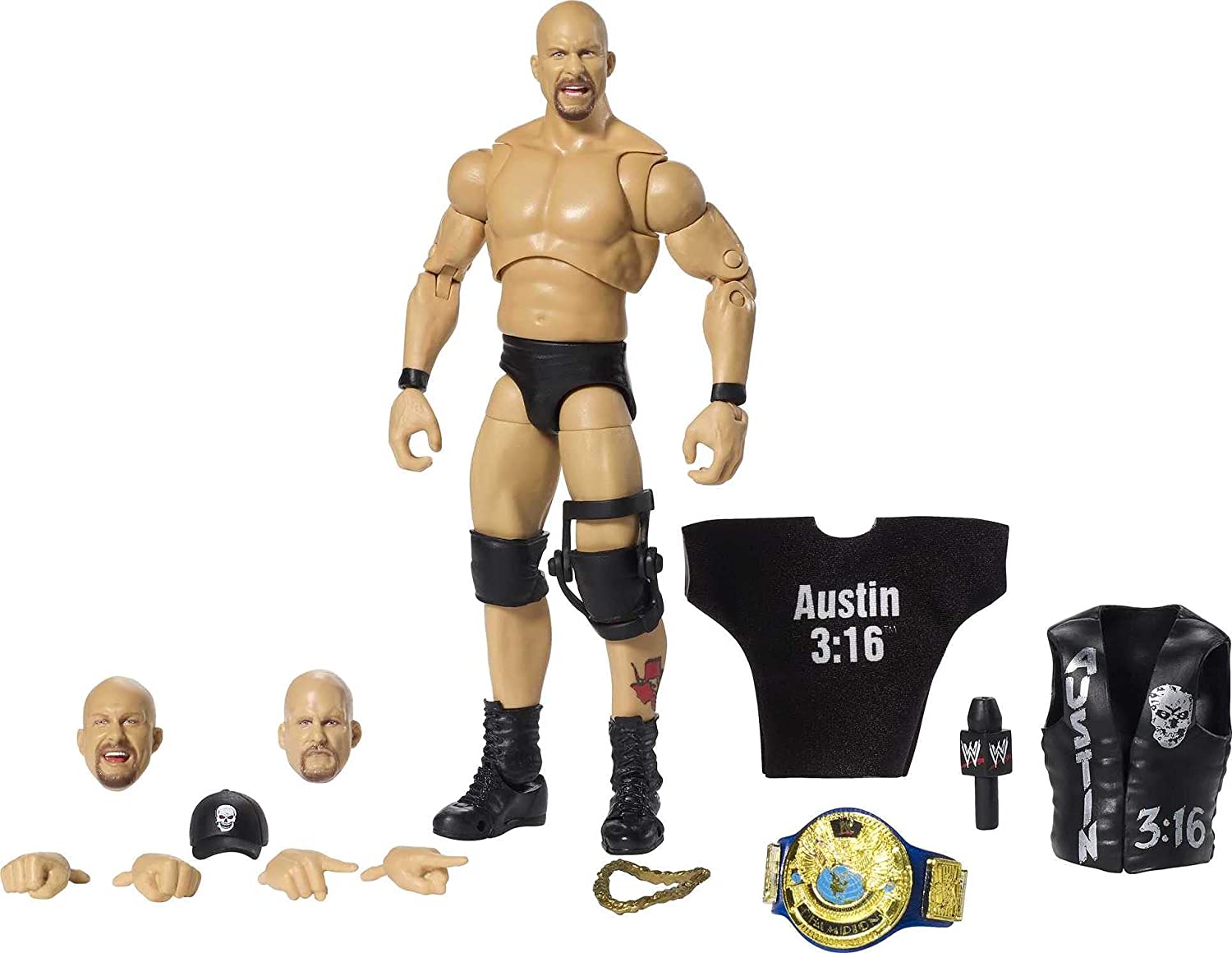 The blue belt is an awesome addition to this figure and a rare belt to get. Face scans are some of the best I have seen and the extra hat, necklace, shirt, mic, and vest really complete the look. 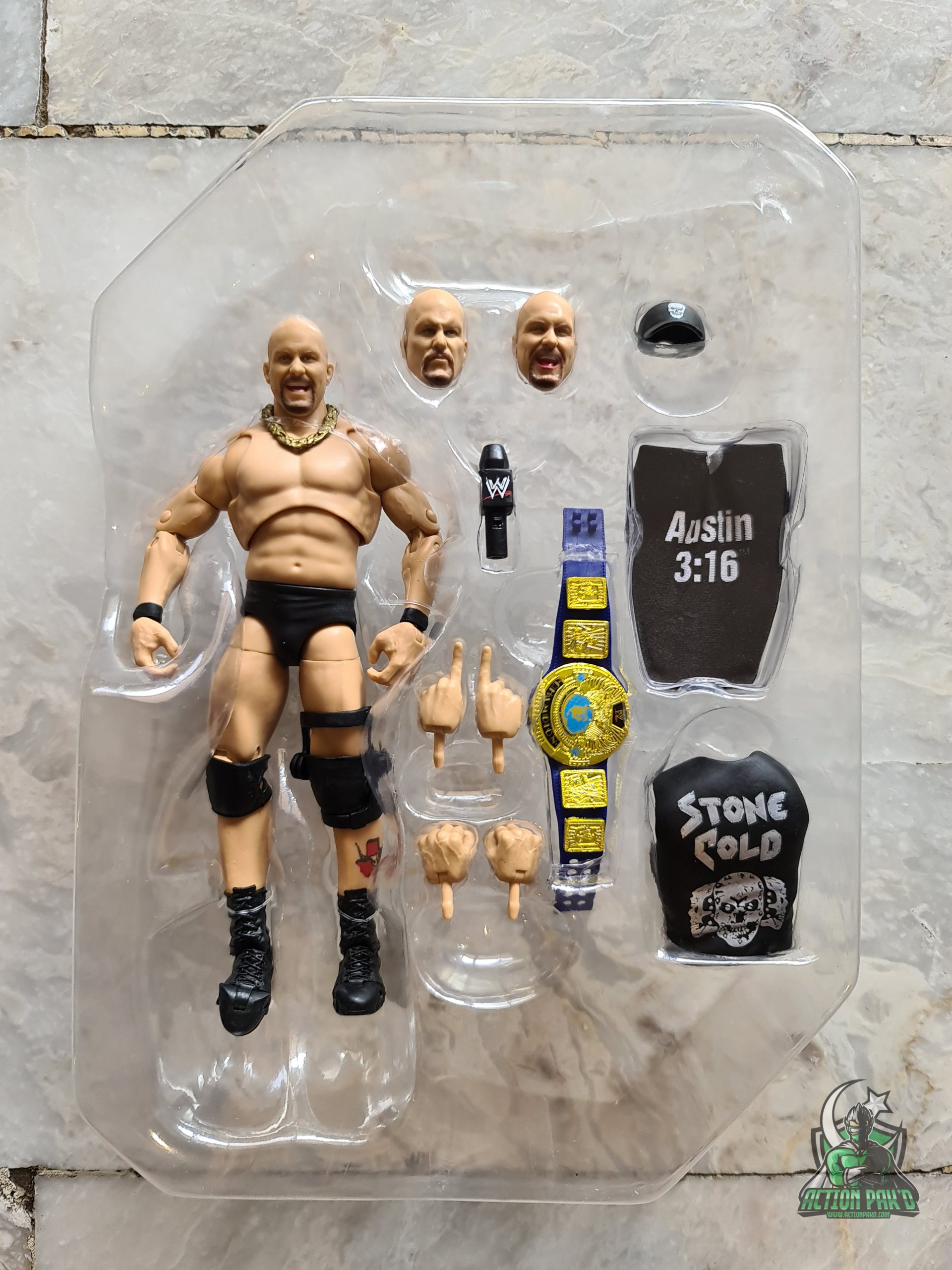 As with all the UE figures, this one has nice articulation with 30+ movement points and the newer developed joint types which allow for a multitude of poses. You can really feel a difference with these compared to any other type of WWE figure, even the Elite series. 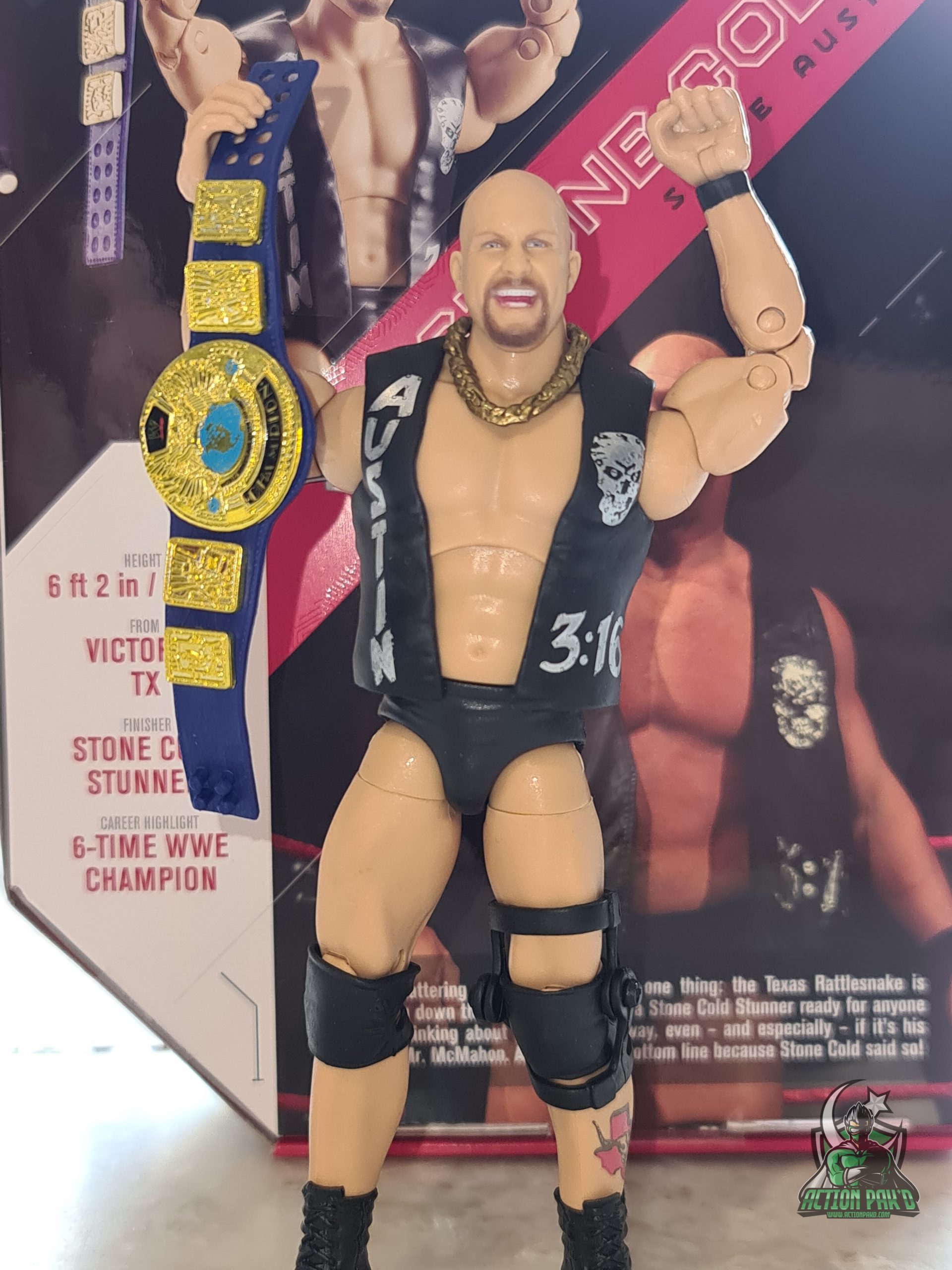 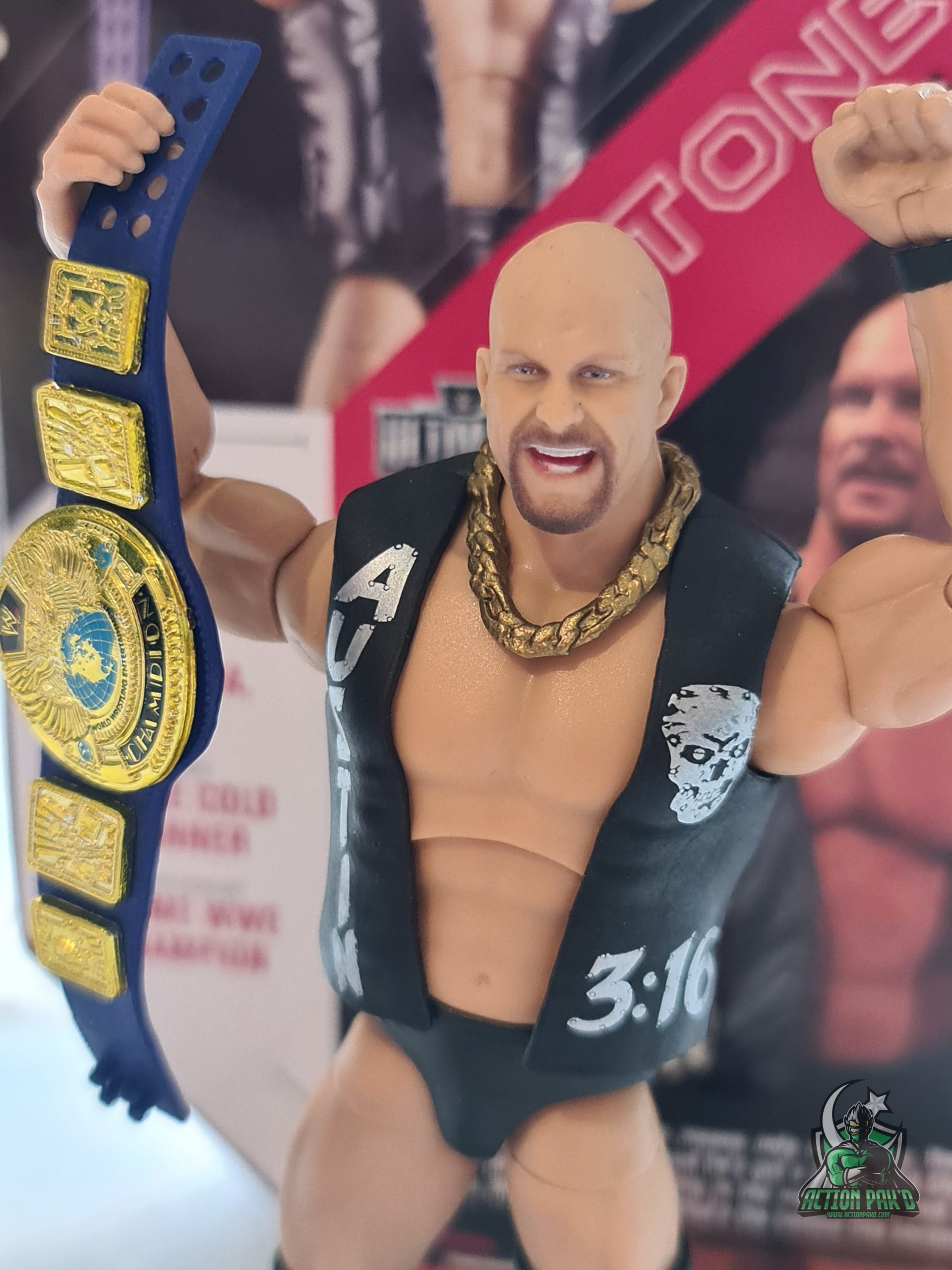 The blue belt is a great addition along with the hat and shirt that take you back to one of the best feuds in wrestling history with SC & Mr McMahon, specifically to the segment below. Who can forget when WWE fans were lead to believe that Stone Cold “sold out” and joined forces with Vince only to flip the table and, well, you know the rest. If not, check out this clip below – always remember, DTA (don’t trust anyone)! 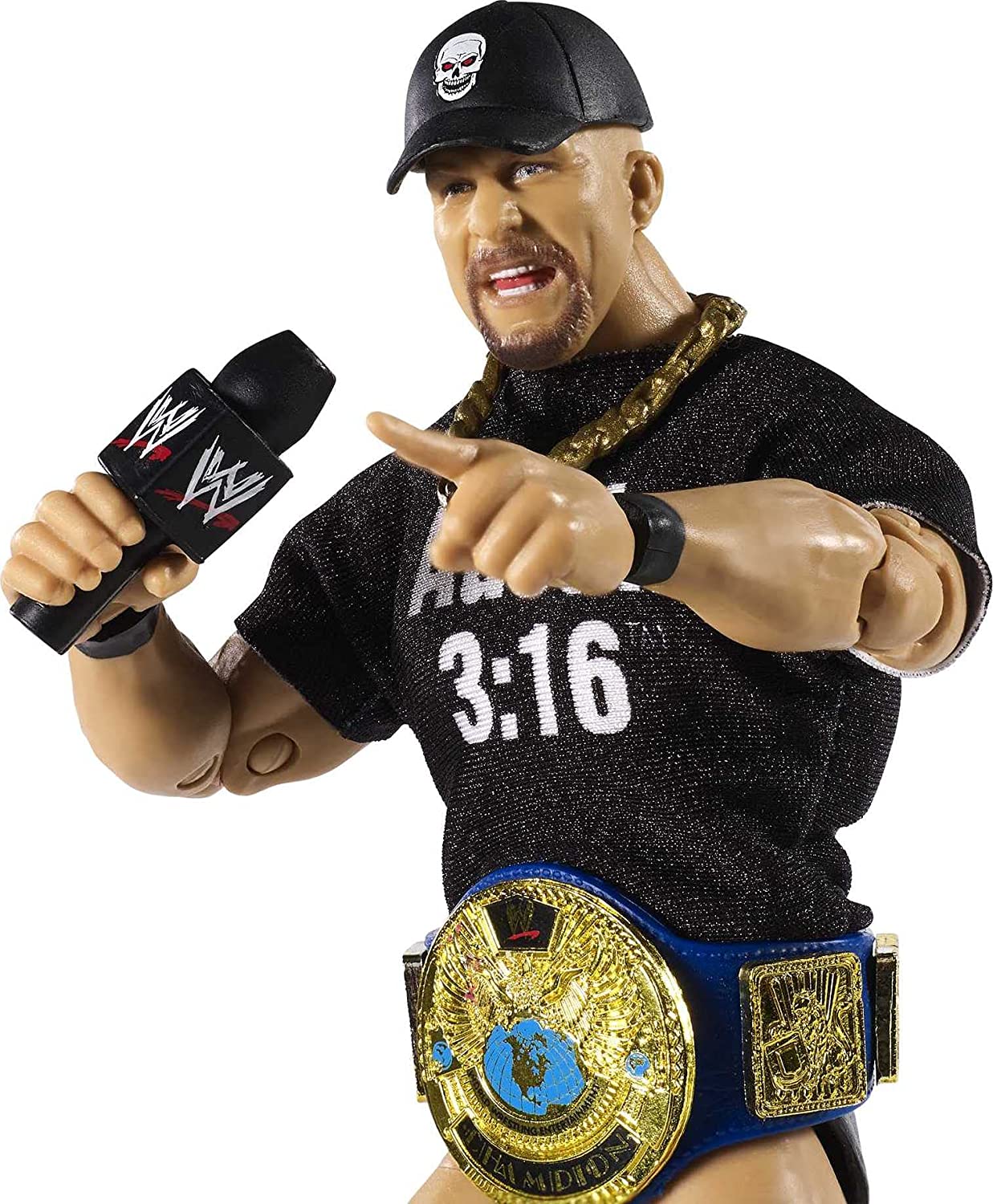 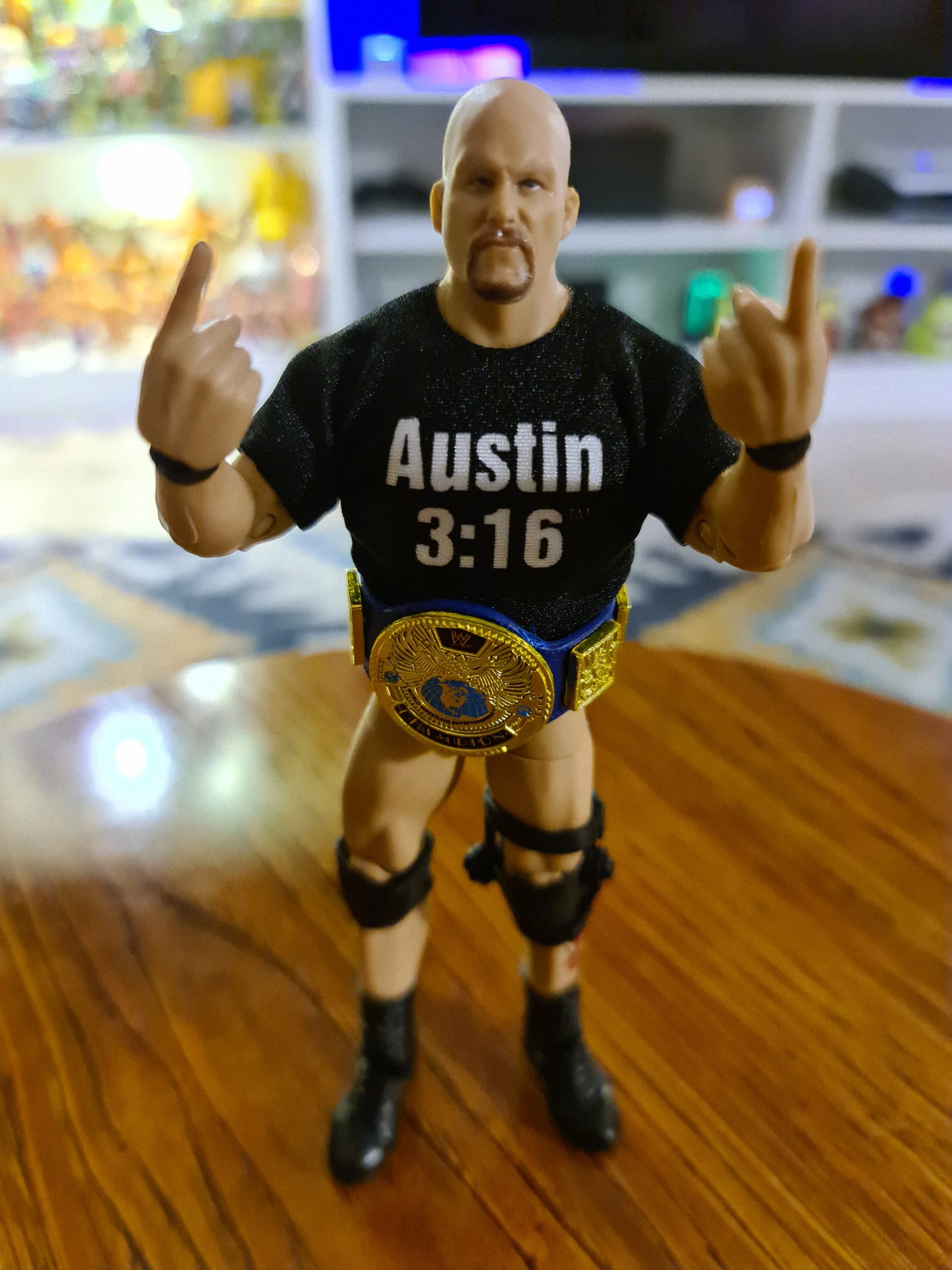 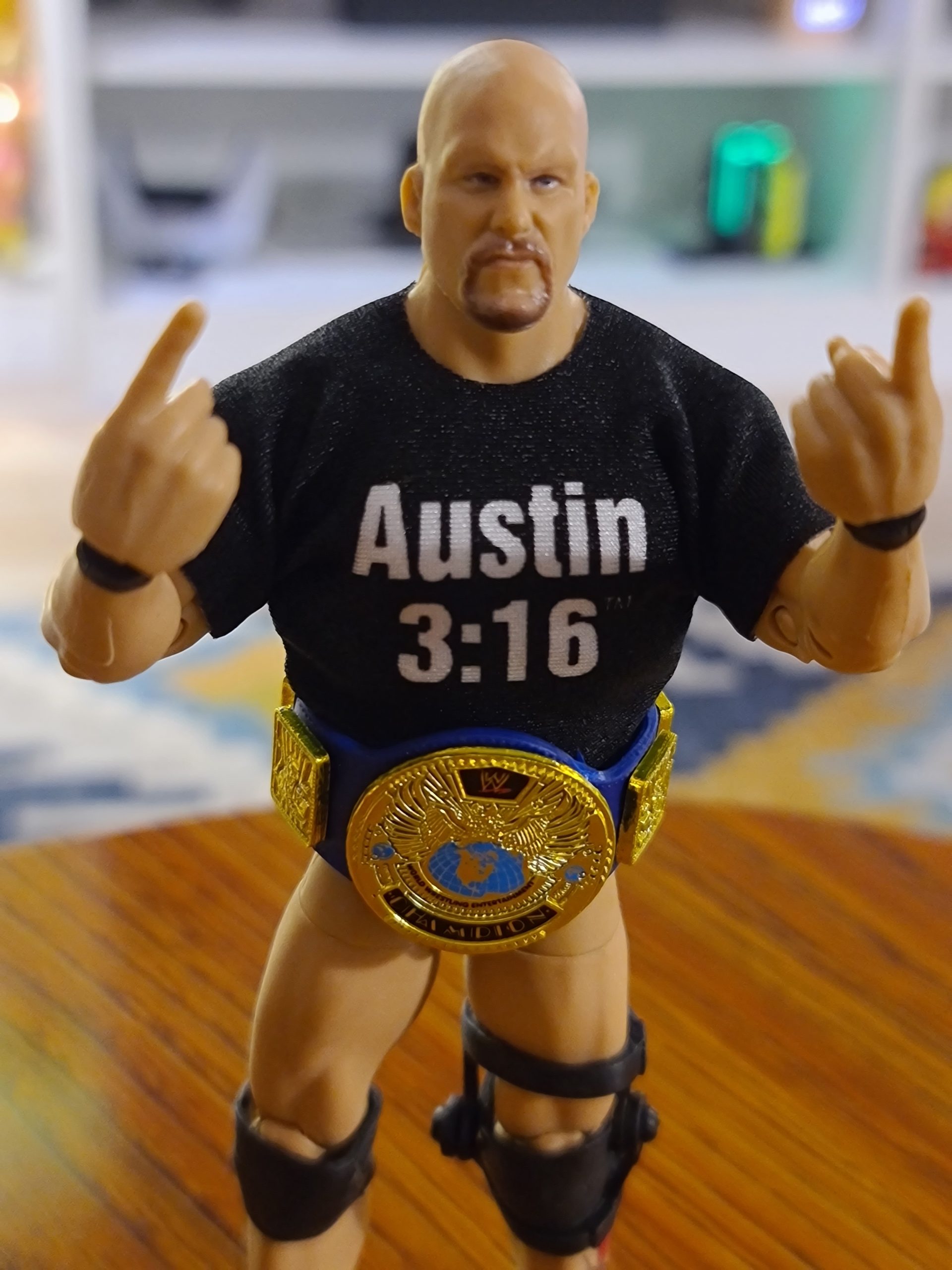 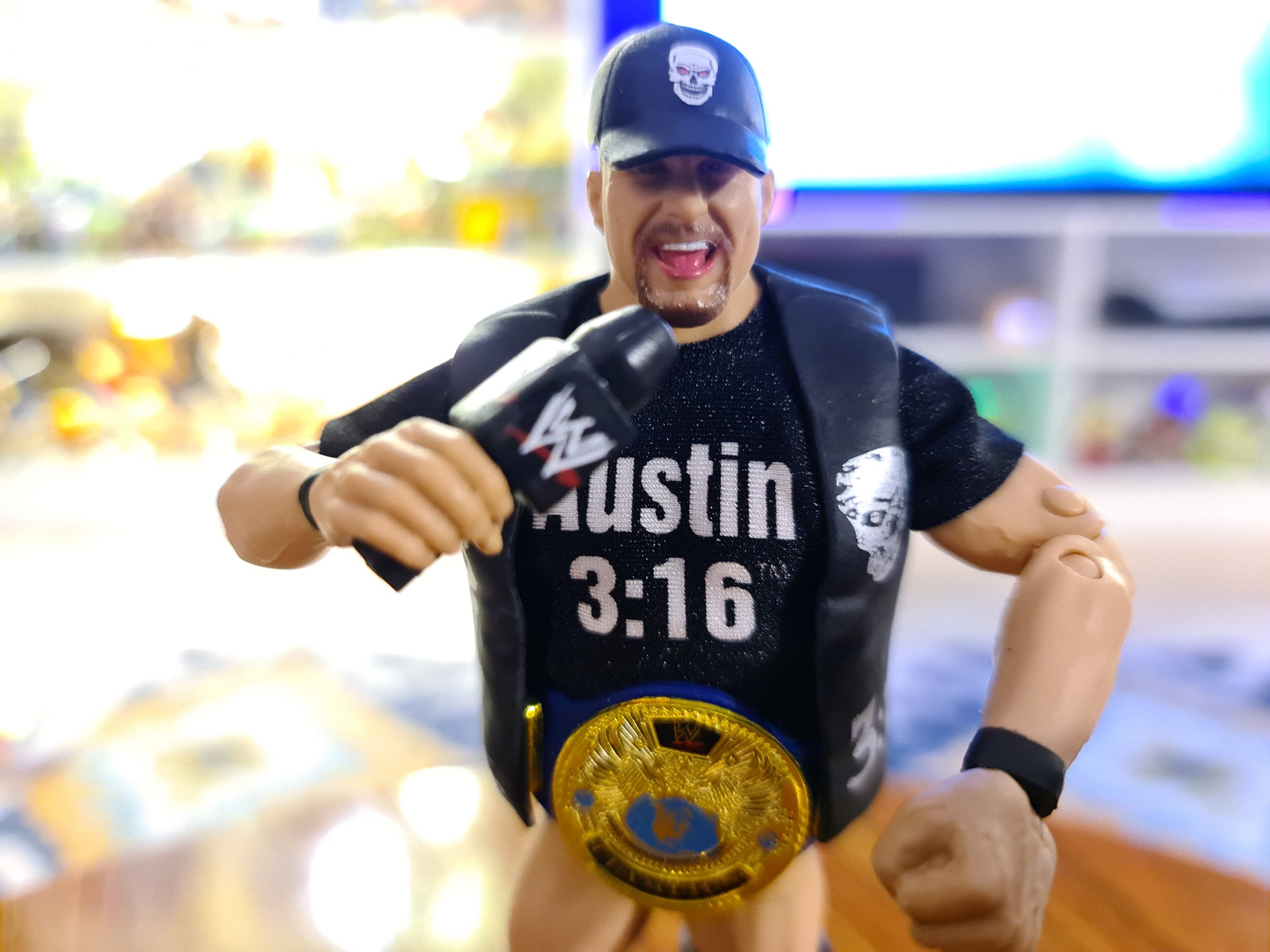 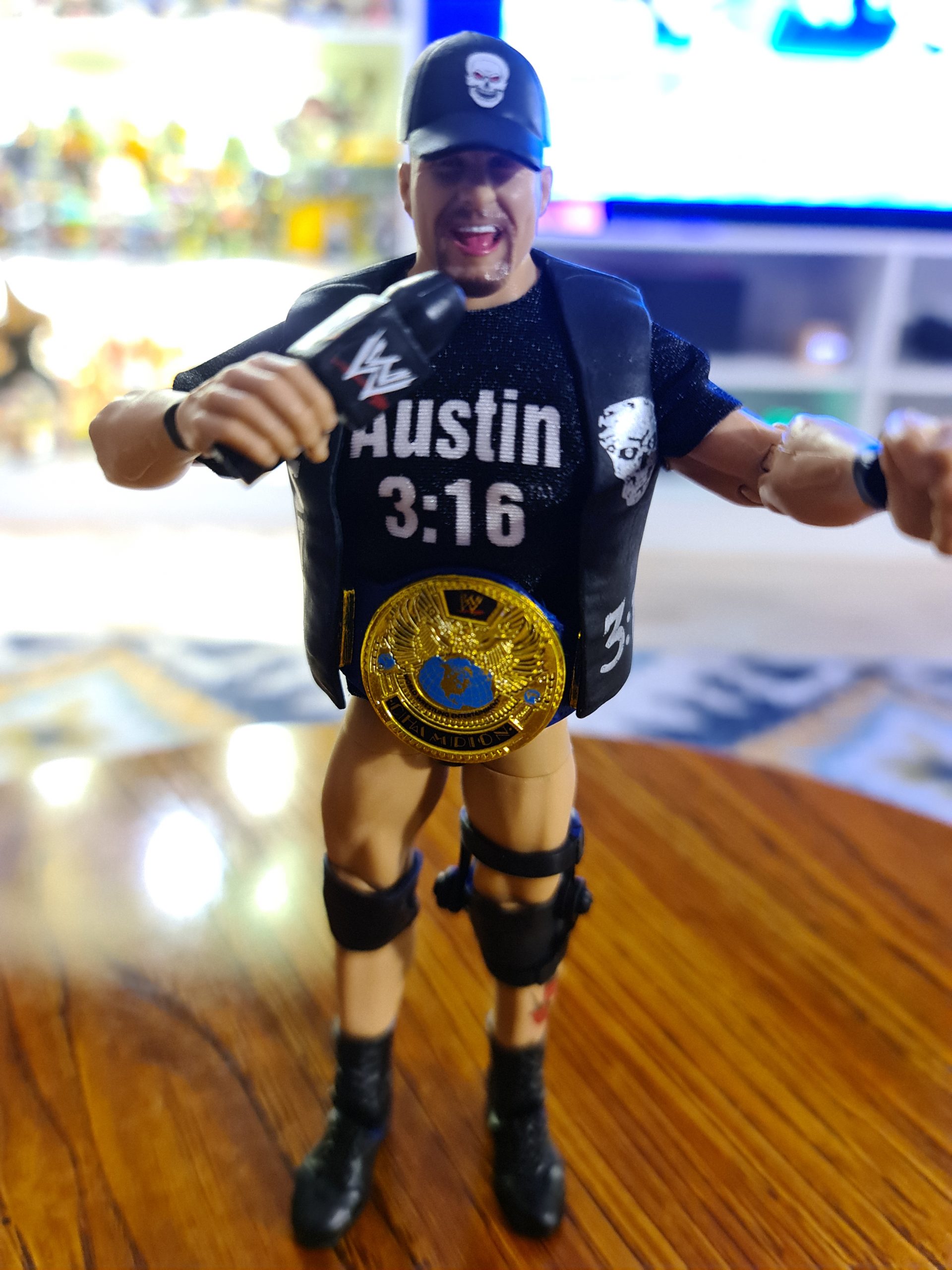 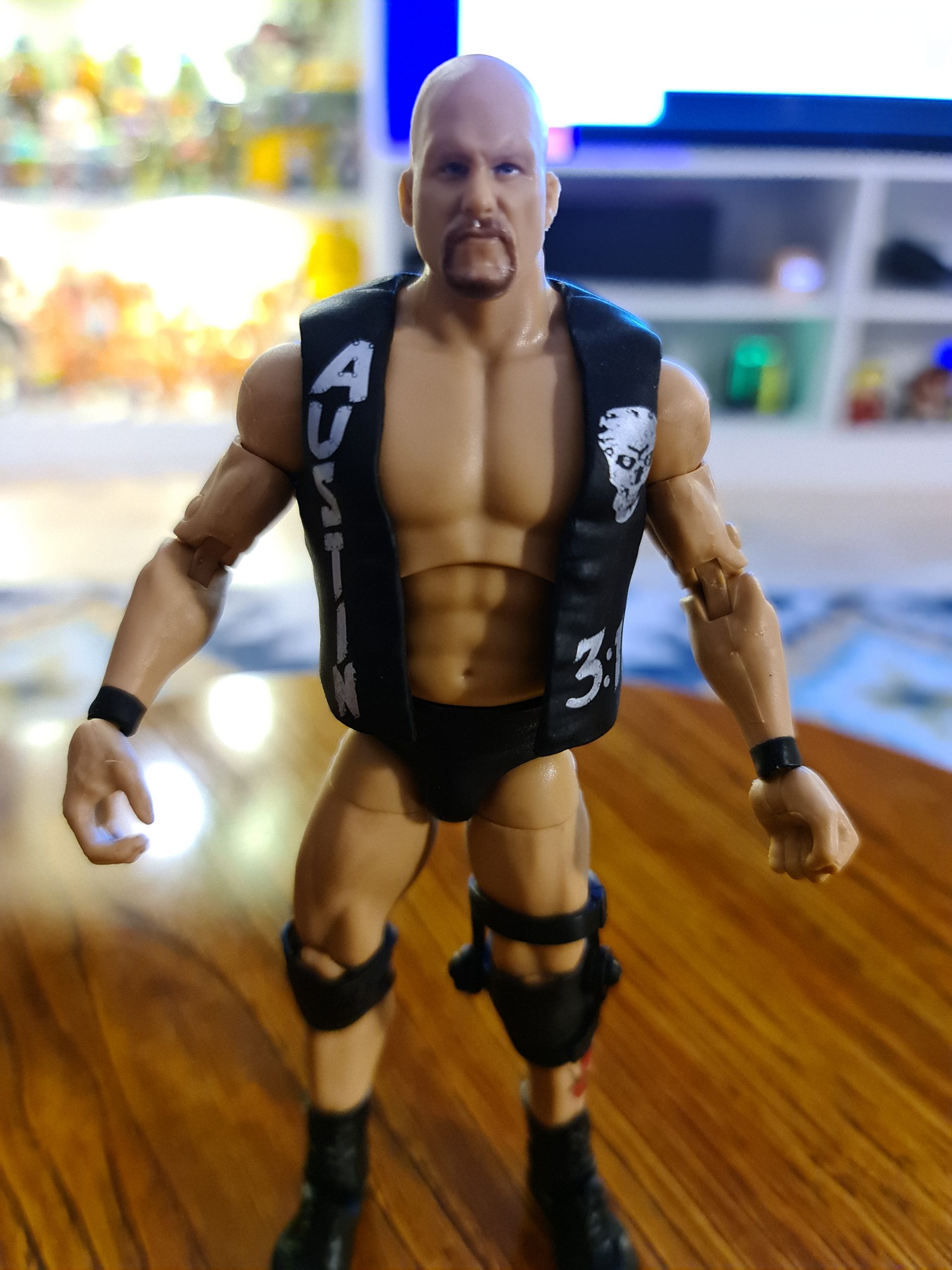 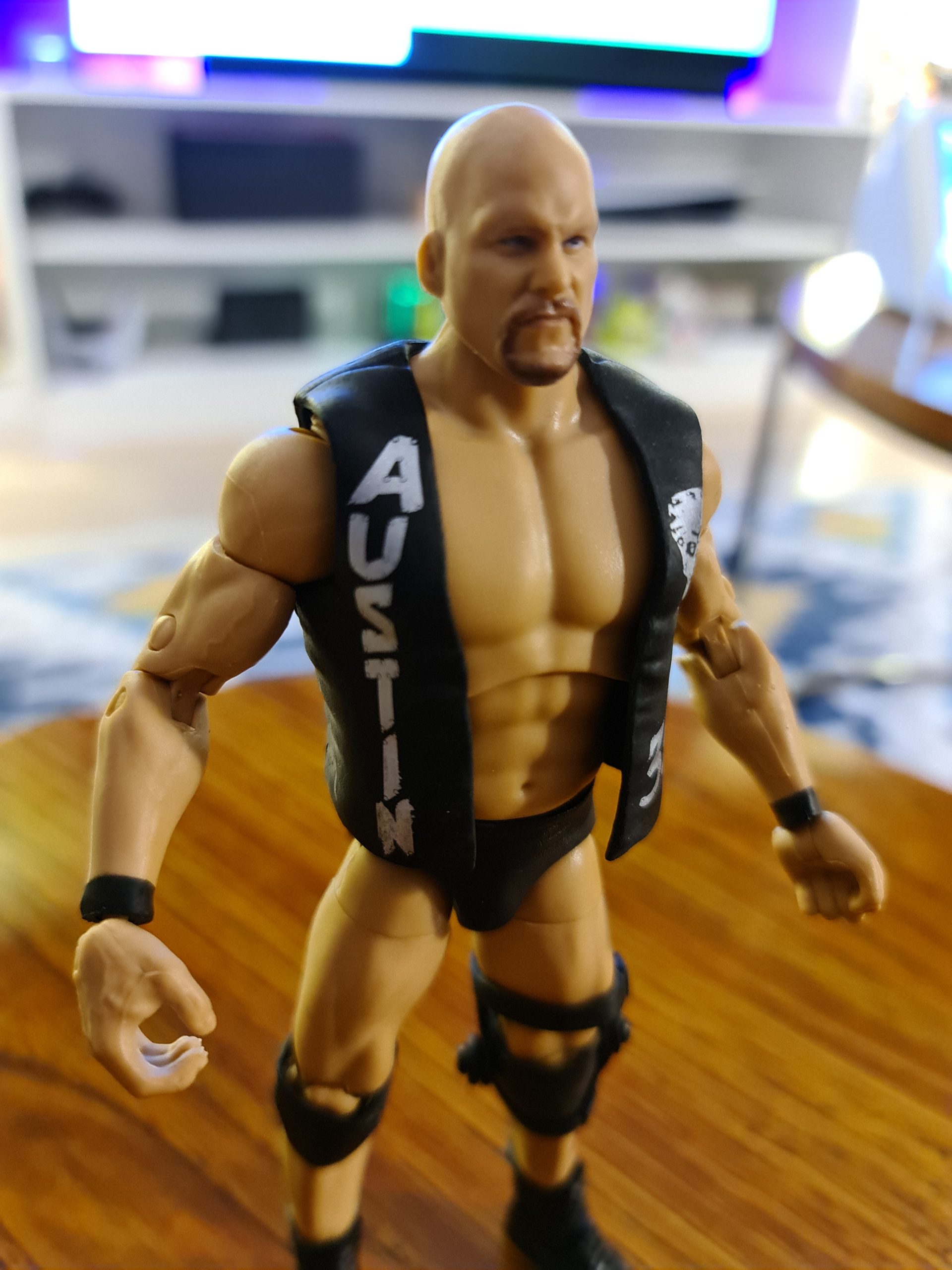 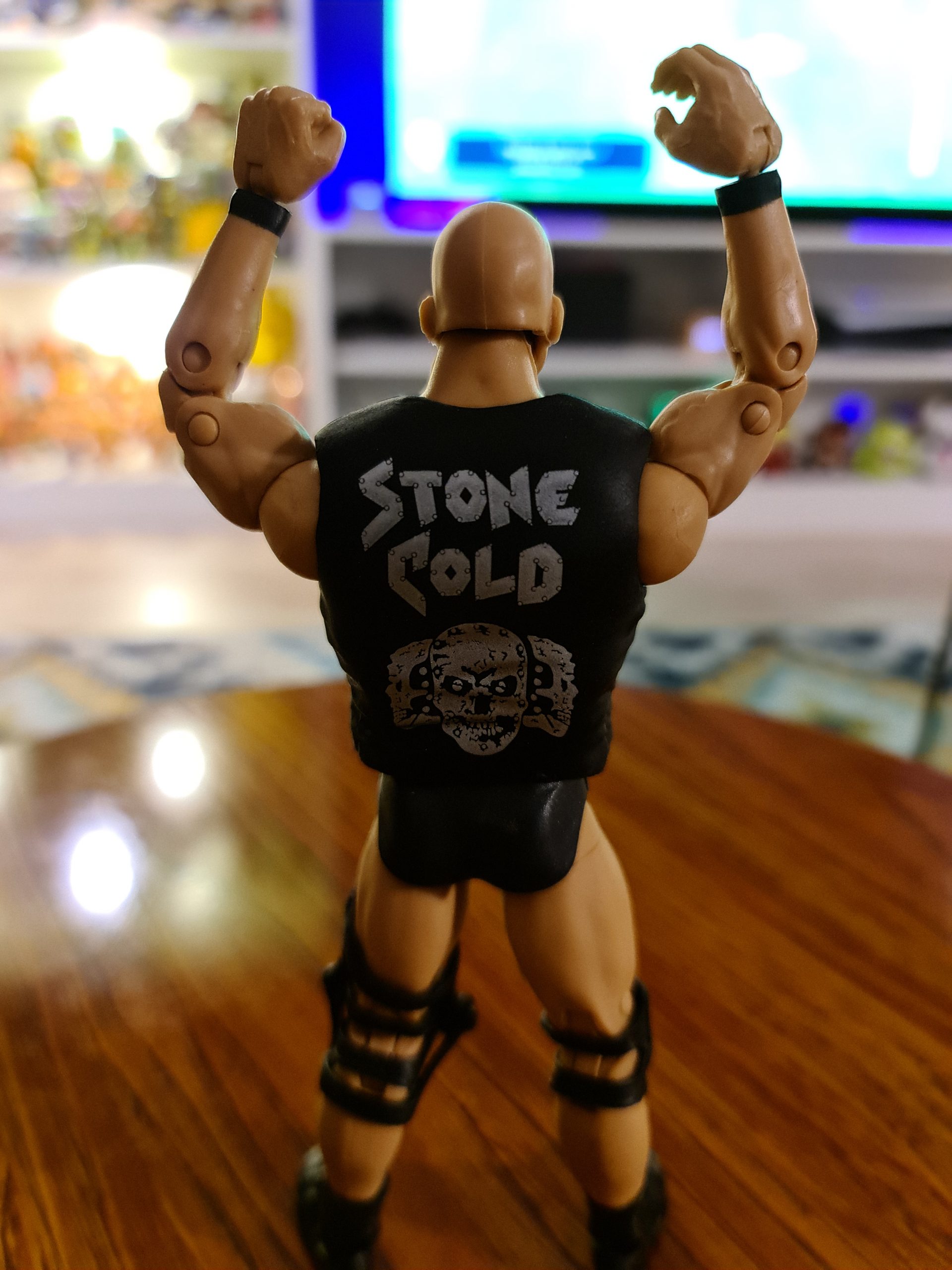 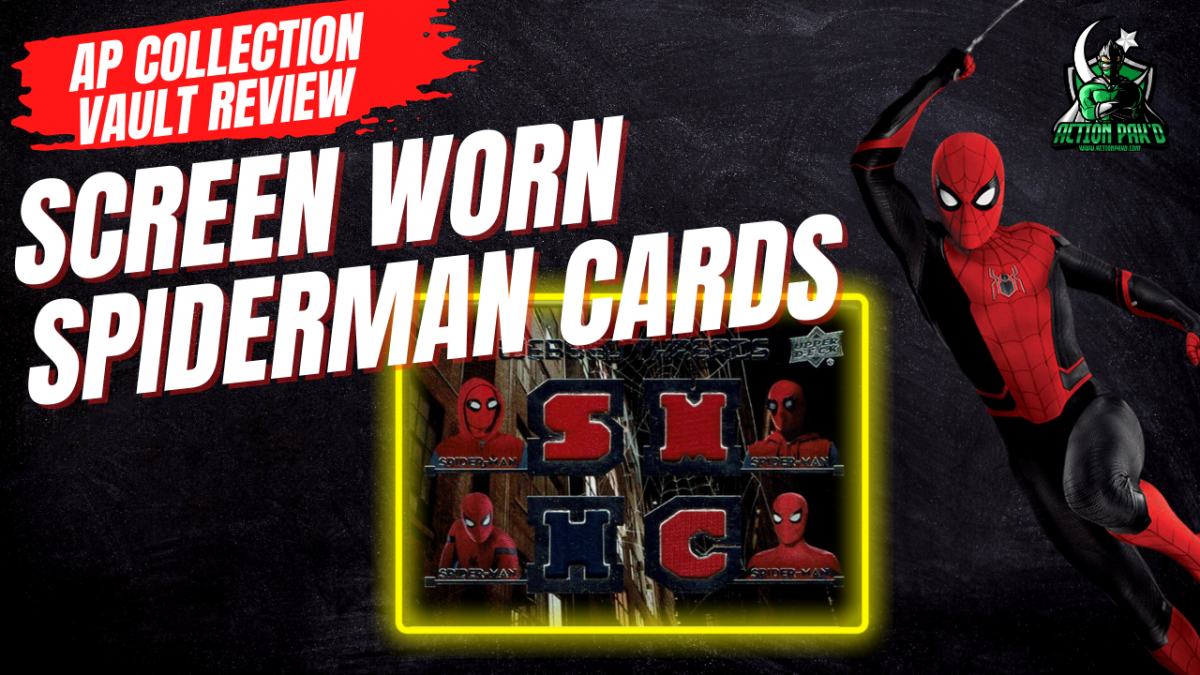 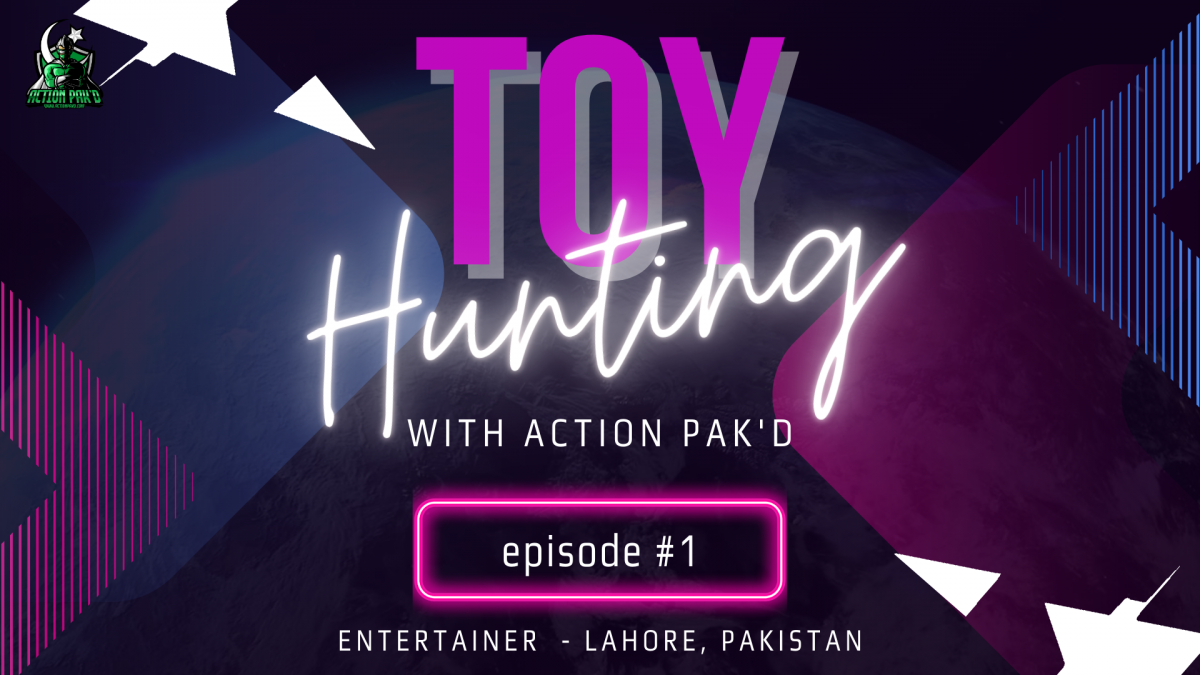 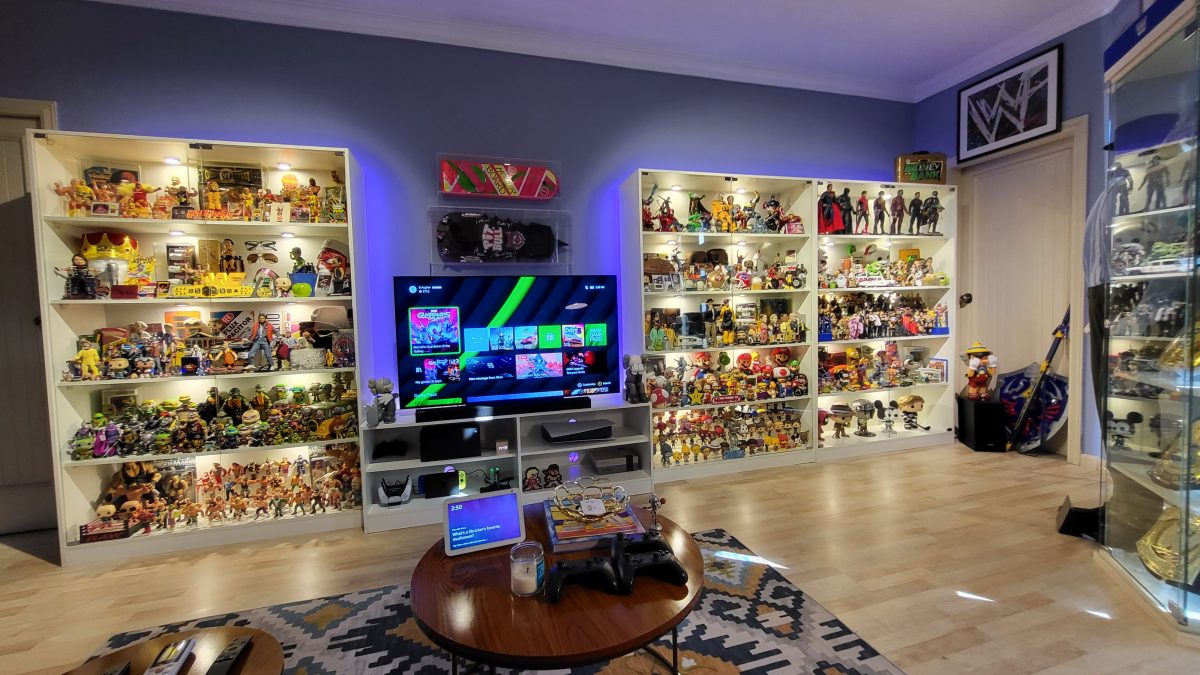 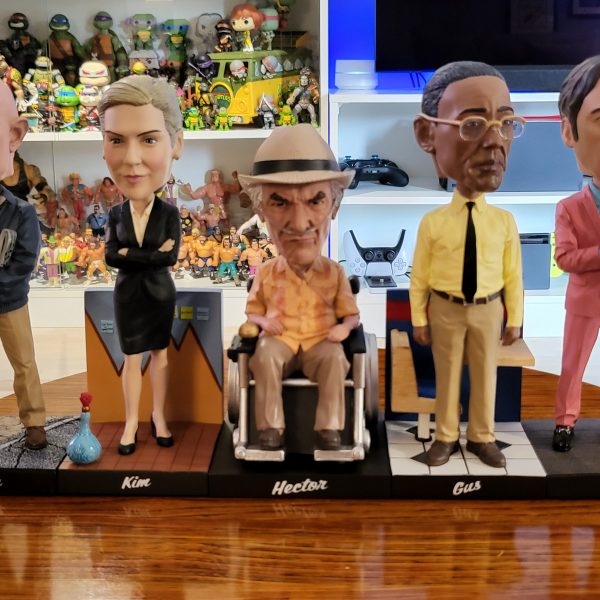 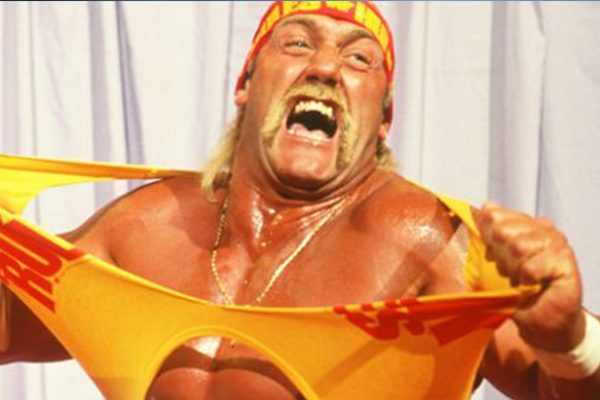 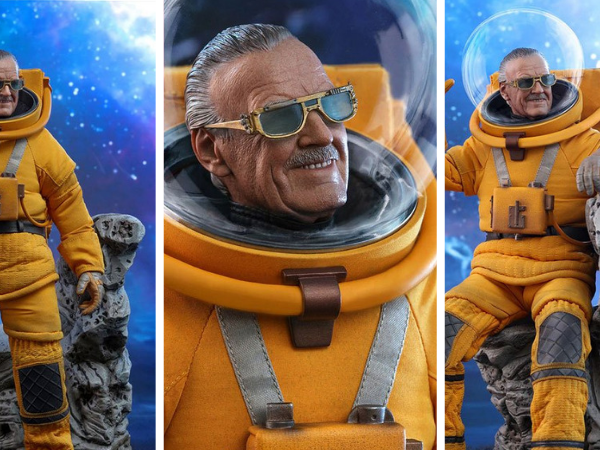 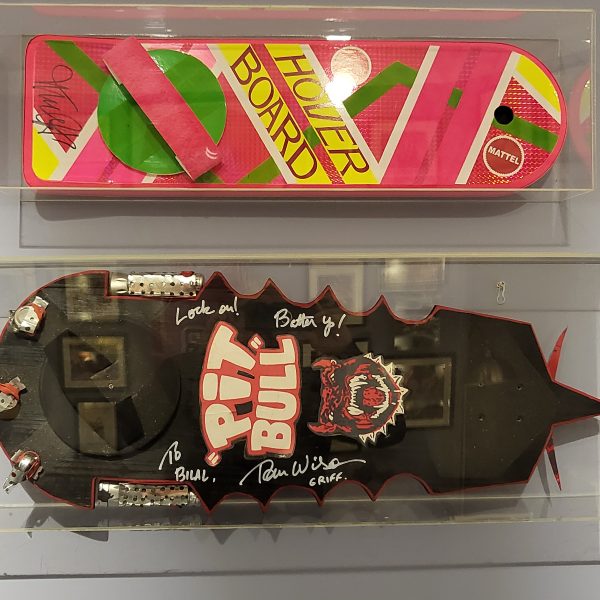 The Vault: Back to the Future Marty & Griff Autographed Hoverboards